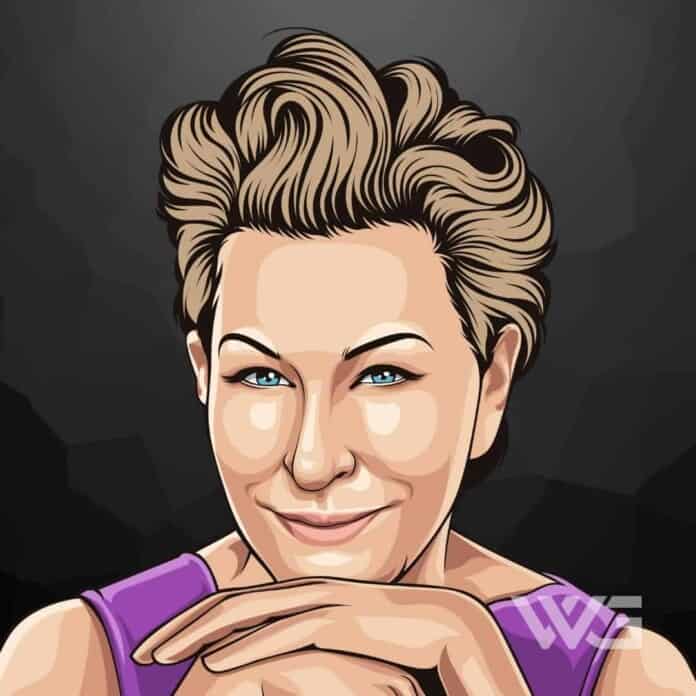 What is Bette Midler’s net worth?

As of February 2023, Bette Midler’s net worth is estimated to be roughly $250 Million.

Bette Midler is an American singer, songwriter, actress, comedian, and film producer from Honolulu. Midler began her professional career in several Off-Off-Broadway plays, prior to her engagements in Fiddler on the Roof and Salvation on Broadway in the late 1960s.

Bette Midler was born on the 1st of December, 1945, in Honolulu. Her mother, Ruth, was a seamstress and housewife and her father, Fred Midler, worked at a Navy base in Hawaii as a painter.

She was named after actress Bette Davis, though Davis pronounced her first name in two syllables, and Midler uses one. She was raised in Aiea and attended Radford High School, in Honolulu.

Midler shifted to New York and made her debut on stage with American playwright and theatre director Tom Eyen’s play ‘Miss Nefertiti Regrets’ in 1965. She played the unaccredited role of a background actor, ‘Miss David Buff’ in the 1966 American film, ‘Hawaii’, a role which helped her earn money to relocate from Hawaii to New York.

From 1966 to 1969, she became acquainted with the Broadway show ‘Fiddler on the Roof’ and the rock musical ‘Salvation’. In 1970, she gained attention while singing at ‘The Continental Baths’, a gay bathhouse located in New York City. It was here that she attracted numerous guests and gathered a huge fan following.

In 1986, she played the role of ‘Barbara Whiteman’ in the comedy film ‘Down and Out in Beverly Hills’, directed by Paul Mazursky. That year she was also seen in the comedy movie, ‘Ruthless People’.

In 2003, her album ‘Bette Midler Sings the Rosemary Clooney Songbook’ was released. It was nominated for Grammy Award and the album featured the hit single ‘White Christmas’ and was dedicated to singer Rosemary Clooney, who died the previous year.

In 2005, her album titled ‘Bette Midler Sings the Peggy Lee Songbook’ was released.

The following year, she came out with the holiday-themed album ‘Cool Yule’, which featured many Christmas melodies. In 2012, she acted in the family comedy film ‘Parental Guidance’, which was directed by Andy Fickman.

Here are some of the best highlights of Bette Midler’s career:

“Self-esteem is something you have to earn! The only way to achieve self-esteem is to work hard. People have an obligation to live up to their potential.” – Bette Midler

“I’m not interested in perfection. The universe is perfect, and there are some works of art that we see as perfect, but human beings aren’t perfect.” – Bette Midler

“I tried to charm the pants off Bob Dylan, but everyone will be disappointed to learn that I was unsuccessful. I got close – a couple of fast feels in the front seat of a Cadillac.” – Bette Midler

“You have to think you’re the greatest thing since sliced bread, but you have to know that you’re not.” – Bette Midler

“Sometimes you have to make your own opportunities, and that’s why I’m on TV. I wasn’t going to sit around anymore, waiting for the damn phone to ring. I had to create my own place – I’ve always done that.” – Bette Midler

Now that you know all about Bette Midler’s net worth, and how she achieved success; let’s take a look at some of the best lessons we can learn from her:

1. Go Through Every Moment in Life as if You Are a Student of Life

Never believe that you have learned everything there is to be learned. Be an active learner to always better yourself and your lifestyle.

2. Our Relationships Are Important

If it is for your future, put forth the money to learn and grow towards your success. Just be wise about your choices.

How much is Bette Midler worth?

Bette Midler’s net worth is estimated to be $250 Million.

How old is Bette Midler?

How tall is Bette Midler?

Bette Midler is a Grammy and Golden Globe Awards winner. She is one of the bestselling female singers, her albums have sold over 30 million copies worldwide. She rose from very a humble beginning – from being a cabaret dancer at a gay bathhouse, she went on to become one of the most successful singers in the music industry.

What do you think about Bette Midler’s net worth? Leave a comment below.