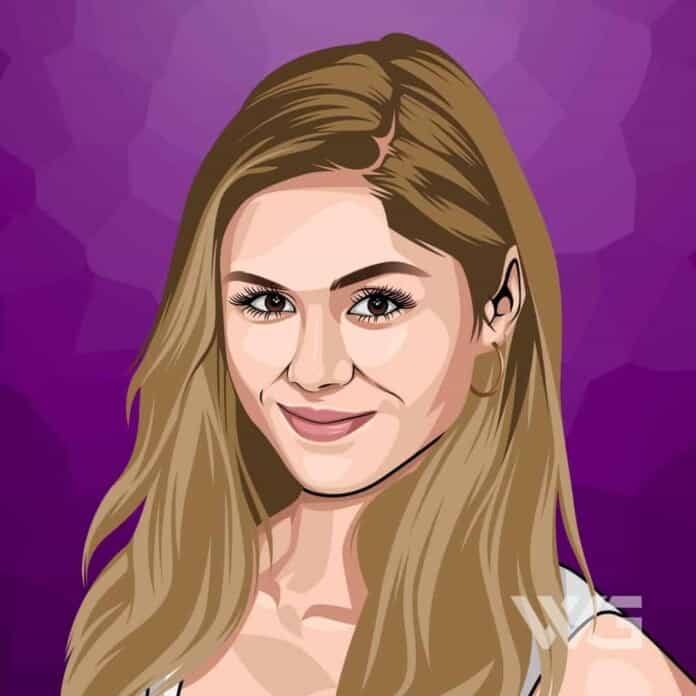 Erin Moriarty is an American actress from New York. Moriarty has had recurring roles on the television series ‘One Life to Live’ and ‘True Detective’, was a series regular on ‘Red Widow’ and ‘Jessica Jones’, and has appeared in supporting roles in several films.

Erin Moriarty was born on the 24th of June, 1994, in New York City. She believes her parents are “stylish people.” She has managed to keep her personal life private.

Moriarty was a mischievous kid. She would often get into trouble, as she was a curious kid. In one instance, while on a sleepover, she and her friend sneaked out of the house at night and roamed around New York City.

In 2010, she began her acting career with a supporting role in the long-running soap opera titled ‘One Life to Live.’ She essayed the role of a teenage girl named ‘Whitney Bennett’ in the opera. Back then, she had just landed in Los Angeles and was just 16 years of age.

In 2013, she appeared in a supporting role in the independent coming-of-age drama film ‘The Kings of Summer.’ The film featured her as ‘Kelly.’ It premiered at the prestigious ‘Sundance Film Festival.’

Moriarty appeared as ‘Hope Shlottman in 2015,’ one of the main characters in the ‘Netflix’ series ‘Jessica Jones.’ Although the series was a huge critical and commercial success, it was canceled after three seasons.

In 2016, she appeared in the first lead role of her career, in the French–American crime thriller ‘Blood Father.’ The film featured her in a lead role, with Mel Gibson as her father. The film was a critical success but failed to leave a mark at the box office.

She played ‘Kellie Fliehler,’ the lead role in the drama ‘The Miracle Season in 2018.’ The film was made on a low budget of around $1 million and made 10 times its budget at the box office. It was an average critical success.

Here are some of the best highlights of Erin Moriarty’s career:

“Jordan Vogt-Roberts directed me in ‘Kings of Summer,’ which was his debut feature. I got to witness the passion and hunger that first-time directors bring to projects, and ever since, then I’ve been very intrigued when I’ve come across a project with a less experienced director.” – Erin Moriarty

“I would love to work with the Coen brothers and Terrence Malick. I love both of their bodies of work so much, so I’m really interested in acting under their direction.” – Erin Moriarty

“My parents are both very stylish, so they always encouraged me to explore when it came to personal style. I went through a lot of crazy phases, and I’m still finding myself.” – Erin Moriarty

“‘Fargo’ definitely makes it into my top three favorite films of all time; I have a serious obsession with the Coen brothers.” – Erin Moriarty

Now that you know all about Erin Moriarty’s net worth, and how she achieved success; let’s take a look at some of the lessons we can learn from her:

1. Only You Knows Yourself

It’s not only who you know that makes things happen but with whom you are known. In other words who knows you!

When the door of opportunity opens in your life, even if it’s a small slit. Learn to go through immediately and seize it since you do not know when it will reopen for you again.

Better to weak among the strong than to be strong among the weak. A wounded lion is stronger than a brave dog and unrefined gold is better than clean silver.

How much is Erin Moriarty worth?

Erin Moriarty’s net worth is estimated to be $1.5 Million.

How old is Erin Moriarty?

How tall is Erin Moriarty?

Erin Moriarty is an American actor, best known for appearing in series such as ‘True Detective’ and ‘One Life to Live.’

Born and raised in New York City, Erin wanted to act ever since she was a kid. With ample support from her parents, she plunged into acting following her high-school graduation.

What do you think about Erin Moriarty’s net worth? Leave a comment below.