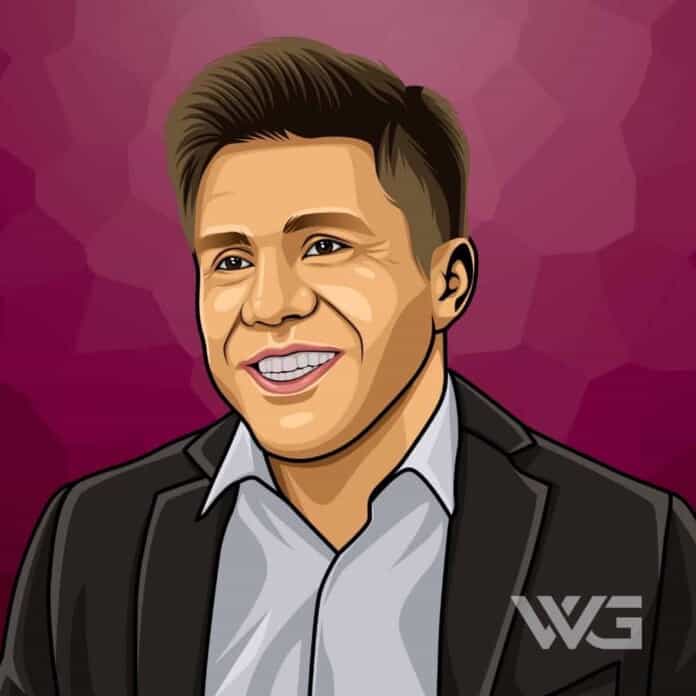 What is Henry Cejudo’s net worth?

Cejudo is currently signed to the Ultimate Fighting Championship (UFC), where he is the reigning champion of both the promotion’s Bantamweight and Flyweight divisions.

As of December 2022, Henry Cejudo’s net worth is estimated to be roughly $2 Million.

Henry Cejudo was born on the 9th of February, 1987, in Los Angeles.

Both his parents were born in Mexico City, Mexico. He is one of seven children and raised by a single mother.

Cejudo’s parents were both undocumented immigrants and he moved nearly 50 times as a child, traveling between California, New Mexico and Arizona.

In 2014, Cejudo signed with the UFC. He is the third Olympic gold medalist wrestler in company history, after Mark Schultz and Kevin Jackson. Cejudo was expected to face Scott Jorgensen on August 30, 2014, at UFC 177.

In his eventual debut, Cejudo faced Dustin Kimura in a bantamweight bout on December 13, 2014, at UFC on Fox 13.Cejudo won the fight by unanimous decision.

Cejudo was briefly linked to a bout against former title challenger Joseph Benavidez on September 5, 2015, at UFC 191.[28] However, the fight did not take place at the event.

Cejudo faced Wilson Reis on September 9, 2017, at UFC 215. He won the fight via TKO in the second round. This win also won Cejudo his first Performance of the Night bonus award.

Two years after challenging for the Flyweight title, Cejudo faced Demetrious Johnson in a rematch for UFC Flyweight Championship title in the co-main event at UFC 227 on in 2018.

Here are some of the best highlights of Henry Cejudo’s career:

“You feel like a criminal. Knowing you can knock somebody out and know you can put somebody in a temporary coma, that’s what you want to go for. It shows how strong, how powerful a person can be to be able to do that.” – Henry Cejudo

“Being a champion is just priceless. I’m not trying to sound arrogant or anything but being Olympic champ, you have every country coming together and competing. Doing what they do best, getting awards, money. Coming together and competing in the most competitive way possible with the best from all these different countries on Earth and winning. To me that’s priceless.” – Henry Cejudo

“I want to be like Rocky Balboa. Give me a title shot right away! I’ll prove myself.” – Henry Cejudo

“Wrestling was my first love, what better what to do it with than with a girl that is everybody’s freakin drooling over, you know? I met her on the plane on my way over to the UFC. Im a big fan, I watch her show. My little niece is like, the biggest Nikki Bella fan. Turned into my lucky charm, now she’s calling me out on social media.” – Henry Cejudo

Now that you know all about Henry Cejudo’s net worth, and how he achieved success; let’s take a look at some of the strongest lessons we can learn from him:

1. Life Will Hit You Hard

2. Learn From the Past

Things in your life are not static. You will grow and mature as the years go by. Do not believe in labels assigned to you by people when you were younger.

3. Surround Yourself With Good People

By being around people who support and encourage you can help you reach the success you’re aiming for.

How much is Henry Cejudo worth?

Henry Cejudo’s net worth is estimated to be $2 Million.

How old is Henry Cejudo?

How tall is Henry Cejudo?

Henry Cejudo is an American mixed martial artist who made his professional MMA debut with a win over Michael Poe in March 2013. He is considered to be one of the greatest boxers of all time.

What do you think about Henry Cejudo’s net worth? Leave a comment below.