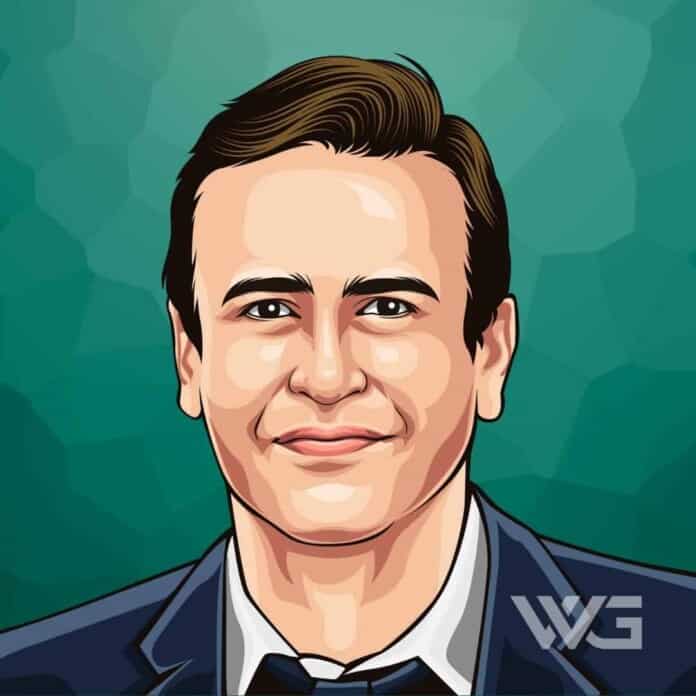 What is Jason Segel’s net worth?

Jason Segel is an American actor, comedian, screenwriter, and producer from California.

He is best known for his role as Marshall Eriksen in the CBS sitcom ‘How I Met Your Mother’, as well as for his work with producer Judd Apatow on the television series ‘Freaks and Geeks’ and ‘Undeclared’.

Jason Jordan Segel was born on the 18th of January, 1980, in Los Angeles, California. He is the son to Alvin Segel, a lawyer and Jillian, a homemaker.

His family is an affluent one and he received his education from the prestigious Harvard-Westlake School. He grew up to be a tall, well built and athletic teenager.

Segel landed his first acting role when he was 18. He auditioned for writer-director Judd Apatow who cast Segel in a new television series called ‘Freaks and Geeks’, a 1980s high school dramatic comedy.

Even though ‘Freaks and Geeks’ ran for only one season (1999–2000), it made Segel a popular face. Apatow went on to create the sitcom ‘Undeclared’ as a follow-up to ‘Freaks and Geeks’. It was aired on Fox during the 2001–02 season.

He was offered the role of Marshall Eriksen, the best friend of the protagonist in the television sitcom ‘How I Met Your Mother’, in 2005.

The year 2010 was a very busy one for him. He appeared in the comedy ‘Get Him to the Greek’ and also wrote most of the soundtrack’s music.

Segel was involved with several projects in 2011 as well. He acted in the comedy ‘Bad Teacher’ which also starred Cameron Diaz and Justin Timberlake.

In 2015 he portrayed noted writer David Foster Wallace in the drama film ‘The End of the Tour’.

The film, which was based on a memoir by David Lipsky, received widespread acclaim from critics and was honored in numerous “Best of 2015″ lists, including ‘The New York Times’ and ‘Vanity Fair’.

Here are some of the best highlights of Jason Segel’s career:

“My mother taught me to be nice to everybody. And she said something before I left home. She said, ‘I want you to always remember that the person you are in this world is a reflection of the job I did as a mother.” – Jason Segel

“The narrative of our lives is a total construct. We get to choose what that is. That is something I’ve realized as I’ve gotten older. I have a lot of choices about the story that I’m telling myself about my life. So where do I find meaning?” – Jason Segel

“A man can certainly be a Muppet. Being a Muppet is a state of mind. It’s about finding that little part of you that’s unique, and not being embarrassed by it, but cherishing it.” – Jason Segel

“If it’s an achievement that you place your value in, you’re never going to achieve enough. If it’s power, you always need to wield power over others. But if you do something and are a part of what is happening, then you’re always in it and it’s always enough.” – Jason Segel

“We have reached a very cynical era of comedy. The Muppets have proven, for 40 years, that you can get laughs without ever doing it at someone else’s expense, and I think that that’s a really important thing for kids to realize.” – Jason Segel

View our larger collection of the best Jason Segel quotes!

Now that you know all about Jason Segel’s net worth, and how he achieved success; let’s take a look at some of the strongest lessons we can learn from him:

1. Say Something Awesome To Yourself Every day

Positive reinforcement can help you maintain an upbeat mood even in the worst of times. Treat yourself well.

Didn’t that feel awesome? Yeah, try doing that more. You should feel better.

Happiness is a state of mind.

How much is Jason Segel worth?

Jason Segel’s net worth is estimated to be $50 Million.

How old is Jason Segel?

How tall is Jason Segel?

Jason Segel is an American actor and comedian best known for his role as Marshall Eriksen in the CBS sitcom ‘How I Met Your Mother’.

Segel is also a screenwriter, author, musician, and songwriter whose songs have been featured on several of his acting projects.

What do you think about Jason Segel’s net worth? Leave a comment below.

Known for directing The Fifth Element, Luc Besson is a French director, screenwriter, and producer who has earned millions as a visionary behind the camera.