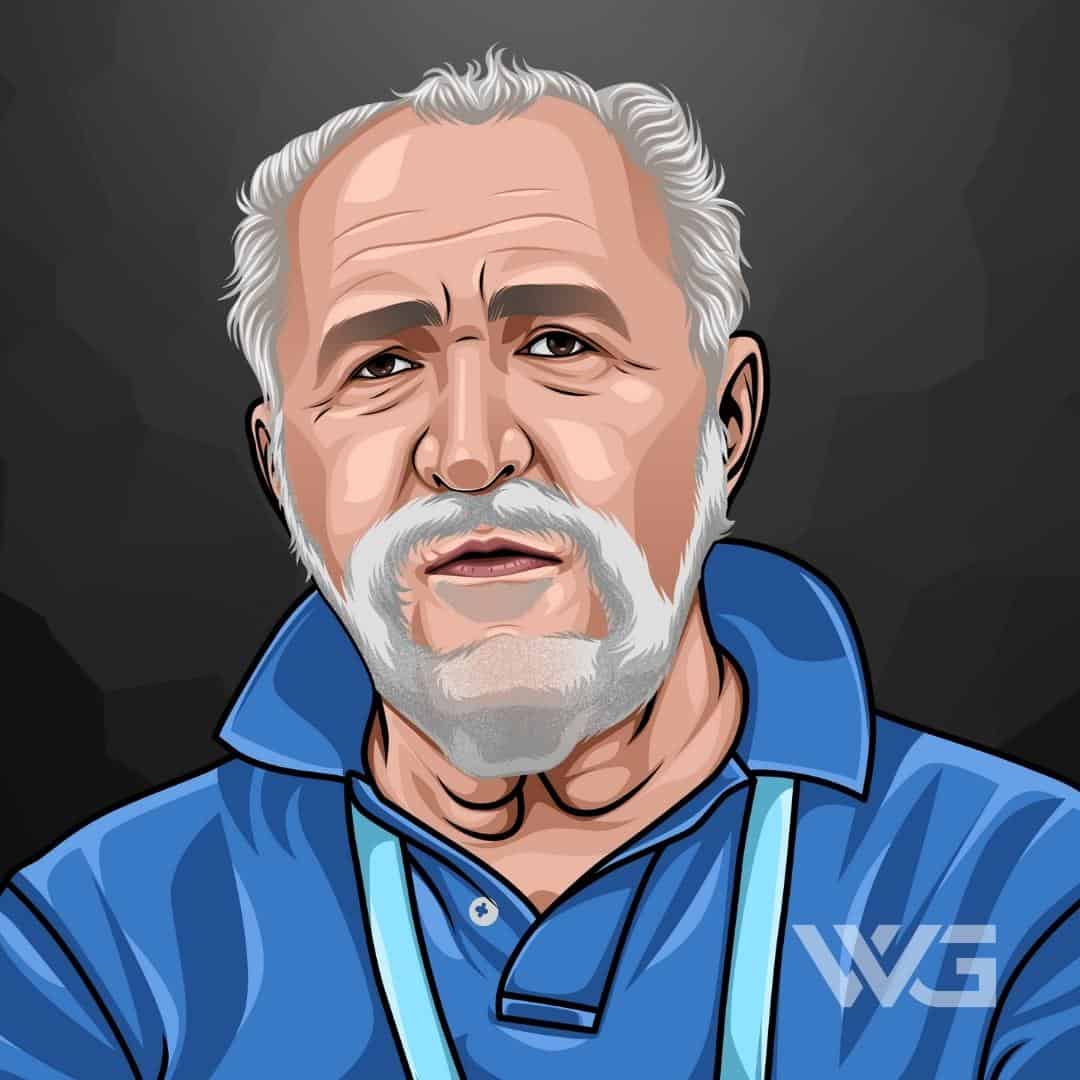 What is Ion Tiriac’s net worth?

He was not only a top professional tennis player, but also a professional ice hockey player who represented Romania in the 1964 Winter Olympics.

He retired from competitive sports in 1979 and is currently president of the Romanian Tennis Federation.

Ion Tiriac was born May 9, 1939, in Transylvania, Romania. When he was 10, Ion’s father died, leaving his mother to raise him alone.

At the age of 15, Ion started working at a truck factory but discovered that he loved sports and cut his hours down to make room for practice. He is a graduate of the Institute of Sport, in Bucharest and received the Emeritus Sports Master distinction on graduating in 1964.

The same year that he graduated, Ion was chosen for the Romanian National ice hockey team, an opportunity which took him to the 1964 Winter Olympics in Innsbruck.

Realizing that he needed a change, Ion changed over to his first love, tennis, shortly after competing in the Winter Olympics. Ion had previously played tennis at school and it would go on to become his main focus for the duration of his professional career.

Alongside his partner, Ilie Nastase, Ion won the men’s doubles at the 1970 French Open and also reached the Davis Cup finals multiple times during the 1970s.

Ion was the first male tennis player to go up against a woman, Abigail Maynard, whom he defeated at the County International Tennis Championships.

In 1979, Ion retired after winning the Romanian tennis championships nine times, but his retirement did not end his connection with tennis. He decided to coach top tennis players and managed Stefi Graf as well as Boris Becker’s career from 1984 up until 1993.

Ion helped pave the way for players like Rafel Nadal, Roger Federer, and Venus Williams to earn the massive amounts of money that they do from tennis.

In 1998, Ion became the president of the Romanian Olympic and Sports Committee. Ion’s goal was to become a tennis promoter throughout Europe and the USA, which he did very successfully, managing tournaments worldwide. Some of the more popular events included the Eurocard Open, Italian Open, Austrian Open, and Open Romania.

Tennis was set to become a more popular sport, especially with the advent of televised sports and advertising in the 1980s. He wasted no time in buying licenses for multiple professional tournaments, a move that paid off handsomely. With his earnings from his tennis career not being as high as he had hoped, he decided to auction off the licenses to municipalities in different cities.

As his portfolio increased, he began construction of the complex called Casa Magica, which was to become one of the most important tournaments in the world.

With his talent for spotting profitable opportunities, hard work, and determination, he has created a net worth of over a billion dollars. You won’t find much in his official Instagram account as he’s old school, and not often found online.

Ion is an entrepreneur who can spot a chance a mile away. With his background in professional sports, he has managed to earn massive fees from managing the top pros in tennis.

Ion shows no signs of slowing down despite his age. It is expected that he will continue to pull in huge fees from tournaments and management contracts for many more years.

Right from the start of his career, Ion Tiriac had his eyes on becoming incredibly wealthy. Based on his reported earnings, Ion has more than reached his early goals to become super-wealthy.

Here’s a breakdown of Ion Tiriac’s annual net worth:

With his business dealings in management and property investment, Tiriac’s empire continues to grow. His enormous wealth will continue to increase as he finds new and innovative ways to extract value from professional sports.

Ion was married to handball player, Erika Braedt, in 1963, but unfortunately, the couple got divorced after only two years had passed.

Tiriac loves Africa and bought the Wabi Game Lodge in Namibia a few hundred miles to the north of the capital Windhoek. He is reported to have said that he’d retire there if he wasn’t such a workaholic with a tight schedule.

Having spent a long time at the top of international sport, it is little wonder that Tirac has collected such a vast array of tournament wins and awards.

In his home country of Hungary, Tiriac is seen as a hero for what he has done for their image on the world stage.

Here are some memorable moments from Ion Tiriac’s career:

While Ion is no longer quite as much in the limelight, it is expected that he will continue to receive awards and accolades for his contribution to the modern sports scene.

How Does Ion Tiriac Spend His Money?

It is well known that Ion has a passion for collecting cars and motorcycles. He has over 400 different models and owns a museum with over 200 rare luxury cars that are a part of his collection.

With his love for driving the most expensive cars in the world, Ion is regularly behind the wheel of whichever car takes him to meetings or appointments.

His other investments are mainly in real estate. He has 7 houses throughout Europe, with one of them being in his hometown in Romania.

Another of Ion’s passions is boar hunting. When they are caught, they are then donated to orphanages. He also spends a considerable amount of time at his game lodge in Namibia.

Ion Tiriac is a multi-sport Olympian with a passion for tennis and for ice hockey, which took him to both the Summer and Winter Olympics.

He took his knowledge of the international sports scene and used it to manage some of the richest tennis players in the world, such as Goran Ivanišević.

Here are some of the best highlights of Ion Tiriac’s career:

While he may not be quite as active on the tennis court these days, Ion Tiriac still has his fingers on the pulse of the sport.

After having seen and done it all as far as professional sport is concerned, Ion Tiriac turned to management with the same aggression and tenacity that made him such a formidable opponent on the court.

He’s coached some of the world’s best athletes to tournament wins by applying the same aggression and tenacity that made him such a formidable opponent as a player.

Here are our favorite quotes from Ion Tiriac:

Ion Tiriac is a phenomenal sportsman and businessman. He has managed to steer his business through skill and intuition, never wavering in his prime focus on being the best at whatever he puts his mind to.

Now that you know all about Ion Tiriac’s net worth, here are some of the best success lessons to learn from Ion Tiriac:

1. Hard Work and Determination Are The Keys To Success

If you work hard and are determined to get what you want, you will get it. There are no shortcuts in life. If you desire something strongly enough, then you need to put in the work to get it.

2. Know What You’re Good At

If you can’t do it, teach. Once you realize that you will never get any further than where you are, try another route to reach your goal.

3. Honesty And Integrity Is Everything

To be a success in business and life, don’t let others down, rather stay true to yourself.

Ion Tiriac became the richest former sports player in the world. He now lives a luxurious lifestyle, investing in all of his passions and sharing them with the world.

Even after his retirement, he continued to help his former players become the very best they could be.

Through his unique character and many sporting and business achievements, Ion Tiriac has secured a position of wealth and celebrity that he could only have dreamed of as a young tennis player.

What do you think about Ion Tiriac’s net worth? Leave a comment below.