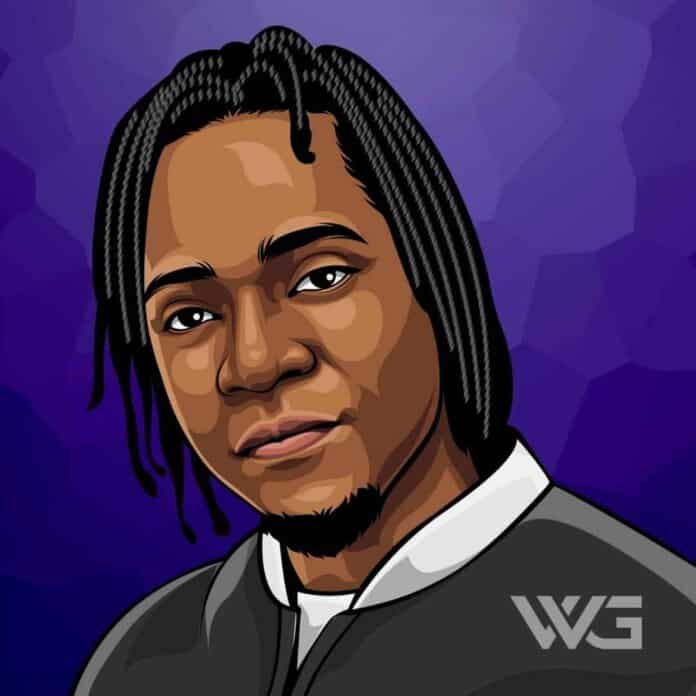 What is Pusha T’s net worth?

As of December 2022, Pusha T’s net worth is estimated to be roughly $14 Million.

Terrence LeVarr Thornton, known as Pusha T, is an American record executive and rapper from The Bronx, New York. He initially gained his recognition when he was in the hip-hop duo Clipse alongside his brother, Gene Thornton.

Pusha T has recently been in the news for his beef with Canadian rapper Drake, where multiple diss tracks have been sent back and forth.

Terrence Thornton “Pusha T” was born in The Bronx, New York on the 13th of May, 1977. Thornton and his family moved to Virginia Beach, Virginia where he and his brother Gene, grew up.

In 1992 Thornton and his brother formed the hip-hop duo, Clipse. The American record producer Pharrell Williams helped the duo to get signed to Elektra Records in 1997.

In 1992 Pusha T and his brother Gene “No Malice” formed the hip-hop band, Clipse, with help from Pharrell Williams. They eventually got signed to Elektra Records and released their first album Exclusive Audio Footage.

The Thornton brothers made an announcement that they were taking time off from their duo to focus on their solo careers.

Pusha T released his first mixtape “Fear of God” in 2011, and later on that year it was announced that he got signed to Def Jam. The first single from Fear of God: Trouble On My Mind debuted at number 66 on the Billboard 200 with 8,900 copies sold in its first week released.

Pusha T has collaborated with some of the best rap artists and hip-hop producers in the world, including the likes of Kanye West, 2 Chainz, Future, and Timbaland. Since then, he’s released multiple albums, sold millions of copies, and gained an incredible net worth.

Here are some of the best highlights of Pusha T’s career:

“I felt like when I got with Kanye, and we discussed me being on G.O.O.D. Music, he just really took me to a place in regards to music that I love and music that I had made previously. We had a clear understanding of what I wanted to make, and he just seemed like he was an advocate for hardcore, uncompromising hip-hop.” – Pusha T

“A good villain exudes charisma and power. He has principles, though; that just gives him a level of dimension. It makes him seem to be a bit unpredictable because he’s usually deemed as some type of evil, ruthless person, and then he shows you his principles, and you don’t know what to think of it.” – Pusha T

“I think Adidas really understands that it’s cool to be in business with the right people. It really feels like a bunch of creative minds rather than some rap guys stamping their names on a sneaker. We’re arguing over shoes, ideas, and everything – it’s like a tug of war.” – Pusha T

“I feel like my lyrics are just dark and scathing. I feel like the lyrics on ‘Darkest Before Dawn’ are uncompromised hip-hop and really speaking to my core fan base. Basically what’s been known in my discography the entire time.” – Pusha T

“I’ve always had some level of having to be independent outside of music because the music wasn’t a smooth ride. We lost a lot in the mix: Everybody that I came in the music game with friends I brought in with me – are all doing 10-34 years in jail. That’s why if you want to get the real, you gotta get it from me.” – Pusha T

How much is Pusha T worth?

Pusha T’s net worth is estimated to be $14 Million.

How old is Pusha T?

How tall is Pusha T?

Pusha T is currently signed to Kanye West’s music label GOOD music. He is known for being one of the most successful rappers of modern time.

He has been working with artists like Kanye West, Timbaland, and Future.

As of December 2022, Pusha T’s net worth is estimated to be roughly $14 Million.

What do you think about Pusha T’s net worth? Leave a comment below.