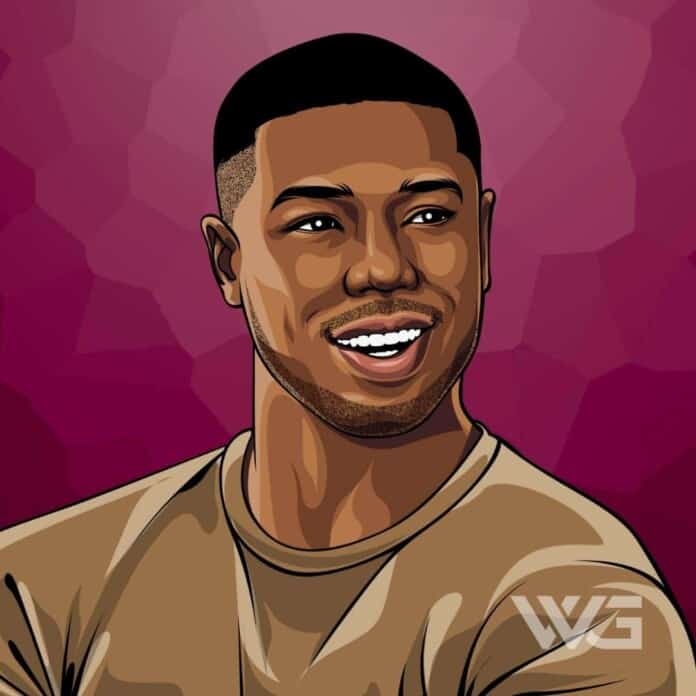 Michael B Jordan Net Worth

What is Michael B Jordan’s net worth?

Michael B. Jordan is an American actor from California.

He is known for his film roles as shooting victim Oscar Grant in the drama ‘Fruitvale Station’, boxer Adonis Creed in the Rocky sequel film ‘Creed’ and main antagonist Erik Killmonger in ‘Black Panther’.

Michael Bakari Jordan was born on the 9th of February, 1987, in California. His father, Michael A. Jordan was a caterer while his mother, Donna Davis Jordan served as a career counselor in a high school and was also an artist.

He has two siblings, elder sister Jamila and younger brother Khalid. He spent the first two years of his life in Santa Ana and thereafter his family relocated to Newark, New Jersey.

Jordan demonstrated that he was an actor par excellence when immaculately enacted the lead role of Oscar Grant in the biopic ‘Fruitvale Station’.

Both the print and electronic media were effusive in their extolling Michael’s performance in Fruitvale Station that earned him 11 nominations and five awards.

In 2015, he starred in the superhero movie, ‘Fantastic Four’, adapted from an eponymous Marvel Comics book. The movie bombed at the box office. But, he came back with a bang with the movie ‘Creed’, in which he played the character of Adonis Creed.

You can check out Michael B Jordan’s workout routine for his movie roles on our fitness site, Jacked Gorilla.

He is also shooting for a fictional dystopian telefilm, ‘Fahrenheit 451’ based on a Ray Bradbury novel of the same name where he plays the lead character, ‘Guy Montag’.

He has been selected to star in a biographical movie named, ‘Just Mercy’ where he will play the role of Bryan Stevenson. Shooting for the biopic will start in the early phase of 2018.

Here are some of the best highlights of Michael B. Jordan’s career:

Favorite Quotes from Michael B Jordan

“Sometimes you’re overthinking, you convince yourself to get out of it and you’re like, ‘ah I shoulda did that!’ You can’t live life with regrets. Sometimes you just gotta indulge. But in the same breath, you gotta have restraint and self-control too.” -Michael B Jordan

“I think everyone starts in the mailroom at some point! It’s a rite of passage. Your boss has to throw something at you and order you around for at least two years.” – Michael B Jordan

“Sometimes family doesn’t always consist of your relatives or by blood. Sometimes your best friends can feel more like family than your cousins. I think everybody kind of has that same feeling. When you go through an accident together, when you go through a traumatic event, sometimes that brings you closer together.” – Michael B Jordan

“I think redemption is just about righting a wrong, and in that pursuit, it’s about trying. You can stumble, you can make mistakes, but it’s about trying to do the right thing.” – Michael B Jordan

3 Great Lessons from Michael B Jordan

Now that you know all about Michael B. Jordan’s net worth, and how he achieved success; let’s take a look at some of the lessons we can learn from him:

1. Don’t Be Afraid to Fall in Love

It may hurt you a few times, but it’s a lot like winning the lottery: You may have to lose a lot before you win, but you will never win if you don’t play.

2. Learn to Love Yourself, First

The most important relationship you’ll ever have is with yourself. If that one isn’t healthy, none of your others will be.

3. Everyone Has a Different Path to Happiness. Follow Yours With Passion

Aside from money, aside from cars, or houses, or clothes, or watches – is the importance of being truly happy in life. There is no substitute for it. There is no possession that can fill the hole where it belongs. And there is no finding it if you stray from the path you belong on.

How much is Michael B Jordan worth?

Michael B Jordan’s net worth is estimated to be $25 Million.

How old is Michael B Jordan?

How tall is Michael B Jordan?

Michael B. Jordan is a popular American actor known for his remarkable performance in movies such as ‘Fruitvale Station’, ‘Hardball’, and ‘Creed’.

What do you think about Michael B Jordan’s net worth? Leave a comment below.