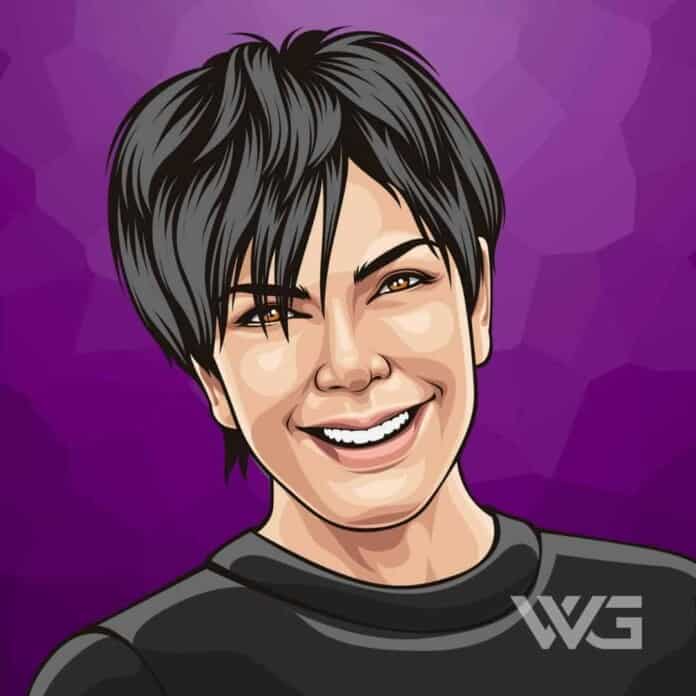 What is Kris Jenner’s net worth?

Kristen Mary Jenner is an American television personality, entertainment manager, producer, businesswoman, and author from San Diego. She rose to fame starring in the reality television series, ‘Keeping Up with the Kardashians’.

Kristen Mary Jenner was born on the 5th of November, 1955, in San Diego, California. Jenner is the daughter of Mary Jo Shannon and Robert True Houghton. She is of Dutch, English, Irish, German and Scottish descent.

When Jenner was seven years old, her parents divorced and she and her younger sister, Karen, were raised by their mother until a few years later when her mother married businessman Harry Shannon.

Jenner met Ryan Seacrest who wanted to pursue a reality TV show based on her family. The show titled ‘Keeping Up with the Kardashians’ debuted in 2007, on the E! Cable network.  The show has become one of the longest-running reality shows in the country.

She runs a Los Angeles-based production company called Jenner Communications. Besides this, she opened a children’s boutique with her daughter Kourtney in 2004. The boutique, called “Smooch,” was open for about six years before shutting down in 2009.

Since the beginning of the reality show ‘Keeping Up with the Kardashians,’ Jenner has managed her daughter Kim Kardashian‘s career. She is also involved in the business management of her other children’s careers.

Later in 2014, she released a cookbook titled ‘In the Kitchen with Kris: A Kollection of Kardashian-Jenner Family Favorites’.

Here are some of the best highlights of Kris Jenner’s career:

“I raised my kids kind of old-fashioned – if you don’t have something nice to say, then don’t say it at all.” – Kris Jenner

“Oh, my goodness, I am obsessed with Costco! We do run at least twice a week. I love the salmon and rotisserie chicken, the dog beds.” – Kris Jenner

“When the opportunity came along to do the reality show, it was just a very exciting time. We really never thought about how it would pan out for the entire family but just knew that it was going to be a great journey.” – Kris Jenner

“I say this all the time, but when I go to bed at the end of the day, and I put my head down on the pillow, I really feel such a sense of satisfaction, and I’m so proud of my kids that they have this amazing work ethic, and we get to work with each other every day, so it doesn’t get any better than that.” – Kris Jenner

“There are a lot of big personalities in our family, and because of the way that we interact with each other – and the fact that the girls are beautiful, the little ones are adorable, and my husband is an Olympic champion – there was this perfect storm, where I think you kind of wanted to watch and go, ‘Wow, what’s happening with this family?” – Kris Jenner

“One of the first things I said to my kids and we all agreed upon when we first started shooting the show was if we’re going to do this, we’re all in. We’re not going to worry about editing ourselves. So that’s what you see. It’s raw, and it’s real, and it’s footage that hopefully people learn from some of our experiences.” – Kris Jenner

Let’s take a look at some of the best leadership lessons we can learn from her:

In Kris’ case her family, PR and brand image.

Kris clearly knows that there is a huge audience, willing to buy into the idea of her family and the glamour of their image. Once you know you have a market which is eager to buy from you, then SELL to them!

3. Know How to Handle a PR Crisis

this family knows how to handle every single PR crisis thrown at them. Their PR system is a well-oiled machine and it is pretty amazing to study. Big businesses could learn a thing or 2 from how they operate their public relations.

How much is Kris Jenner worth?

Kris Jenner’s net worth is estimated to be $170 Million.

How old is Kris Jenner?

How tall is Kris Jenner?

Kris Jenner is an American reality television personality, producer, entertainment manager, author, and businesswoman. She is best known for appearing in the reality TV series ‘Keeping Up with the Kardashians’. She is also popular for appearing in ‘America’s Next Top Model’ and ‘The Talk’.

What do you think about Kris Jenner’s net worth? Leave a comment below.

What is Aaron Paul's net worth? Introduction  As of ,...