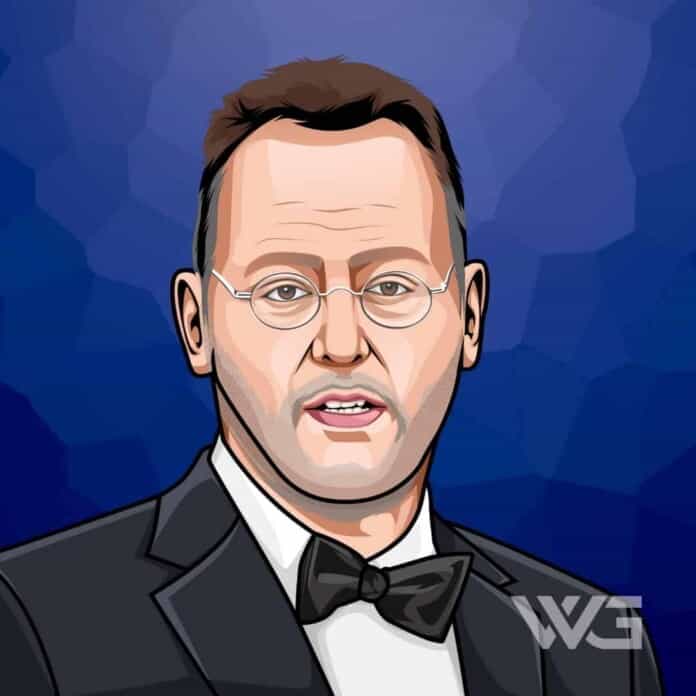 What is Jean Reno’s net worth?

As of January 2023, Jean Reno’s net worth is estimated to be roughly $70 Million.

Jean Reno is a French actor of Spanish descent from Casablanca.

He has worked in French, English, Japanese, Spanish, and Italian productions, and appeared in films such as ‘Crimson Rivers’, ‘Godzilla’, ‘The Da Vinci Code’ and ‘Mission: Impossible’.

Juan Moreno y Herrera-Jiménez was born on the 30th of July, 1948, in Casablanca, Morocco.

His parents were Spanish, natives of Sanlúcar de Barrameda and Jerez de la Frontera in Andalucia, and had moved to North Africa to find work and escape Francoist Spain.

He learned Spanish from his parents, and Arabic and French growing up in Morocco.

He made his film debut in 1978, appearing in the French experimental mystery flick ‘The Hypothesis of the Stolen Painting’.

In 1983, the actor had his first prominent role in Luc Besson’s ‘Le Dernier Combat’, a post-apocalyptic French movie that contains only two words of dialogue.

In 1988, he played Enzo Molinari in ‘Le Grand Bleu’ or ‘The Big Blue’ (in English), a film that tells the story of friendship as well as the sporting rivalry between two leading champion free divers of the 20th century.

Here are some of the best highlights of Jean Reno’s career:

“I’ll tell you something that’s completely true – you can, as a man, obtain everything you want with the truth. If you lie, first of all, you’ve got to be a very good lying actor, which is tres difficile. And it’s going to give you poison inside the body.” – Jean Reno

“Because I was born in Casablanca and my parents were from the south of Spain, I do not have a big central root in France. I feel French but in a few ways, not at all French.” – Jean Reno

“I can walk into a room and create a good ambiance. I was taught all about this back when I studied acting. One of the things they would teach you is how to send out positive signals when you enter a room. I am glad I learned this.” – Jean Reno

“Sometimes I take the watch, or I take the shoes, but usually the souvenir is to take the life you had with those directors, or the crew – the camera person, the lighting person. When you finish a film it’s like a little death. You had a family for a bit, and you finish the movie and you probably will never see each other again.” – Jean Reno

“In France, if you have any sort of talent, you’d better keep it here. And if you’re going to go abroad, it had better not be America. The old battle – American versus Frog cinema. It’s ridiculous.” – Jean Reno

Now that you know all about Jean Reno’s net worth, and how he achieved success; let’s take a look at some of the lessons we can learn from him:

If there’s a single lesson that life teaches us, it’s that wishing doesn’t make it so.

3. Be Grateful Every Day

If you aren’t grateful for what you already have, what makes you think you would be happy with more.

How much is Jean Reno worth?

Jean Reno’s net worth is estimated to be $70 Million.

How old is Jean Reno?

How tall is Jean Reno?

Jean Reno is a French actor who first garnered attention after playing a solo assassin in the popular drama film “Leon: The Professional”. His other big-screen projects attracted worldwide attention as well.

What do you think about Jean Reno’s net worth? Leave a comment below.