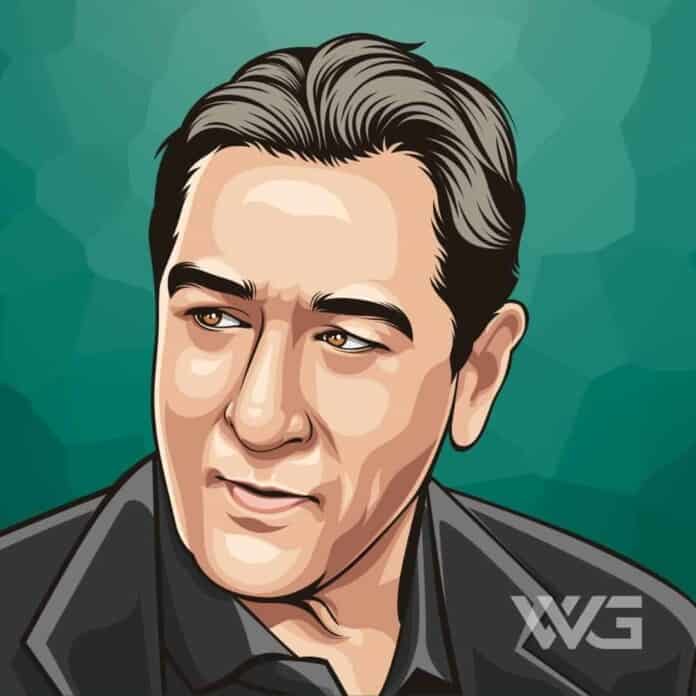 What is Rober De Niro’s net worth?

He is a recipient of various accolades, including two Academy Awards, a Golden Globe Award, the Cecil B DeMille Award, AFI Life Achievement Award, Presidential Medal of Freedom, and has been nominated for six BAFTA Awards.

Robert De Niro was born on the 17th of August, 1943, in Greenwich Village, New York City. His parents separated when he was three years old, and he was thereafter taken care of by his mother.

His first stint at acting was for a school play, ‘The Wizard of Oz’, wherein he played the character of Cowardly Lion. This debut on stage paved way for his future course of life.

De Niro’s career began in 1963, when he bagged a small role for the movie, ‘The Wedding Party’. He did a couple of cameo appearances for the movies, including the French film, ‘Three Rooms in Manhattan’, which technically became his debut movie and ‘Les Jeunes Loups’. His first film as a lead actor was ‘Greetings’, released in 1968.

The year 1973 marked to be one of De Niro’s best years. Two of his movies, ‘Bang The Drum Slowly’ and ‘Mean Streets’ were released this year and his performance in both the movies was highly appreciated and applauded.

Other releases of 1976 include Bernardo Bertolucci’s ‘1900’, which was an epic biographical exploration of life in Italy before World War II,’ and Elia Kazan’s ‘The Last Tycoon’.

In 2011, he displayed his versatility by acting in films of different genres. While his first release was an action film ‘Killer Elite’, the second was a film adaptation of the novel ‘The Dark Fields’, titled, ‘Limitless’.

In 2013, he starred in the movies, ‘The Big Wedding’, ‘Killing Season’ and ‘The Family. Some of his movies scheduled to release in 2013 and the following year include, ‘Last Vegas’, ‘American Hustle’, ‘Grudge Match’, ‘Motel’, ‘Hands of Stone’ and ‘The Irishman’.

Here are some of the best highlights of Robert De Niro’s career:

“I always enjoy coming to Israel. Israelis are warm, they’re energetic people. Forthright. Very smart. I always like smart people. They’re nice people, you know. Aggressive, and I respect that aggressiveness because you need it in their situation.” – Robert De Niro

“I go to Paris, I go to London, I go to Rome, and I always say, ‘There’s no place like New York. It’s the most exciting city in the world now. That’s the way it is. That’s it.” – Robert De Niro

“When you are working hard, you don’t have time for anything other than what you are doing in the scene and what the director wants.” – Robert De Niro

“I always tell actors when they go in for an audition: Don’t be afraid to do what your instincts tell you. You may not get the part, but people will take notice.” – Robert De Niro

“Write down everything you want to do with your life and then spend the next 25 years doing them.” – Robert De Niro

“You never know what you do that could be totally out of left field, which actually might work and give something fresh to the whole scene, to the character, whatever. If you have that with a director who then knows how to shape it, either in the direction, in the moment, or in the editing, then that’s good.” – Robert De Niro

Now that you know all about Robert De Niro’s net worth, and how he achieved success; let’s take a look at some of the strongest lessons we can learn from him about confidence:

Stick up for yourself! Don’t let anyone treat you like a second class citizen. Just remember your new found courage should be found when a certifiable psychopath like Joe Pesci is in the room.

2. Every Man Has to Go Through Hell to Reach Paradise

This nugget of knowledge is in the same realm of its always darkest before dawn. Cliché? Maybe? Good advice? Definitely.

3. A Good Plan Today is Better Than a Perfect Plan Tomorrow

Planning is good. Over planning is a waste of time. Plan Bs, Cs, and Ds can work just as well as your Plan A.

How much is Robert De Niro worth?

Robert De Niro’s net worth is estimated to be $500 Million.

How old is Robert De Niro?

How tall is Robert De Niro?

Robert De Niro is one of the best-known method actors of Hollywood today. In his career that has spanned over five decades and still going strong, he has done various genres of movies, right from, action, romantic, thriller, and comedy. This Academy Award-winning actor has also donned the hat of a director twice.

What do you think about Robert De Niro’s net worth? Leave a comment below.