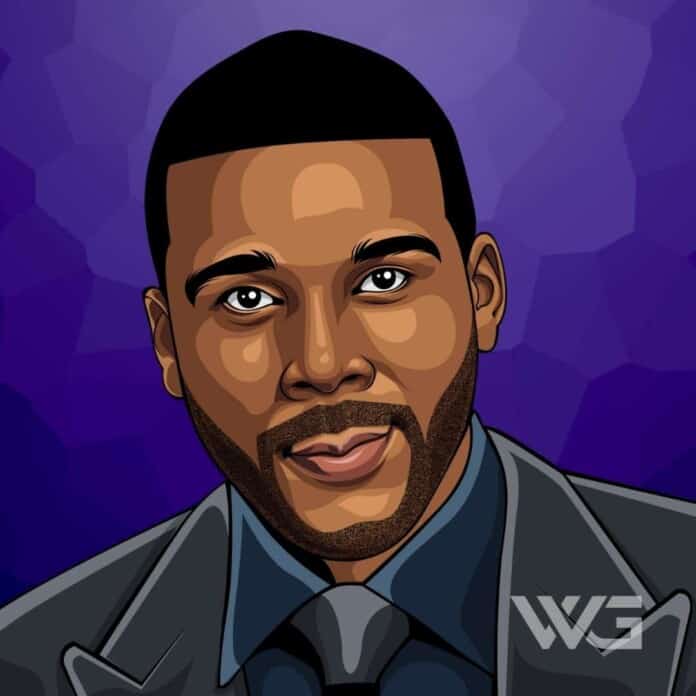 What is Tyler Perry’s net worth?

As of November 2022, Tyler Perry’s net worth is approximately $800 Million. He is an extremely popular and successful American actor, writer, producer, and director. He is widely recognized for his sitcoms and movies that portray themes of a typical African American household in a sarcastic manner.

One of his most famous and beloved characters, ‘Madea,‘ has gained the most popularity in his films and has further reappeared in numerous films.

Perry didn’t have a happy childhood. On the contrary, it was violent and rough because his own father physically abused him. Consequently, Perry often had suicidal thoughts and even attempted to commit suicide once.

The only place where Perry could find peace and comfort was church, where, together with his mother, a young boy went every single Sunday.

After turning 16 years old, he changed his name to Tyler to further distance himself from his father. The boy also didn’t complete high school but earned a GED.

When Tyler was 20, he heard a comment on the Oprah Winfrey show stating that writing helped people conquer their depression and encouraged them to work out their problems. Soon after that, he began writing his musical ‘I Know I’ve Been Changed,’ which would be performed in 1992.

The Oprah Winfrey show has become a turning point in Perry’s life, and writing has become a saving escape for the growing star.

Although he was financially unstable, Tyler repeatedly rewrote and reproduced his musical after its initial performance. In 1998 Tyler’s musical ‘I Know I’ve Been Changed’ was well received by audiences and continued to put on shows at several different locations.

In 2000 he produced a second play, ‘I Can Do Bad All by Myself,’ which featured Tyler Perry’s iconic ‘Madea,’ a character played by himself.

A year later, he produced ‘Diary of a Mad Black Woman’ followed by ‘Madea’s Family Reunion’ the next year. Both of these received positive reactions.

In 2003 came ‘Madea’s Class Reunion,’ which led to him promoting his plays during the first tour. The year 2005 brought Perry’s debut on the big screen with his film ‘Diary of a Mad Black Woman’ instantly became a huge success.

Later that same year, he published his best-selling book,’ Don’t Make A Black Woman Take Off Her Earrings: Madea’s Uninhibited Commentaries on Love and Life.’

In 2007 he released the film ‘Daddy’s Little Girls’ and in 2008, his film ‘Meet the Browns’ did so well that it was adapted into a television sitcom the following year.

Since then, he has produced numerous films, including ‘Madea’s Big Happy Family,’ ‘Why Did I Get Married Too?,’ ‘Good Deeds,’ ‘A Madea Christmas,’ ‘The Single Moms Club,’ and more recently ‘Acrimony.’

Since 2009, Perry has been in a long-term relationship with model and social activist from Addis Ababa Gelila Bekele. The couple met at a Prince’s concert in 2007. Something that was called “love at first sight” continued for over a decade. Though the two didn’t decide on getting married, on November 30, 2014, Gelila Bekele gave birth to their son Aman Tyler Perry. In 2020, the couple broke up.

TPS, or Tyler Perry Studios, is a well-known American film production studio in Atlanta, Georgia, established by Tyler Perry in 2006. In 2019, the star unveiled a new studio home which he purchased for $30 million in 2015. Additionally, Perry has invested more than $250 million to fix it. The studio is situated on the 330-acre former military base Fort McPherson.

Tyler Perry Studios is the biggest film production studio in the United States, where Perry also guides the work of other filmmakers. About 50,000 square feet of the studio lot is dedicated to permanent sets, including a strip mall, a near-exact replica of the White House, a golf course, a trailer park, a luxury hotel, an airport terminal, and 16,000 square-foot mansion.

Big studios like Netflix and Amazon spend millions of dollars renting the Tyler Perry Studios’ facilities for their productions.

An American actor, writer, producer, and director can boast a huge number of sprawling estates over the years, mainly located in Atlanta and Los Angeles.

In 2004, he paid $4.3 million for 22 acres of land in Beverly Ridge Estates and started building a home that is now worth around $18 million. The luxurious villa has 12 bathrooms and eight bedrooms. He has hosted many celebrities there, including Prince Harry, Meghan Markle, and Barack Obama.

In 2006, Tyler Perry purchased an ultramodern, 9,725-square-foot home with four bedrooms and six bathrooms for $9.6 million. Three years after that, he sold it for $11.25 million.

In 2009, for his 40th birthday, Perry purchased the 25-acre island of White Bay Cay in the Bahamas.

In 2017, the star spent $14.5 million on the 4.5-acre sleek glass Beverly Hills house with a mind-blowing view of Los Angeles. After a while, Perry sold the house to Pharrell Williams for $15.6 million.

Since Tyler Perry entered the spotlight, he has dedicated a big part of his life to helping those in need. Although humble, Perry isn’t afraid to use his voice to bring attention to serious problems.

In 2006, he set up his own charity organization, the Perry Foundation, via which the inspiring human being has donated mind-blowing millions of dollars to help support civil rights causes, aid survivors of devastating natural disasters, eradicate homelessness, etc.

Here are some of his greatest charitable and philanthropic endeavors:

Here are some of the best highlights of Tyler Perry’s career:

“If you haven’t forgiven someone, it does not hurt that person. They’re sleeping at night. You’re holding onto that, and all the damage is being done to you internally.” – Tyler Perry

“Developing a good work ethic is key. Apply yourself at whatever you do, whether you’re a janitor or taking your first summer job because that work ethic will be reflected in everything you do in life.” – Tyler Perry

“My biggest success is getting over the things that have tried to destroy and take me out of this life. Those are my biggest successes. It has nothing to do with work.” – Tyler Perry

View our larger collection of the best Tyler Perry quotes!

3 Rules for Success from Tyler Perry

Now you know all about Tyler Perry’s net worth, and how he achieved success; let’s take a look at some success lessons we can learn from him:

1. Resentment towards others only hurts you

If you ever feel like you are holding on to resentment against someone, please stop. This feeling will only hurt you, and no one else. Bitterness is a heavy burden to have to walk with on a daily basis.

2. Commit to things that matter

When you are loyal and committed to things that matter, you can make a difference. Don’t waste time on things that don’t matter.

3. The key to life is to keep moving forward

Positive thinking and the ability to keep moving forward are very powerful. The ability to move forward regardless of how bad our situation may be can make a difference.

How much is Tyler Perry worth?

Tyler Perry’s net worth is estimated to be $800 Million.

How old is Tyler Perry?

How tall is Tyler Perry?

Tyler Perry is a highly successful producer, actor, writer, and director. He has come along way since the beginning of his career and has become a big part of today’s film industry.

As of November 2022, Tyler Perry’s net worth is approximately $800 Million.

What do you think about Tyler Perry’s net worth? Leave a comment below.