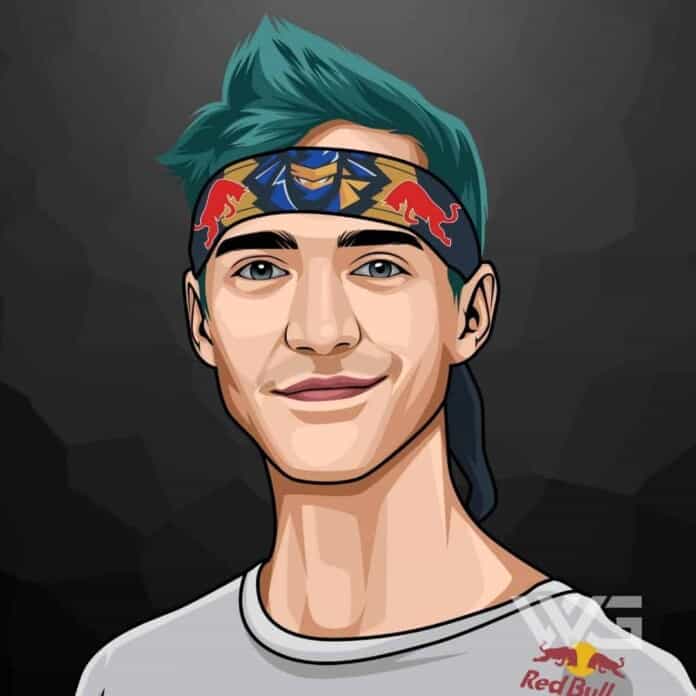 What is Tyler Ninja Blevins’ net worth?

As of December 2022, Tyler Ninja Blevins’ net worth is roughly $40 Million.

As of November 2019, he is the most followed streamer on Twitch.tv with over fourteen million followers and an average of over 50,000 viewers per week.

Richard Tyler Blevins was born on the 5th of June, 1991, from Detroit. Though born in the Detroit area, he moved with his family to the Chicago suburbs when he was a year old.

Blevins’ youth in the Chicago suburbs included video games and sports. He attended Grayslake Central High School, where he played soccer and was also an avid video game player.

Blevins’ journey from being a ‘leisure’ player of video games to a professional gamer is one of great interest and admiration.

After all, not many can claim to turn their pastime or hobby into their profession. Blevins first played competitively in 2009 by entering a Halo 3 event in Orlando to small success.

In 2011, Blevins became a streamer for Justin.tv but soon moved to Twitch.tv. By 2012, his team won the Halo 4 2012 MGL Fall Championships, with Blevins notching the highest score in the final game.

In 2017, Blevins joined Luminosity Gaming as a Halo player. Later, he moved to Battlegrounds, where he won the PUBG Gamescom Invitational in the 3rd Person Squads classification.

When in September 2017, he had about 500,000 followers, by March 2018, the number exploded by 250 percent. At the same time, he set the Twitch.tv record for a single individual stream while playing Fortnite after he hosted a game with Drake, Travis Scott, and Juju Smith-Schuster.

Here are some of the best highlights of Tyler Ninja Blevins’ career:

“I think that what streamers have is a direct connection to their audience. Imagine if LeBron James or Michael Jordan could interact directly with their audience every time they went to work.” –  Tyler Ninja Blevins

“If I have one conversation with one female streamer where we’re playing with one another, and even if there’s a hint of flirting, that is going to be taken and going to be put on every single video and be clickbait forever.” – Tyler Ninja Blevins

“I never feel awkward, ever, when I’m eating! If someone doesn’t want to watch me eat? Dude, they can leave – I gotta get my fuel. My justification is, would you rather me end my stream and come back two hours later cause I went out to eat, or just eat real quick in between a match?” – Tyler Ninja Blevins

“When I’m not streaming, I have time to reflect on all the growth, and I don’t like that. I’d rather just be home playing. I’m like, ‘I haven’t played a celebrity in a while. I haven’t done something big in a while. Is it because I’m slowing down?” – Tyler Ninja Blevins

“I’d already been using the Uber Eats app for a long time – and it’s super simple to use. That’s just what I look for when I go into partnerships. If something comes to me that I’ve never used before for a potential partnership, then it doesn’t feel real or natural. This one is a match made in heaven.” – Tyler Ninja Blevins

Now that you know all about Tyler Ninja Blevins’ net worth, and how he achieved success; let’s take a look at some of the strongest lessons we can learn from him:

No matter what anyone says, being you is enough.

2. You Can Do Anything

Look at the most successful people in history. You are capable of all that and more.

3. Use Your Words, Wisely

Always think about how your words and actions will affect others.

How much is Tyler Ninja Blevins worth?

Tyler Ninja Blevins’ net worth is estimated to be $40 Million.

How old is Tyler Ninja Blevins?

How tall is Tyler Ninja Blevins?

Have you ever thought that the video games that you play as a source of ‘recreation’ can actually turn out to be a lucrative career opportunity?

Yes, you read it right. And one such man who does so is Tyler Blevins, popularly known as Ninja in the virtual world of gaming. He is by far one of the biggest names in social media today.

What do you think about Tyler Ninja Blevins’ net worth? Leave a comment below.

What is Derek Hough's net worth?  Introduction   Derek Hough is an...