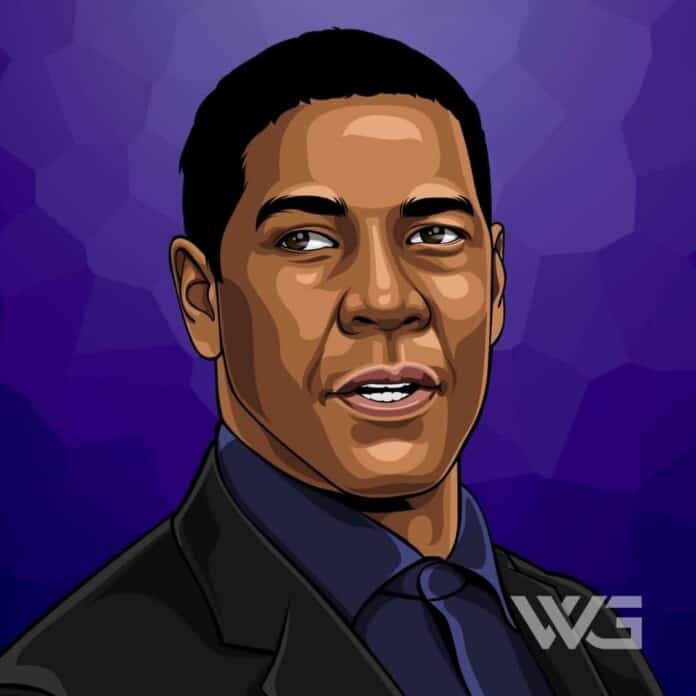 What is Denzel Washington’s net worth?

As of November 2022, Denzel Washington’s net worth is approximately $280 Million.

Denzel Washington is an American actor, mostly recognized worldwide for his award-winning portrayals of characters in the film industry.

He has won several prestigious awards for his performances and is also a well-known producer and director.

Washington has been in the industry for nearly four decades.

Denzel Washington was born in Mount Vernon, New York, on the 28th of December, 1954.

The actor was raised in a primarily African-American area and watched many of his young peers get involved with drugs and crime. Luckily, his mother, a single parent with a low-income, was able to send him to the Oakland Military Academy to educate and discipline him.

He later went to Fordham University and received a B.A in Drama and Journalism. After graduating in 1977 he discovered his passion for acting and attended the American Conservatory Theater.

After spending a year at the theater he decided to return to New York.

After working many small acting jobs he finally had his first film debut in 1981, in the film ‘Carbon Copy’, quickly followed by ‘Licence to Kill’ in 1982.

In 1989 he was awarded his first Academy Award as Best Supporting Actor for his performance as Private Trip in the film ‘Glory’.

Since the beginning of his career, he has acted in approximately 50 films and directed a few of them as well.

As of November 2022, Denzel Washington’s net worth is roughly $280 Million, and with Denzel starring in plenty more films shortly, this will definitely increase.

Here are some of the best highlights of Denzel Washington’s career:

“You pray for rain, you gotta deal with the mud too. That’s a part of it.” – Denzel Washington

“My mother never gave up on me. I messed up in school so much they were sending me home, but my mother sent me right back.” – Denzel Washington

“I never really had the classic struggle. I had faith.” – Denzel Washington

“If I am a cup maker, I’m interested in making the best cup I possibly can. My effort goes into that cup, not what people think about it.” – Denzel Washington

“I say luck is when an opportunity comes along and you’re prepared for it.” – Denzel Washington

“Acting is just a way of making a living, the family is life.” – Denzel Washington

View our larger collection of the best Denzel Washington quotes!

3 Rules for Success from Denzel Washington

Now you know all about Denzel Washington’s net worth, and how he achieved the success he has today; let’s look are some of the success lessons we can learn from him:

1. Be true to yourself

Always stay true to yourself and do what makes you happy. Other people’s opinions do not define you. As long as you are putting in your own effort and time, whatever other people think shouldn’t matter.

Sometimes taking a chance can be scary but if it’s meant to be then you’ll learn and benefit from it in the long run. Don’t be afraid to take chances because oftentimes those unlikely choices can lead you to a victory you never thought to be possible.

Keeping your faith will help you get through difficult situations and see what’s really important in life. So, even when life gets a little rough staying true to what you believe in can help guide you through difficulties.

How much is Denzel Washington worth?

Denzel Washington’s net worth is estimated to be $280 Million.

How old is Denzel Washington?

How tall is Denzel Washington?

Denzel Washington is a phenomenal actor and has delivered many memorable performances over the years. He was able to push himself and fulfill his dream of becoming a world-famous actor despite his background.

As of November 2022, Denzel Washington’s net worth of $280 Million is likely to grow throughout the next few years as he continues to act to this day.

What do you think about Denzel Washington’s net worth? Leave a comment below.