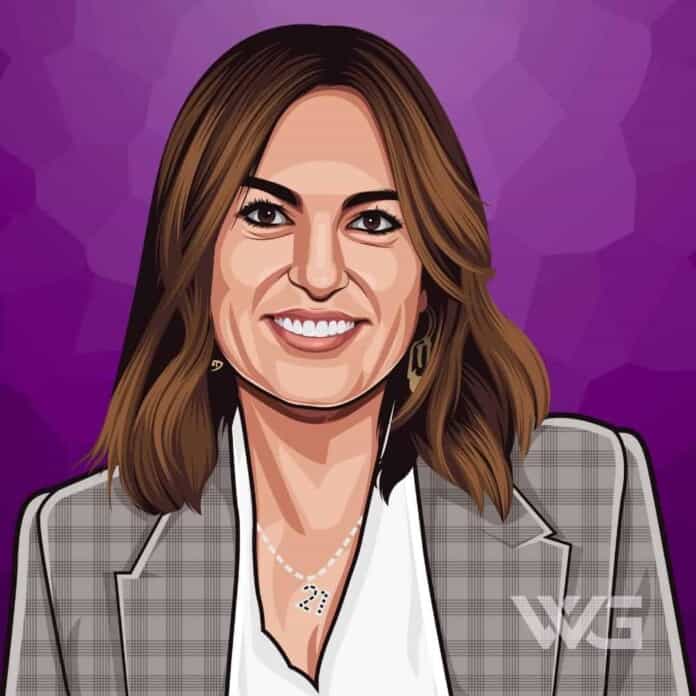 What is Mariska Hargitay’s net worth?

Hargitay is best known for her role as New York Police Department Captain Olivia Benson on the series ‘Law & Order: Special Victims Unit.’ She has starred on the show since its premiere in 1999.

She has received several awards and nominations for her performance in the series. Hargitay made her movie debut in ‘Ghoulies’ in 1985.

As of January 2023, Mariska Hargitay’s net worth is estimated to be $100 Million.

Mariska Hargitay was born on the 23rd of January, 1964, in Santa Monica, California. Hargitay is the daughter of Jayne Mansfield and Mickey Hargitay.

She was raised Catholic, and she has two older brothers. Her first and middle names are Hungarian and refer to Mary Magdalene. She also has three half-siblings.

Hargitay was cast in the popular series, ‘Downtown’ in 1986.

This followed up with a small appearance in one episode of ‘In the Heat of the Night’ two years later. From 1989 to 1991, she was seen in multiple television series doing smaller roles. In 1992, she played the role of Angela Garcia in ‘Tequila and Bonetti.’

Her breakthrough came in 1995 when she appeared in ‘Can’t Hurry Love.’ She also had a brief role in the movie ‘Leaving Las Vegas’ the same year.

Between the years 1996 and 1997, she starred in series including ‘The Single Guy, ‘Prince Street,’ ‘Cracker,’ and the television films ‘The Advocate’s Devil’ and ‘Night Sins.’

She is probably best known for being the leading role in the popular series ‘Law & Order: Special Victims Unit throughout her career.’ Hargitay was seen in the movie ‘Plain Truth’ in 2004, where he played the role of Ellie Harrison. The following year, she was seen in an episode of ‘Law & Order.’

How Does Mariska Hargitay Spend Her Money?

Mariska Hargitay is probably best known for her ‘Law & Order: Special Victims Unit.’ Hargitay made an estimated $450,000 per episode. She is a proud owner of an amazing home in the Hamptons.

Mariska Hargitay and her husband are the proud owners of a mansion in the Hamptons. Hargitay paid  $7.34 million for her incredible Hamptons house. The crib comes with a pool, 11 bedrooms, and 6,5 bathrooms.

Here are some of the best highlights of Mariska Hargitay’s career:

“I’m living every ten-year-old boy’s fantasy. The other day, Chris and I had this big scene where we had to pull out our guns, and I was thinking, ‘Here we are in New York City – a place where every actor wants to be – and we are literally playing cops and robbers. How great is that?’” – Mariska Hargitay

“Being fearless means busting down those walls of fear, and being who you are, not who someone else thinks you are. People like to put others in a box and tell them what they can and cannot do or who they can and cannot be. No one can tell you who you are and what you are made of, only you yourself know what you are made of, and only you yourself can do the work to become who you want to be.” – Mariska Hargitay.

“Chocolate is the first luxury. It has so many things wrapped up in it: Deliciousness at the moment, childhood memories, and that grin-inducing feeling of getting a reward for being good.” – Mariska Hargitay

“Sixty-five percent of Americans don’t have a conversation with their children. So you’re sending off boys and girls off to college, off to high school, off to wherever they go, and nobody’s had the conversation about how to conduct themselves. About a man telling his son how to be a man. How to respect a woman. How do you respect yourself?” – Mariska Hargitay

“The message I got from my father was that life is hard, but you just don’t quit. I am grateful that I didn’t let fear get the best of me. It only holds you back from possibilities and greatness. You’ve got to kick fear to the side because the payoff is huge.” – Mariska Hargitay

Now that you know all about Mariska Hargitay’s net worth and how she achieved success; let’s take a look at some of the best lessons we can learn from her:

It’s a life’s journey of finding ourselves, finding our power, and living for yourself, not everyone else.

You know how you wake up in the morning, and sometimes you look gorgeous, and other times you look like you got hit by a Mack truck? Hargitay realized that her mack truck is food. If she had no sugar, yeast, or wine, she had no undereye bags and skin.

You make sacrifices to become a mother, but you really find yourself and your soul.

You’ve got to kick fear to the side because the payoff is huge.

How much is Mariska Hargitay worth?

Mariska Hargitay’s net worth is estimated to be $100 Million.

How old is Mariska Hargitay?

How tall is Mariska Hargitay?

Her success in films came early when she starred in the film ‘Ghoulies.’ Before she appeared in ‘Law & Order’ she was seen in a recurring role in the popular show ‘ER.’

Besides acting, she is the founder of the ‘Joyful Heart Foundation’ which provides support to sexually abused children and women.

As of January 2023, Mariska Hargitay’s net worth is estimated to be roughly $100 Million.

What do you think about Mariska Hargitay’s net worth? Leave a comment below.

Grand Slam champion Mary Pierce is a highly accomplished former tennis player, and she has earned a significant net worth for her skills.