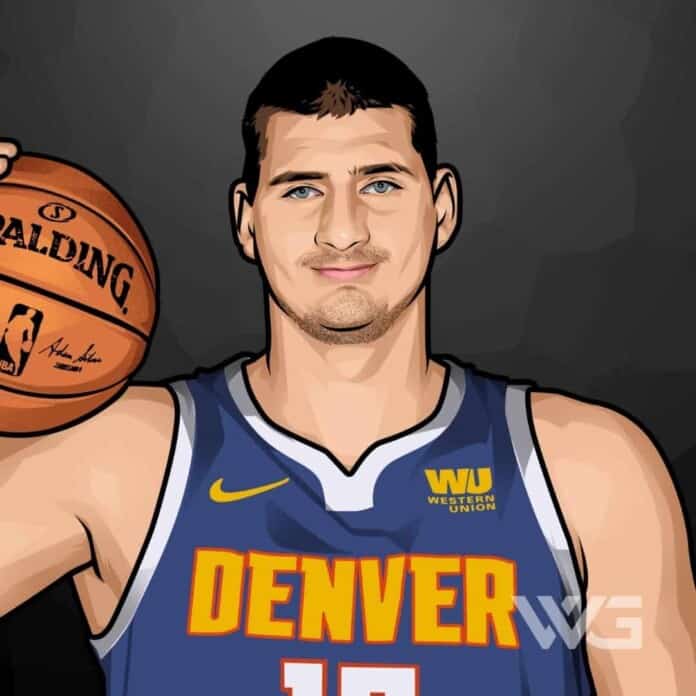 What is Nikola Jokic’s net worth?

Jokic plays for the Denver Nuggets of the NBA. Jokic also represents the Serbian national basketball team internationally. He ranks among the top 10 on the all-time list of the NBA players with the most triple-doubles, where he is the leading European player, and he holds the record for fastest triple-double.

He also won an Olympic silver medal at the 2016 Rio Games.

As of November 2022, Nikola Jokic’s net worth is estimated to be roughly $30 Million.

Jokic played youth basketball in Vojvodina Srbijagas, where he became a dominant figure and received interest from bigger teams.

In 2012, Jokic signed a contract with Mega Vizura, although, in the first season with the team, he played mostly for their junior team in 2012–13. In the 2013–14 season, he saw many more minutes on the court for the senior team.

In 2015, Jokic joined the Denver Nuggets one season after being drafted. On July 28, 2015, he signed a contract with the Nuggets after averaging 8.0 points and 6.2 rebounds in five summer league games.

Jokić was a member of the Serbian U-19 national basketball team that won the silver medal at the 2013 World Championships. Over eight tournament games, he averaged 7.1 points, 5 rebounds, and 1.5 assists per game.

In the 2018 – 19 NBA season, while leading the Nuggets to the Western Conference Semifinals, he received his first All-Star and All-NBA First Team selections.

Here are some of the best highlights of Nikola Jokic’s career:

“In my three, four years with the Nuggets – 20, 30 players passed through. When you think about it, it’s a bit worrying, but new talent and new players keep coming. It’s a big show that goes on. It goes on if you get hurt, you’re just a part of the ‘circus.’” – Nikola Jokic

“Anywhere we go, people want to take pictures, we’re like some animals in a ‘circus’ – ‘let’s take a picture, let’s take a picture. I also find it funny because when you think about it a bit better, you lose awareness of reality – we’re just players, we play basketball.” – Nikola Jokic

“I am honestly a big opponent of the media because I think they are bad for sports, but we are where we are because of the media. That’s why we are known, and that is why they can have influence.” – Nikola Jokic

“Yes, the impact that athletes can have is greater than some, say, more important people in the world.” – Nikola Jokic

“We didn’t shoot well from the field and the three. We had a lot of assists, maybe, but even that, when we don’t really shoot good at a high level, there’s not many assists.” – Nikola Jokic

Now that you know all about Nikola Jokic’s net worth and how he achieved success; let’s take a look at some of the lessons we can learn from him:

Every champion was once a contender that didn’t give up.

2. Every Day Is Hard Work

To be a champion, it’s not about winning and losing; it’s about everyday hard work and about thriving on a challenge. It’s about embracing the pain you’ll experience at the end of a race and not being afraid.

Don’t dream about success. Get out there and work for it. You can cry, scream, and bang your head in frustration but keep pushing forward. It’s worth it.

How much is Nikola Jokic worth?

Nikola Jokic’s net worth is estimated to be $30 Million.

How old is Nikola Jokic?

How tall is Nikola Jokic?

Nikola Jokic is a Serbian professional basketball player who first played for Mega Leks from 2012 to 2015. Jokic was drafted #41 overall by the Denver Nuggets in the 2014 NBA Draft.

He joined the Denver Nuggets in 2015. Jokic was the Adriatic League MVP and an ABA League Top Prospect in 2015.

As of November 2022, Nikola Jokic’s net worth is estimated to be roughly $30 Million.

What do you think about Nikola Jokic’s net worth? Leave a comment below.