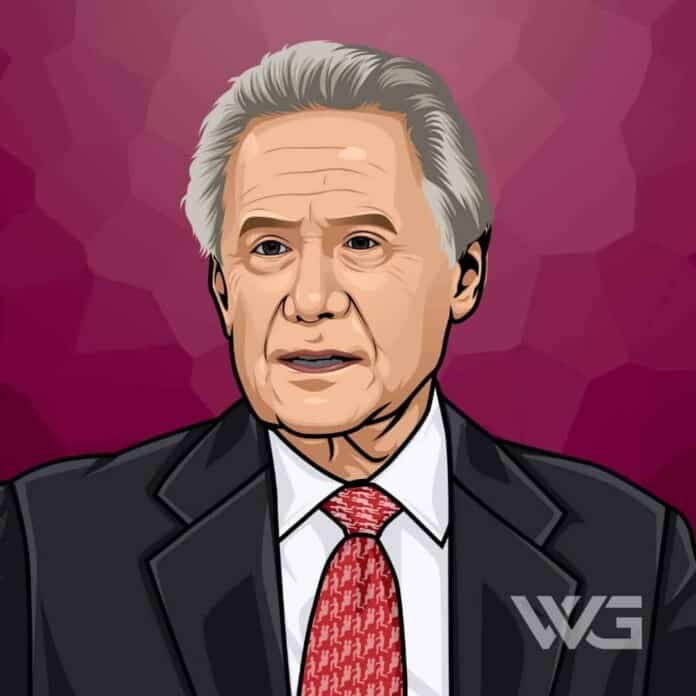 What is Philip Anschutz’s net worth?

Anschutz owns or controls companies in various industries, including energy, railroads, real estate, sports, newspapers, movies, theaters, arenas and music. In 2004, he purchased the parent company of the Journal Newspapers.

Philip Frederick Anschutz was born on the 28th of December, 1939, in Kansas.

Anschutz is the son of Marian and Frederick Benjamin Anschutz. His father was an oil tycoon and land investor. His grandfather was an ethnic German who emigrated from Russia and started the Farmers State Bank in Russell.

He grew up in Russell, Kansas. He graduated from Wichita High School East in 1957. In 1961, he earned a bachelor’s degree in business from the University of Kansas, where he was a member of the Sigma Chi Fraternity.

In 1970, Anschutz bought the Baughman Farms, one of the country’s largest farming corporations, in Liberal, Kansas. The next year, he acquired 9 million acres along the Utah Wyoming border. This produced his first fortune in the oil business.

In 1993, he was the director and chairman of the Board of Qwest. He was also the director of Forest Oil Corporation in 1995. He has also been a director for Pacific Energy Partners.

For many years, he was Colorado’s sole billionaire. He became one of the 100 largest landholders in the United States. He then moved into railroads and telecommunications before venturing into the entertainment industry. In 1999, Fortune magazine compared him to the tycoon J.P. Morgan.

How Does Philip Anschutz Spend His Money?

Philip Anschutz spends some of his money on his real estate in Colorado and on other purchases.

Here are some of the best highlights of Philip Anschutz’s career:

“Properties like the Broadmoor diminish greatly in number over time. They flourish best if owned by a family with the values of stewardship, as opposed to seeing them as just another asset.” – Philip Anschutz

“Some of the early speculation I saw in the press was that I am a rail fan. I’m not. This is not a hobby. This is a full-time business, and a very serious one at that. We’re making this railroad work.” – Philip Anschutz

“I must have had an early leaning toward business. Not that I had an understanding of this when I was 10 years old, but when you see what can be done, the possibilities, you want to be involved in something. You want to own it.” – Philip Anschutz

“We are fortunate to employ a wealth of diverse individuals throughout our family of companies, all of whom are important to us – the only criteria on which they are judged is the quality of their job performance; we do not tolerate discrimination in any form.” – Philip Anschutz

Now that you know all about Philip Anschutz’s net worth and how he achieved success; let’s take a look at some of the lessons we can learn from him:

It doesn’t do any good to sit on the sidelines all the time.

People want to do authentic things. They want to go horseback riding, fishing, shooting or searching for turtle nesting spots on the beach.

Adversity is a huge advantage – as long as you think of it as an advantage – because it helps you do things you never thought you were capable of doing.

How much is Philip Anschutz worth?

Philip Anschutz’s net worth is estimated to be $11 Billion.

How old is Philip Anschutz?

How tall is Philip Anschutz?

Philip Anschutz is an American entrepreneur who was born in Russell, Kansas.

What do you think about Philip Anschutz’s net worth? Leave a comment below.