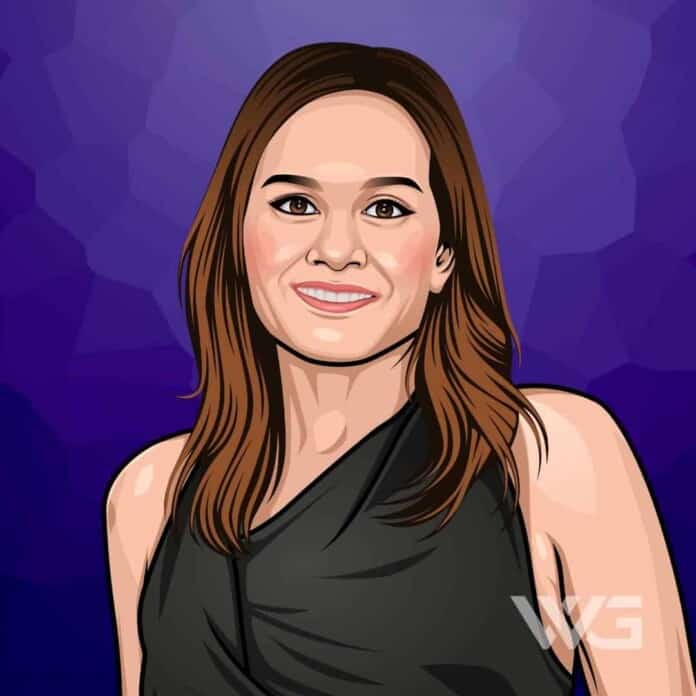 What is Kara DioGuardi’s net worth?

Kara DioGuardi is an American songwriter, record producer, and singer.

DioGuardi writes music primarily in the pop-rock genre. She has worked with several popular artists. Her songs appear to exceed 160 million worldwide. DioGuardi is a Grammy and Emmy-nominated writer.

She is a 2011 NAMM Music For Life Award winner and also an NMPA Songwriter Icon Award winner. She has received 20 BMI Awards for her co-writing.

Kara Elizabeth DioGuardi was born on the 9th of December, 1970, in New York.

Her father is a former Republican Congressman and 2010 US Senate candidate Joe DioGuardi.

She grew up in the Wilmot Woods section of New York. She attended elementary school at the Immaculate Heart of Mary Catholic School in Scarsdale. After she graduated, she worked for Billboard magazine as an assistant to Timothy White and Howard Lander.

DioGuardi was the judge on the 8th and 9th seasons of ‘American Idol’. She got her introduction to the music industry shortly after college with a job selling advertising for Billboard magazine.

She co-founded Arthouse Entertainment, a music production, and publishing company that has released hits from many successful artists.

In 2009, she wrote ‘If I Can’t Have You’ for Meat Loaf’s album, ‘Hang Cool Teddy Bear.’ She recorded the vocal as a duet with Meat Loaf. She is also one of the writers for ‘Ghost,’ which was released as a single from Fefe Dobson’s album ‘Joy’ in 2010.

Some of these hits include ‘Come Clean’ by Hilary Duff, ‘What’s Left of Me’ by Nick Lachey, and Grammy-nominated single ‘Rich Girl’ by Gwen Stefani.

Her songs have been heard in many films, commercials, and television, including ‘Glee,’ ‘Hannah Montana,’ ‘Get Smart,’ and ‘Smallville.’ Today, DioGuardi has won eleven BMI Awards.

Here are some of the best highlights of Kara DioGuardi’s career:

“The thing that’s tricky is sometimes the best voices – just because someone hits the big notes and sounds amazing – it doesn’t necessarily mean they make the greatest artists.” – Kara DioGuardi

“I don’t think people really understood what I did. You know, in my book, ‘A Helluva High Note’ deals with my back story, that I was a songwriter, that I spent years trying to hone my craft and being rejected and then finally becoming a successful songwriter, record executive, and publisher.” – Kara DioGuardi

“Bruno Mars is a great example of a great voice and classic songwriting with a twist that makes it contemporary. I think he’s done a great job of it. I think Katy Perry has undeniable songs for what she does, for that pop market. And, if we’re talking in the truly pop market, I would say those two.” – Kara DioGuardi

“There’s a lot of craft that goes into achieving a hit song – at the beginning of your career, you’re usually more inspiration than craft, and you get great when those intersect. A skilled songwriter can get you to that intersection.” – Kara DioGuardi

“I learned about the music business during those years,’ she says. ‘I came to understand how just about everything worked, but the biggest lesson was on the business side.” – Kara DioGuardi

Now that you know all about Kara DioGuradi’s net worth and how she achieved success; let’s take a look at some of the lessons we can learn from her:

When we stop opposing reality, the action becomes simple, fluid, kind, and fearless.

Happiness resides not in possessions and not in gold.

How much is Kara DioGuardi worth?

Kara DioGuardi’s net worth is estimated to be $25 Million.

How old is Kara DioGuardi?

How tall is Kara DioGuardi?

Kara DioGuardi is an American songwriter, producer, and TV host.

DioGuardi has had over 250 of her songs recorded and released on studio albums. DioGuardi is a producer and music publisher and is the current Executive Vice President of Talent Development at Warner Bros Records.

She voiced herself alongside Ryan Seacrest and fellow judges Randy Jackson, Ellen DeGeneres, and Simon Cowell in the final of ‘Judge Me Tender’.

What do you think about Kara DioGuardi’s net worth? Leave a comment below.

What is Katie Holmes' net worth? Introduction  As of ,...