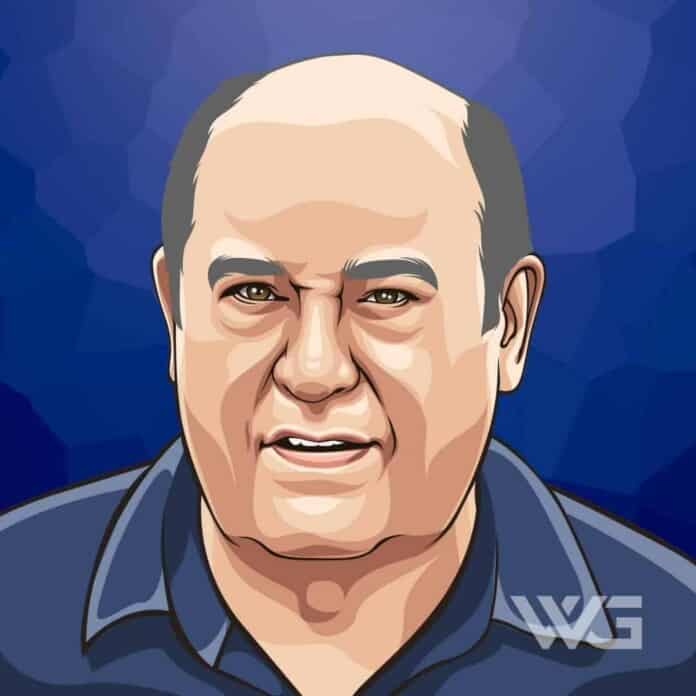 What is Amancio Ortega’s net worth?

As of February 2023, Amancio Ortega Gaona’s net worth is approximately $70 Billion.

Amancio Ortega Gaona is a Spanish billionaire businessman. Ortega is the founder and former chairman of Inditex fashion group which is best known for its chain Zara clothing and accessories shops.

He is the second-wealthiest person in Europe after Bernard Arnault.

Amancio Ortega Gaona was born in Busongo de Arbas, Leon, Spain on the 28th of March, 1936. He is the son to Antonia Ortega Rodriguez and Josefa Gaona Hernandez. He mostly spent his childhood in Leon.

Ortega left school t an early age and moved to A Coruna at the age of 14. Shortly after, he found a job as a shop hand for a local shirtmaker called Gala, which still sits on the same corner in downtown A Coruña.

In 2009, Zara was a part of the Inditex group of which Ortega owned 59,29%, and aside from over 6,000 stores included the brands Zara, Massimo Dutti, Oysho, Zara Home, Tempe, Pull and Bear, Bershka and Stradivarius.

His public appearances in 2000, as part of the warm-up prior to his company’s initial public offering on the stock market in 2001 made headlines in the Spanish financial press. Ortega was, however, the only one who was ever granted interviews to three journalists.

In 2011, Ortega announced his imminent retirements from Inditex, parents company to the Zara chain, stating that he would ask Inditex vice-president and CEO Pablo Isla to take his place.

As of 2016, he owned around 60% of Inditex, which is the holding company for Zara and related chains.

In 2020, Amancio Ortega’s net worth is estimated to be roughly $70 Billion.

Here are some of the best highlights of Amancio Ortega’s career:

“The life experiences which have made me grown as a human being, an entrepreneur and a citizen are based upon a number of principles which I deem deeply valuable: Solidarity, Understanding, Commitment, Hard-work Reliability, and Faithfulness.” – Amancio Ortega

“We cannot limit ourselves to continuing on the path we have already opened and once again we will have to be enthusiastic and exacting in order to convert ideas and projects into reality in a world that is advancing at great speed.” – Amancio Ortega

“My true and simple desire is that, through the strategies and activities of the Foundation, the results of my life experience, both personal and professional, may reach all those members of the society who might be in special need of backing and encouragement.” – Amancio Ortega

“The successful combination of intense expansion and renewed business efficiency has only been possible through the immense effort of our team at all levels of the organization.” – Amancio Ortega

3 Rules for Success from Amancio Ortega

Now that you know all about Amancio Ortega’s net worth, and how he achieved success; let’s take a look at some of the lessons we can learn from him:

1. Introverts can thrive as entrepreneurs

Little is known about the retail conglomerate because he makes a lot of effort to avoid having to talk to the press. He once said:

“You must appear three times in the newspapers: when you are born when you get married, and when you die.”

Don’t be discouraged if you aren’t the life of the party, because you can still run a profitable business.

2. Be humble and modest

Being successful in life doesn’t mean that you can’t still be humble and modest. In fact, having those traits can be extremely beneficial for both your professional and personal lives.

Humility has been found to help us cope better with anxiety, become better leaders and workers, have more self-control, and be more willing to help others.

3. Good things come to those who wait

Even though 10 years may seem like an eternity when establishing a business, it clearly paid off.

Being patient gives you the chance to wait, watch, and know when to act in all aspects of your life. Instead of acting inappropriately or irrationally, with patience you can step back, regroup, and make the best decision possible.

How much is Amancio Ortega worth?

Amancio Ortega’s net worth is estimated to be $70 Billion.

How old is Amancio Ortega?

How tall is Amancio Ortega?

Amancio Ortega is one of the richest businessman and fashion founder in Europe. He is behind some of the most famous brands such as Breshka, Zara and Tempe.

As of February 2023, Amancio Ortega’s net worth is estimated to be roughly $70 Billion, making him one of the richest entrepreneurs in the world.

What do you think about Amancio Ortega’s net worth? Leave a comment below.