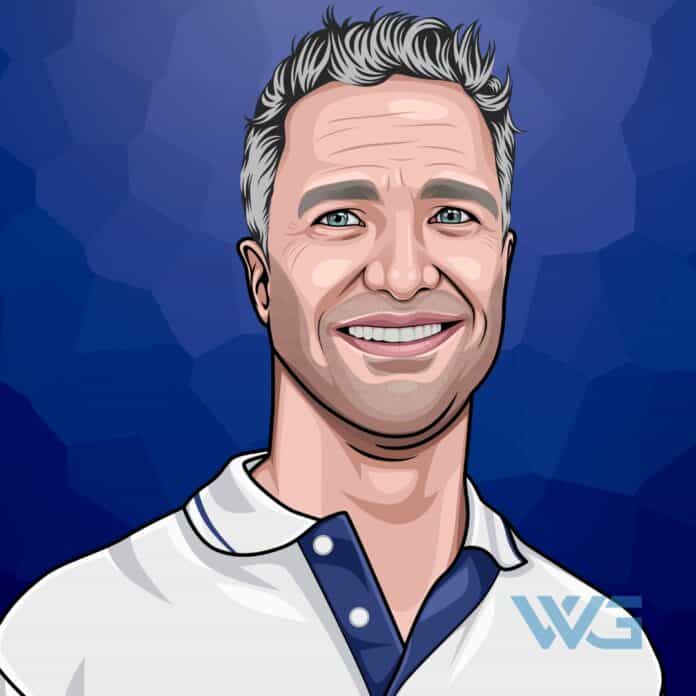 What is Ralf Schumacher’s net worth?

Ralf Schumacher is a German former racing driver who has made a name for himself as an accomplished Formula One racer.

While he is often outshined by his brother, Michael Schumacher, he has still managed to leave his own lasting legacy in the sport.

Although he retired in 2012, he has since gone on to be a co-commentator for Sky Sport in Germany.

As of February 2023, Ralf Schumacher’s net worth is estimated to be $100 Million.

As a child, Ralf started karting when he was only three, and in 1991 he won his first major karting success at the NRW Cup.

In 1993, he started racing in Formula Three events, and a year later, he finished fourth in the Macau Grand Prix.

Ralf was offered a place in the Formula Nippon Series in 1996 by his manager, Willi Weber.

Schumacher won the Nippon Series on his first attempt, becoming the first rookie to win the championship.

Ralf Schumacher started his Formula One career testing for the McLaren team in 1997.

However, shortly after, he signed a three-year contract with the Jordan team, who he would race with for only a single season.

In 1999, he joined the Williams racing team and finished third in Australia and later fourth in Brazil.

Following a strong season, Schumacher signed a three-year contract with Williams after finishing sixth place in the Formula One Championship.

Schumacher came in fifth in the 2000 Formula One championship and, the following year, claimed his first two Grand Prix victories.

In 2003, he suffered a terrible high-speed crash but was able to return to racing and come in second in the Constructors’ Championship.

He transitioned to the Toyota team in 2004, but gradually his performances began to decline.

During his final season with Toyota, he ultimately finished in 16th place in the F1 Championship in 2007 before retiring from the circuit.

However, he wasn’t done with racing entirely, and in 2008 he joined the Deutsche Tourenwagen Masters.

Unfortunately, despite racing for four more seasons outside of Formula One, Schumancer achieved very little success.

While his brother, Michael Schumacher, stands out as the richest racing driver in the world, Ralf has done well for himself on his own.

However, little information exists about his career earnings during his racing career.

That said, we do know a couple of important pieces of information.

He may not be one of the richest athletes in the world, but he has certainly earned a substantial amount of money.

Ralf Schumacher married Cora-Caroline Brinkmann in 2001, and together have a son named David.

However, in 2015, Schumacher and Brinkmann divorced after a custody battle over their son, which ended with Cora receiving their family home in Bergheim and $5.9 million.

Schumacher’s son David has since gone on to be a racing driver himself, and he is currently competing in the Deutsche Tourenwagen Masters as his father had before.

On social media, Ralf is active on his official Instagram account, where he keeps fans updated about his career and life.

Ralf Schumacher has achieved much throughout his career that has helped him stand out in Formula One.

While all of his achievements are noteworthy, some stand out more than others for their significance.

Here are some of Ralf Schumacher’s greatest career accomplishments:

These may be only a few of his greatest career accomplishments, but they are the ones that have had the biggest impact.

While he hasn’t won as many titles as Lewis Hamilton, Ralf Schumacher has still secured many impressive distinctions.

How Does Ralf Schumacher Spend His Money?

As one of the richest racing drivers in the world, Ralf Schumacher has more than enough money to buy anything he could ever want.

Unfortunately, not much is known about his spending habits, as the former Formula One racer likes to stay out of the limelight.

However, we do know that he owns a huge mansion in Hallwang, Austria, that looks more like a lavish castle than a home.

He also previously owned a home in Bergheim, Germany, but it was given to his wife, Cora, after their divorce.

Aside from his homes, we expect he could own some of the most expensive Lamborghinis in the world, though he has never confirmed this.

Ralf Schumacher has enjoyed many memorable moments during his career as a professional race car driver.

However, some of his milestones have impacted his fame and fortune more than others.

Here are some of the best highlights of Ralf Schumacher’s career:

Although these are only a few of his most important milestones, they are arguably the ones that have affected him the most.

Like Kimi Raikkonen, Ralf Schumacher has enjoyed many important moments during his long professional racing career.

Ralf Schumacher dedicated himself to racing and always gave 100% in every race he competed in.

Despite often being compared to his brother, he never let that hold him back and remained motivated to succeed.

Here are our favorite quotes from Ralf Schumacher:

There is a lot that we can learn from Ralf Schumacher and his long car racing career.

Now that you know all about Ralf Schumacher’s net worth, we can take a closer look at what he can teach us about reaching our goals.

Here are some of the best success lessons to learn from Ralf Schumacher:

Everyone makes mistakes, and the best thing you can do is learn from them.

Don’t waste time worrying about what you should have done, and concentrate instead on what you can do in the future.

2. Strive To Be The Best

No matter what field you are trying to become successful in, you should always strive to be the best.

If you keep that mindset, you can help motivate yourself to keep giving your goals everything you’ve got.

There is no reason not to dream big because you never know what you can achieve unless you try.

Even if you don’t achieve your biggest dreams, you may very well find greater opportunities that can completely change your life along the way.

Ralf Schumacher has earned a substantial fortune from his lengthy Formula One career.

Although he has been retired since 2012, he now continues to maintain his net worth as a co-commentator for Sky Sport in Germany.

Make sure to check back often so that you won’t miss any updates impacting Schumacher’s wealth and career.

As of February 2023, Ralf Schumacher’s net worth is estimated to be $100 Million.

What do you think about Ralf Schumacher’s net worth? Leave a comment below.