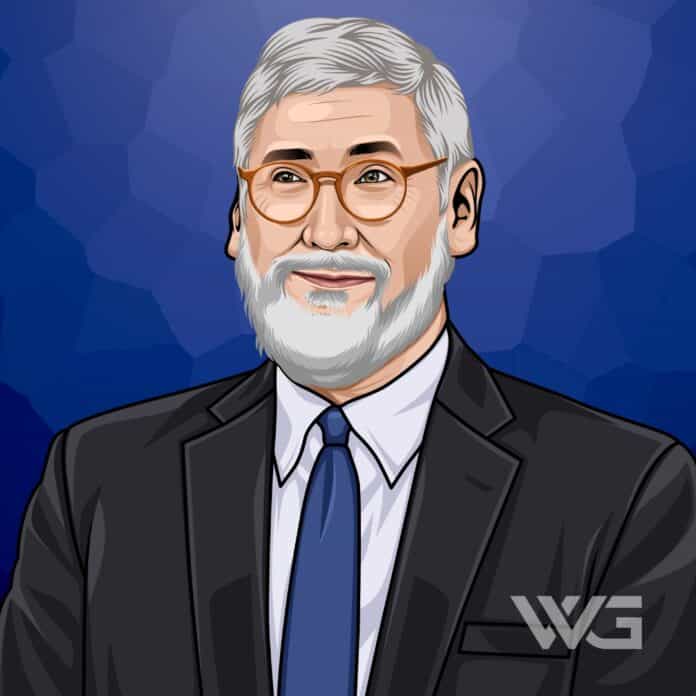 What is John Landis’ net worth?

He created cult classics such as “An American Werewolf in London” and is famously known for “The Blues Brothers” movies.

He is extremely talented when it comes to films and has directed, produced, and even acted in some.

He was born into a Jewish family and relocated to Los Angeles when John was four months old.

The 7th Voyage of Sinbad, which Landis watched as a small boy, gave him the desire to become a director after he was spellbound by the characters.

He reportedly went home to discuss it with his mother, asking her who was actually responsible for making the movie.

During his early years, John began work as a mail boy for 20th Century Fox, and with his hard work and dedication, he was promoted.

John was lucky enough to land a spot as an assistant director for the filming of MGM’s, Kelly’s Heroes, in 1969.

Despite having spent his formative years in California, Landis still considers Chicago to be his hometown and is an avid supporter of the Chicago White Sox baseball team.

John’s career in film began when he had to take the place of the assistant director of Kelly’s Heroes due to his falling ill.

With his foot in the doorway, he was able to meet people at the top of the food chain, such as Donald Sutherland and Don Rickles.

He started working not only as a stunt double but finally began to film several of his films across Europe.

It wasn’t until the age of 21 that John eventually made his directorial debut in the horror spoof “Schlock”, in which he also starred, in 1973.

John was not too happy with the outcome of the film, but it seemed to gain a following, becoming a cult classic.

This movie went on to become a remarkable success and ended up being one of the most profitable movies in the industry. He also co-wrote and direct “The Blues Brothers” alongside one of the richest directors in the world, Steven Spielberg, in 1980.

With the creative flow that John was on, he came out with another cult classic called “An American Werewolf in London” in 1981.

This movie inspired other studios to include comedy into horror films and John was doing well until a tragic “Twilight Zone” filming accident.

He later returned with successful music videos for the legendary Michael Jackson which became some of the most watched music videos of all time.

John garnered major attention during the 1970s up until the tragedy which involved the death of three child actors.

He is known for his most profitable film “Animal House”, which was released in 1978 as well as Kentucky Fried Movie.

After being hired by Eon Promotions he wrote a screen treatment for “The Spy Who Loved Me”, which starred Roger Moore, Barbara Bach, Richard Kiel as “Jaws” and Desmond Llewelyn as “Q”.

Some of the other notable works he created include “El Condor” and “Once Upon a Time in the West” starring Charles Bronson, Henry Fonda, and Claudia Cardinale.

John was hired to direct “The Kentucky Fried Movie” in 1977, with the movie being such a success that it helped him land a position as the director for the movie “Animal House” in 1978.

Here’s a breakdown of John Landis’ annual net worth:

After the tragedy, John released a few other films but didn’t see as much success as before, losing his friendship with Steven Spielberg in the process.

John married Deborah Nadoolman Landis in 1980 and went on to have two children; Rachel and Max.

His wife Deborah is the president of the Costume Designers Guild and is an Oscar-nominated costume designer.

He revealed that he is an atheist in an interview with BBC Radio and is a supporter of the Freedom from Religion Foundation (FFRF).

Each year, the FFRF engages its legal department to put an end to hundreds of cases of prayers and preaching at public gatherings and events, and preventing public funding of religion.

Trading Places, a comedy in the vein of the Prince and the Pauper, starring Dan Aykroyd and Eddie Murphy, was shot immediately following the Twilight Zone accident.

Despite the deaths of the actors being ruled an accident due to negligence, Landis was shunned by Hollywood and his career struggled to maintain momentum.

Here are a few of the most significant events in John Landis’ career:

Into The Night, a movie directed by Landis, starred Jeff Goldblum, Michelle Pfeiffer, and David Bowie and was influenced by the Hitchcock movies that John was a great fan of.

How Does John Landis’ Spend His Money?

John sees the value in real estate and bought a property from the former actor, Rock Hudson, for $2.89 million.

Since then, he has been putting a lot of hard work into what he calls “a veritable fortress”. He is planning on demolishing most of the property and leaving only about 20% of the old structure, which will cost more than $3.5 million to get finished.

John loves cars and has owned some of the most expensive cars in the world, including a Lincoln Continental used in one of his movies.

Here are some of the best highlights of John Landis’ career:

All his documentaries were created for television and he won an Emmy Award for Mr. Warmth in 2008, the story of comedian Don Rickles.

John has been instrumental in changing the way films were made in the 1970s and his influence is still found in movies today.

Here are our favorite quotes from John Landis:

John has had some hard lessons to learn over the years and, despite the tragedies during his career, he’s managed to rise above the noise and produce some awesome movies.

Now that you know all about John Landis’ net worth, here are some of the best success lessons to learn from John Landis:

From an early age, John knew that he wanted to be in the movie business but he just didn’t know how he was going to do it.

When he got an opportunity to work in Hollywood, he grabbed it with both arms, and by playing his cards right, he was able to make his dreams come true.

2. You Can Do Anything You Put Your Mind To

When John got his first break, he could have crumbled and failed to do what was necessary to endure the success of the film.

However, even though he was inexperienced, he’d closely followed what was going on in the business and he focused on what needed to happen.

3. It Is Always Good To Face Your Fears

John has had to face many terrifying situations in his life and has come out of it stronger and more determined.

He believes that the best way to deal with fear is to face it head-on and hope for the best.

John found great success throughout the early part of his filmmaking career, but is only remembered for his past work, as it was cutting-edge at the time.

His films have inspired many popular movies we see today and he would most probably have a greater number of award-winning films were it not for the accident in his earlier film with Steven Spielberg.

Nevertheless, Landis was awarded the Leopard of Honour (Pardo d’onore Manor award) in 2021 and noted that he’s not done with movie-making just yet.

What do you think about John Landis’ net worth? Leave a comment below.