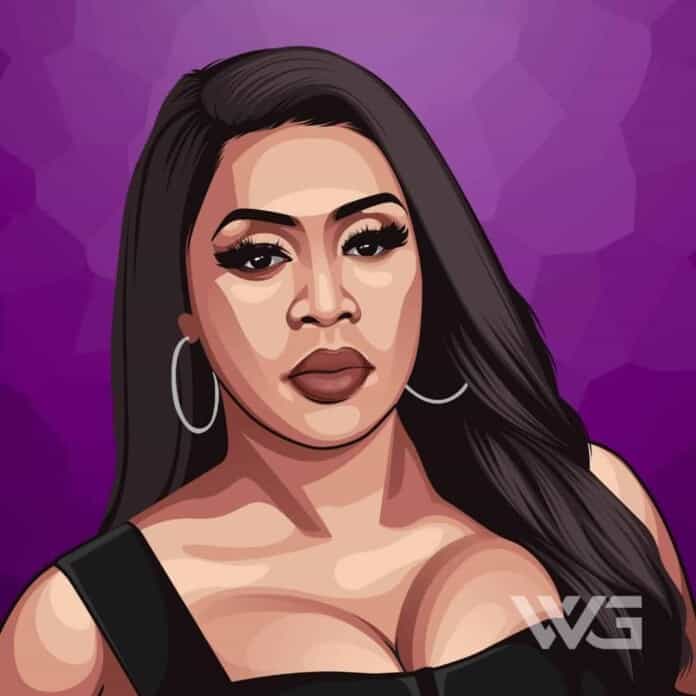 What is Remy Ma’s net worth?

Remy Ma is one of the few successful female rappers in the industry. She was first discovered by rapper Big Pun and as of recently has been signed on by Columbia Records.

In 2006 Remy released her debut album called ‘There’s Something About Remy: Based on a True Story’, and instantly her career began to take off. Her unique talent gained her the respect of many within the industry.

Since her debut, Remy has gotten the opportunity to collaborate with several successful people in her industry including Yo Gotti, Rick Ross, and DJ Khaled.

Remy Ma was born in the Bronx, New York, on May 30, 1980. From a very young age, she was exposed to her family’s drug addiction and was forced to take responsibility for her siblings. It was also around this time that Remy started realizing her love for poetry and rapping.

She began performing in rap battles in high school and soon became recognized in her neighborhood for being one of the best. Before she knew it, her mixtapes were being played in nightclubs and other venues in her area.

Soon after MC Big Pun discovered her and asked her to join his rap group ‘Terror Squad’.

After being discovered she was first featured on Big Pun’s album ‘Yeeeah Baby’ and continued to be mentored by Big Pun until his death in 2000. After this, she was further mentored by Fat Joe which eventually led to her being signed on by his record label SRC.

In 2006 Remy released her very first album ‘There’s Something About Remy: Based on a True Story’. Her career quickly began to flourish, as the album sold over 35,000 units within the first week of its release.

In 2007 Remy was imprisoned for being involved in a shooting in New York. She was sentenced to eight years in prison and was released in August of 2014 after serving only six years.

When she was released her career picked right back up where it left off and she has since begun collaborating with celebrities such as DJ Khaled, Rick Ross, and Yo Gotti.

Here are some of the best highlights of Remy Ma’s career:

“Everything used to get under my skin, and now I’ll just be like, ‘That’s life’ I’m so much more unbothered.” – Remy Ma

“I’ll talk all this craziness in my music, but when I have your attention, and you’re listening to me, I’ll talk about what I want to talk about and what I think we need to address.” – Remy Ma

“When you go to prison, you don’t feel like a superstar. It really humbles you as a person.” –  Remy Ma

“People are always jumping at what’s new – who’s the next person, who’s the hottest thing, or whatever – so to be able to grasp the attention of everybody is difficult.” – Remy Ma

3 Rules for Success from Remy Ma

Now you know all about Remy Ma’s net worth, and how she achieved success; let’s take a look at some of the success lessons we can learn from her:

Don’t ever feel like you have to be someone you’re not. In one of her previous quotes, Remy mentions the fact that she does not act like her celebrity “persona” in real life because that just isn’t who she is.

She doesn’t have to play the part just because that is the person she portrays in her music; people won’t take her less seriously or dislike her less if she is just being herself. Honesty makes her seem like a more honest and appealing person.

2. Be grateful for everything you have

Being under certain circumstances can in some cases make people realize how ungrateful they were before that. It’s important to always appreciate and acknowledge things around you because it can all be gone in a second.

One of the best and most noteworthy characteristics that a person can have is modesty. Sometimes it takes having some sort of low point for people to realize how good they have it.

Not many people can truthfully say that they are humble because people are always looking to beat each other at everything and compete at who has the nicest, most eccentric things.

People that are truly humble are usually the most trustworthy, ethical and likable people.

How much is Remy Ma worth?

Remy Ma’s net worth is estimated to be $4 Million.

How old is Remy Ma?

How tall is Remy Ma?

Remy Ma is a talented female rapper that was able to overcome her circumstances as a child and later as an adult to turn her life around, get some perspective, and become a success.

Since her career had to be put on hold for a few years, Remy Ma’s net worth is approximately $4 Million but will continue to earn more as she has returned to the music industry and is furthering her career once again.

What do you think about Remy Ma’s net worth? Leave a comment below.