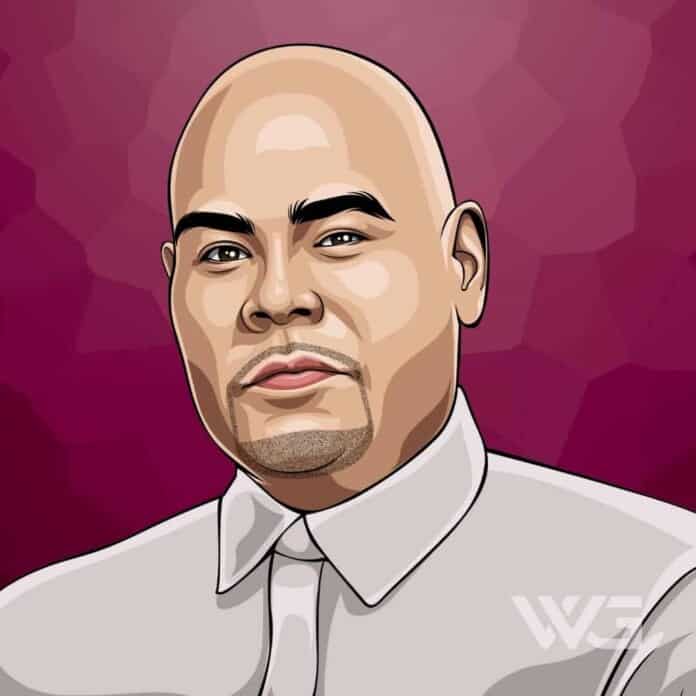 What is Fat Joe’s net worth?

Fat Joe, otherwise known as Joseph Antonio Cartagena, is a famous American rapper who is widely recognized for being a member the hip-hop group D.I.T.C.; As well as being the CEO of his own record label Terror Squad.

Throughout the years he has signed many big names to his record label including Big Pun, Tony Sunshine, Remy Ma, DJ Khaled, and many more.

Fat Joe was born on August 19, 1970, in the Bronx New York to Marie Cartagena and Ernesto Delgado.

Currently, Joe is married to Lorena Cartagena and has three children.

In 2013 Joe was sentenced to four months in prison for tax evasion. The rapper was fined $200,000 and finished his sentence in November of 2013.

Fat Joe has also been known to be an active supporter of the LGBT community and is an advocate of the community’s equal rights.

The official beginning of Fat Joe’s music career was back in 1992. And later that very same year he established his very own record label terror squad in New York City.

Since then he has worked with some of the biggest record labels including Atlantic, Universal, and E1.

He has also gotten the opportunity to work with some of the music industry‘s biggest stars such as Big Pun, Apache, Jennifer Lopez, Dj Khaled, Remy Ma, French Montana, and many more.

In 1993 Fat Joe made his debut as a solo musician with his album called ‘Represent’. Later on, throughout his career, he released many more albums including ‘the elephant in the room’, ‘all or nothing,’ ‘me myself and I,’ ‘loyalty,’ ‘the book of Joe’, and several others.

Here are some of the best highlights of Fat Joe’s career:

“Everybody wants to be famous. You have to be ready to deal with consequences.” – Fat Joe

“Man I got so many regrets. The biggest is that Eminem gave me so many demos – six different times he approached me, and I didn’t sign him. Shame on me.” – Fat Joe

“As a little kid, I watched hip hop get created. So it’s an honor for me to represent the Bronx, the motherland of hip hop.” – Fat Joe

View our larger collection of the best Fat Joe quotes!

3 Rules for Success from Fat Joe

Now you know all about Fat Joe’s net worth, and how he achieved success; let’s take a look at some of the success lessons we can learn from him:

1. Take responsibility for yourself

Whether you’ve had success or a failure taking responsibility for yourself and not backing down is essential. In order to be respected and grow you need to own up to your actions and acknowledge and accept the situation whether it’s good or bad.

2. Nothing in life comes for free

You have to work for everything that you want in life and nothing is going to come for free. Hard work and dedication need to be put in an order to yield results. And no matter who you are or what you’re dealing with just remember that everything comes at a price.

If you ever want change to be made or action to be taken you have to be the one to take the first step and set an example for those around you. Be the change you want to see in the world and lead others to success.

How much is Fat Joe worth?

Fat Joe’s net worth is estimated to be $4 Million.

How old is Fat Joe?

How tall is Fat Joe?

Fat Joe is one of the most famous names in the music industry. Not only is he a rapper but he has also managed to build his record label from the ground up and work with some of the most iconic musicians of our time.

Throughout the many years of his career, Fat Joe’s net worth has amounted to approximately $4 Million, and he will surely earn more money as he continues to do more work in the industry.

What do you think about Fat Joe’s net worth? Leave a comment below.

Forrest Griffin helped to put the UFC on the map by being the first winner of The Ultimate Fighter, which earned himself a spot in the promotion's hall of fame.