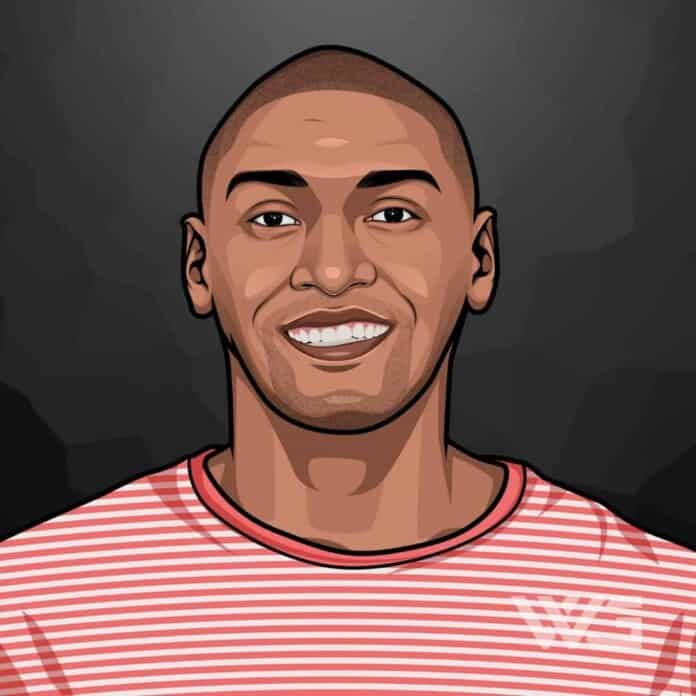 What is Ron Artest’s net worth?

Artest was known as Ron Artest before he changed his name to Metta World Peace.

He played college basketball for St. John’s Red Storm. He played for six teams in the NBA and gained a reputation as one of the league’s premier defenders. He won the NBA Defensive Player of the Year Award in 2004.

Growing up, he witnessed the murder of a fellow player on a basketball court in Niagara Falls, New York. “It was so competitive, they broke a leg from a table, and they threw it, it went right through his heart, and he died right on the court.”

In 1999, Artest was selected by the Chicago Bulls with the 16th pick of the NBA draft. He played 175 games for the Bulls over 2+1⁄2 years, the bulk as a starter, during which time he averaged about 12.5 points and just over 4 rebounds per game.

Artest got into a verbal altercation with Miami Heat head coach Pat Riley in 2003. During the 2003–04 season with the Pacers, he averaged 18.3 points per game, 5.7 rebounds per game, and 3.7 assists per game.

In 2009, Los Angeles signed him to a five-year deal worth about $33 million. Artest chose the number 37 jersey, which he said was in honor of Michael Jackson.

He scored 25 points against the Phoenix Suns in Game 6 and went to the NBA Finals for the first time in his career. In 2015, he signed with the Los Angeles Lakers.

In 2015, he made his season debut in a 104 – 98 win over the Brooklyn Net. Teammate Kobe Bryant praised him for his impact on “everybody on the floor defensively.”

How Does Ron Artest Spend His Money?

Ron Artest spends some of his money on real estate and charity work.

Artest lives in an incredible home in Zionsville, Indiana.

Here are some of the best highlights of Ron Artest’s career:

“I’m not a player. I’m an alien. I wasn’t actually there. I was in another galaxy with my galactic friends. My focus is on winning championships. I don’t focus on anything else. Aliens only want to win championships. That’s it. Injuries are not a focus. Trade talk is not a focus.” – Ron Artest

“Having a record company and putting out my own CD. There are clothes and shoes. There’s also an upcoming book deal that I’m trying to do. I’m trying to be positive. I’m a big fan of the Nobel Peace Prize.” – Ron Artest

“They better not put me in the -Star Game. I won’t shoot, but I’ll dominate that easy game. I’ll be playing hard defense. I’ll be foulin’. Be flagrant fouling. Everyone will be like, ‘What are you doing?'” – Ron Artest

“I wanted to play in New York when I was in my prime, and I was young, fierce, lock-down defender. Madison Square Garden that would have been sick. But right now, China is way more adventurous for me.” – Ron Artest

Now that you know all about Ron Artest’s net worth and how he achieved success; let’s take a look at some of the lessons we can learn from him:

Never give up, for that is just the place and time that the tide will turn.

We must embrace pain and burn it as fuel for our journey.

Discouragement and failure are two of the surest stepping stones to success.

How much is Ron Artest worth?

Ron Artest’s net worth is estimated to be $30 Million.

How old is Ron Artest?

How tall is Ron Artest?

He was the 16th pick in the first round of the 1999 NBA draft, selected by the Chicago Bulls. He had spent three seasons with the Bulls before he was traded to the Indiana Pacers.

What do you think about Ron Artest’s net worth? Leave a comment below.