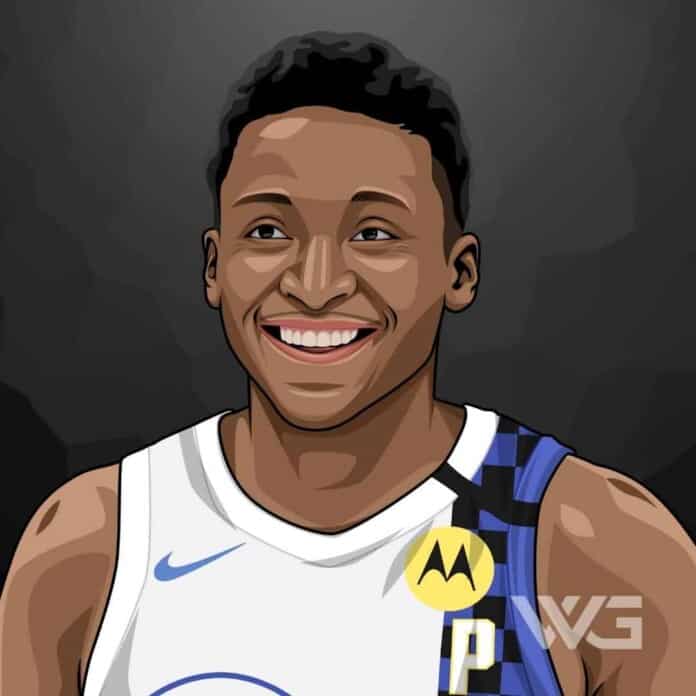 What is Victor Oladipo’s net worth?

Victor Oladipo is an American professional basketball player for the Indiana Pacers of the NBA.

Oladipo played college basketball for the Indiana Hoosiers. He was named the Sporting News Men’s College Basketball Player of the Year.

Kehinde Babatunde Victor Oladipo was born on the 4th of May, 1992, in Silver Spring, Maryland.

He has a twin sister named Victoria and as well as two older sisters, Kristine and Kendra.

His mother is originally from Nigeria and works as a nurse, while his father, an immigrant from Blama, Sierra Leone, received his Ph.D. in behavioral science from the University of Maryland.

In 2013, Oladipo made the decision to not appear for the senior season for the Hoosiers and made himself available for the 2013 NBA Draft. He was chosen by the Orlando Magic as their second overall pick.

He made his professional debut on October 29, 2013, in a game against the Indiana Pacers. While Orlando Magic lost the game, Oladipo managed to leave an impression.

Taking part in the BBVA Rising Stars Challenge in February 2014, he found his place as a late player for Chris Webber‘s team, which was mostly comprised of other rookies.

While the Pacers were not the champions that year, Oladipo’s superlative performance throughout the season garnered him several accolades, including NBA Most Improved Player and NBA, steals leader.

Here are some of the best highlights of Victor Oladipo’s career:

“I feel like I have another level every year that I start a new season of basketball. If I continue to keep growing and make everything consistent, I’m going to get better and better each year.” – Victor Oladipo

“Growing up, you always want to hang with your dad – go fishing or whatever. But my dad was always working, so we never really had time for that. I think I kind of learned to accept it.” – Victor Oladipo

Now that you know all about Victor Oladipo’s net worth, and how he achieved success; let’s take a look at some of the lessons we can learn from him:

1. Appreciate What You Have

If you look at what you have in life, you’ll always have more.

Inspiration is some mysterious blessing that happens when the wheels are turning smoothly.

No matter what people tell you, words and ideas can change the world

How much is Victor Oladipo worth?

Victor Oladipo’s net worth is estimated to be $40 Million.

How old is Victor Oladipo?

How tall is Victor Oladipo?

Victor Oladipo is an American professional basketball player who began to play basketball quite early in his life, and by the time he had enrolled at his high school, the sport had become a quintessential part of his existence.

Oladipo won the first-time NBA All-Star and the NBA Most Improved Player accolades in his first season with the Pacers.

What do you think about Victor Oladipo’s net worth? Leave a comment below.