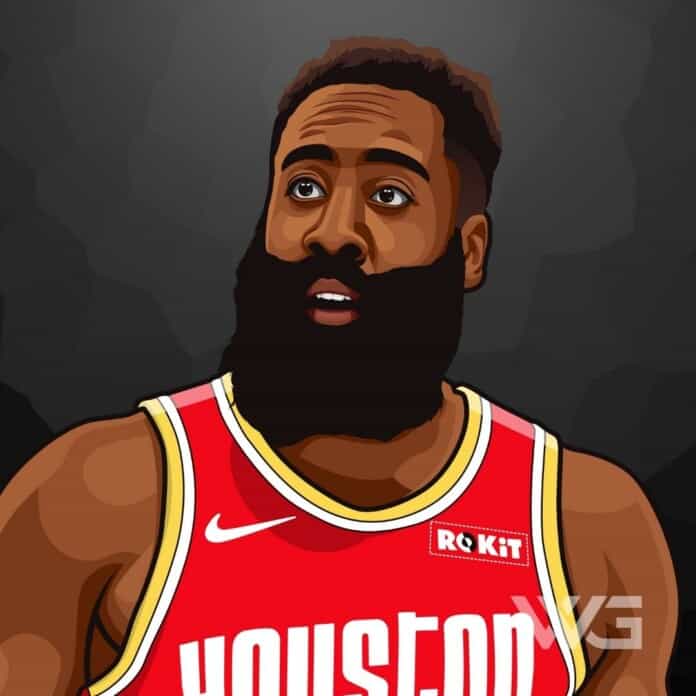 What is James Harden’s net worth?

James Harden is an American professional basketball player for the Houston Rockets of NBA. Harden was selected with the third overall pick in the 2009 NBA draft by the Oklahoma City Thunder.

James Edward Harden Jr. was born on the 26th of August, 1989, in Los Angeles, California. Harden is the son to Monja Wills and James Harden Sr.

James’s father spent a lot of time in jail due to his drug issues. James thus detached himself from his father and still refuses to use “Jr.” as part of his name.

He had become an important part of the team in 2011, with a season-high score of 40 against the ‘Phoenix Suns,’ which made him the first ‘NBA’ player in a reserve role to score 40 points, after Rodrigue Beaubois.

In 2016, he started playing from the point guard position and was named the ‘Western Conference Player of the Week’ for the third time.

In 2017, he signed a four-year extension contract that gave him a six-year deal for approximately $228 million. This was the richest contract ever signed in the history of ‘NBA.’

He scored a career-high 56 points in a winning match against the ‘Utah Jazz,’ a point less than Calvin Murphy’s 57-point record in 1978.

Here are some of the best highlights of James Harden’s career:

“This is a business and everything happens for a reason. I’m going to just to play hard, try to play hard and do whatever it takes to win.” – James Harden

“Being in attack mode is something I try to bring into every single game, and that’s what’s making me be so successful.” – James Harden

“This year I’ve just been aggressive. I still have that mindset of passing the ball, and being aggressive and attacking to the basket is going to draw more attention, and that way I can find my teammates. Being in attack mode is something I try to bring into every single game, and that’s what’s making me be so successful.” – James Harden

“Being named as a finalist for the USA Basketball National Team is an unbelievable feeling and an opportunity that is truly humbling. It is an honor to be included with such talented players and I look forward to the chance to represent my country this summer.” – James Harden

Now that you know all about James Harden’s net worth, and how he achieved success; let’s take a look at some of the lessons we can learn from him:

Keep believing in love at first sight, and that your true one, the chance to meet your soulmate, exists and is going to happen sooner or later.

Even though it is not your dream job, take it seriously. It is still better than starving! Remember, it’s better to have a bad job than having no job at all.

Living consciously means to waste less- food, clothes- we need to have what we actually use. Health corresponds to the ability to measure.

How much is James Harden worth?

James Harden’s net worth is estimated to be $165 Million.

How old is James Harden?

How tall is James Harden?

James Harden is an American professional basketball player who is known for his impeccable skills and his ability to score high points that often help his team win crucial matches.

His stellar skills and dedication toward the sport have earned him various accolades, such as the ‘NBA Most Valuable Player’ (MVP) and the ‘PAC Player of the Year.’

What do you think about James Harden’s net worth? Leave a comment below.