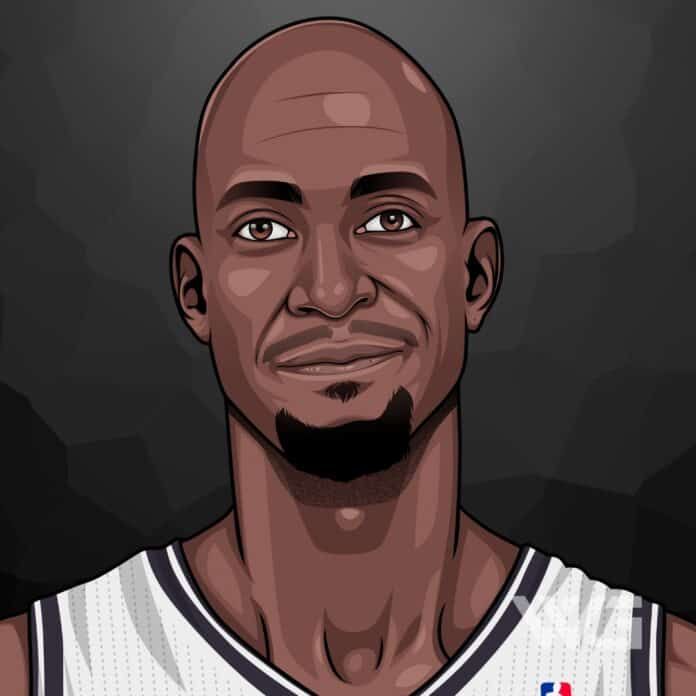 What is Kevin Garnett’s net worth?

Kevin Garnett is a former professional basketball star whose prowess on the basketball court earned him the nicknames The Big Ticket and The Franchise.

He’s been referred to as one of the greatest basketball players of all time and parlayed his fame into some of the highest-paying endorsements and business deals after he retired from the NBA.

His parents, Shirley Carolina and O’Lewis McCullough, were never legally married, and his father abandoned his mother after he was born.

Garnett went to Hillcrest Middle School, where he initially played basketball, but it wasn’t until he transferred to Mauldin High School that he began competing on the school team.

Although Garnett was playing basketball successfully at school, an unfortunate incident occurred, and he got into a racially motivated fight. Kevin was detained for lynching in the second degree and, despite all charges being dropped, he chose to leave Mauldin.

He was transferred to Chicago’s Farragut Career Academy, where he finished his senior year. Garnett excelled in basketball and was voted USA Today’s National High School Player of the Year.

Garnett was the first player selected by the Minnesota Timberwolves, home to Karl-Anthony Towns and Malik Beasley, in the 1995 NBA Draft, right out of high school.

He was put into the starting lineup by the Timberwolves’ new head coach. He had a respectable debut year, despite not yet being a superstar.

With the Minnesota Timberwolves, Garnett had an immediate impact and helped them to eight consecutive post-season appearances. He won the NBA MVP Award in 2004 while leading the Timberwolves to the Western Conference Finals.

Garnett is presently tied for the third-most All-Star selections in NBA history after being selected to 15 All-Star Games and winning the All-Star MVP award in 2003.

In a sensational deal in 2007, Garnett joined the Boston Celtics with Gordon Hayward, Daniel Gibson, and Jermaine O’Neal, after playing with the Timberwolves for 12 seasons.

He finished third for the MVP award in his first season with the Celtics and helped lead them to the NBA title.

Garnett was part of a second notable deal in 2013 that sent him to the Brooklyn Nets along with veteran Celtic Paul Pierce. He was traded back to Minnesota in 2015 and in September 2016, he declared his retirement from the basketball league.

Kevin is one of the richest NBA players in the world, joining Shaquille O’Neal, Magic Johnson, and Kobe Bryant as the greatest of his generation.

Garnett joined the cast of TNT’s “Inside the NBA” in October 2016 and took over as the host of his own program, Area 21, the following month.

At one point, Garnett was the NBA player with the most lifetime earnings in the history of the sport.

His career-long compensation alone totaled $334.3 million and he made $28 million in his highest-ever single-season salary.

After retiring from basketball, Kevin was on the lookout for business opportunities that he could get on board with.

He was particularly interested in buying a basketball franchise as he felt that players that helped to build the business should get a shot at owning a piece of the action.

Kevin Garnett, often known as “The Big Ticket,” continued to pursue various business endeavors after retiring from professional basketball, most of which involved sports club ownership.

He also joined the A.S. soccer squad in the Italian Serie A as a limited shareholder in 2011.

Here’s a breakdown of Kevin Garnett’s annual net worth:

It was rumored that Garnett was making every effort to acquire his former team, the Minnesota Timberwolves, who were ostensibly for sale.

Garnett was reportedly planning to spend at least $20 million in a consortium that comprises multiple billionaires, but the deal fell through in 2021.

Garnett wore apparel bearing the “OBF”—official block family—label. The name was inspired by the people he considered to be his closest friends from Beechwood Court in Mauldin, South Carolina.

He invited OBF members to live with him in his Minnesota home and allowed them to travel with some teams on charter aircraft.

Kevin met Terry Lewis and Jimmy Jam, Grammy-winning record producers for Boyz II Men, Ice T, and Janet Jackson, in Minnesota early in his career and regarded them as mentors.

In a private ceremony in California, Garnett wed his long-time partner Brandi Padilla in July 2004.

The couple had two daughters but the relationship soured and Garnett’s wife filed for divorce on July 12, 2018, requesting custody of the children in the process.

Garnett is a half-brother to former NBA star Louis McCullough and Shammond Williams, a former Los Angeles Laker and professional basketball player, is another relative.

Simon & Schuster released Garnett’s book, co-written with David Ritz, titled “KG: A to Z: An Uncensored Encyclopedia of Life, Basketball, and Everything in Between”, in February 2021.

Kevin Garnett spent a large part of his career playing for the Timberwolves, helping them to numerous victories and championship wins.

He was regarded as one of the NBA’s best defensive players and like Hakeem Olajuwon and Grant Hill, received many awards for his efforts.

Here are some of the more memorable moments from Kevin Garnett’s career:

Although Kevin was happy to play for his country, it was not one of his priorities as he missed at least one opportunity to play when he got married.

In a similar incident, Kevin Durant didn’t attend Draymond Green’s wedding, but it appears that it was more a case of sour grapes though.

How Does Kevin Garnett Spend His Money?

Garnett joined Nike after graduating from high school, departed after five years to join AND1, and then joined Adidas.

He introduced the first Air Garnett at the 1998 All-Star Game, becoming just the 10th Nike player to do so, and his most well-known pair would turn out to be the Air Garnett 3.

Kevin Garnett was the first All-Star player to secure a multi-million-dollar endorsement deal with Chinese sportswear company Anta in 2010.

He was previously making around US$2 million annually at Adidas when the Chinese sportswear giant approached him with a better offer.

Kevin Garnett, often known as “The Big Ticket,” continued to pursue various business endeavors after retiring from professional basketball, most of which involved sports club ownership.

He acquired a limited ownership stake in the Italian Serie A soccer team, A.S. Roma, in 2011. He joins Michael Jordan and LeBron James as professional NBA players who became entrepreneurs after their basketball careers ended.

His investments and various endorsement deals make up the bulk of his additional revenue streams and he’s been seen wearing one of the most expensive watches in the world, a Luminor Panerai.

In 2019, he made his debut in a feature film, playing a fictionalized version of himself in the movie Uncut Gems.

He has also dabbled in acting, becoming a member of the Inside the NBA cast on TNT.

Over his 20-year career, Kevin Garnett helped to secure victories for his team through the use of his superior strength and tactical abilities.

In the process, he was rewarded with not only winners’ medals but with some of the most lucrative remuneration packages of any player in the league.

Here are some of the best highlights of Kevin Garnett’s career:

Outside of basketball, Kevin has secured various endorsements and other investments.

He’s also made a name for himself as an actor, playing himself in a feature film and also working for TNT’s, “Inside the NBA”.

In keeping with his persona off the basketball court, Kevin is an avid gamer and uses time in front of the console to de-stress.

Kevin is quick to take responsibility for his life decisions and maintains that he’s motivated by his love of the game more than by money.

Here are our favorite quotes from Kevin Garnett:

Kevin has learned a lot about himself and life through his time in the NBA and is keen to help others find their true passion.

Now that you know all about Kevin Garnett’s net worth, here are some of the best success lessons to learn from Kevin Garnett:

1. Be Accountable For Your Actions

Kevin believes that you need to be responsible for your actions as that is something that is within everyone’s control.

When you take responsibility for yourself and what you’ve done, then you can fix the errors that account for most of your happiness and success.

Garnett is adamant that when life gets tough, you have to man up and get on with the job at hand.

He feels that if you don’t address the problems in your life directly, then you are treading the coward’s path and that’s just not acceptable.

3. Put Yourself in Other People’s Shoes

Kevin Garnett grew up with nothing and, through hard work and dedication, he was able to pull himself out of poverty and make a name for himself.

He believes that anyone can do this if they are given the chance, which is what he tries to do every day.

Garnett played twenty-one seasons in the NBA and achieved great things with every team he played for.

He was regarded as one of the most valuable players in the NBA and his huge contracts were proof of this.

Now that he is retired, he still tries to help where he can and has invested huge amounts of his money in sports to help others achieve greatness.

What do you think about Kevin Garnett’s net worth? Leave a comment below.

José Aldo is one of the greatest featherweight fighters in UFC history, allowing him to become one of the richest fighters overall.