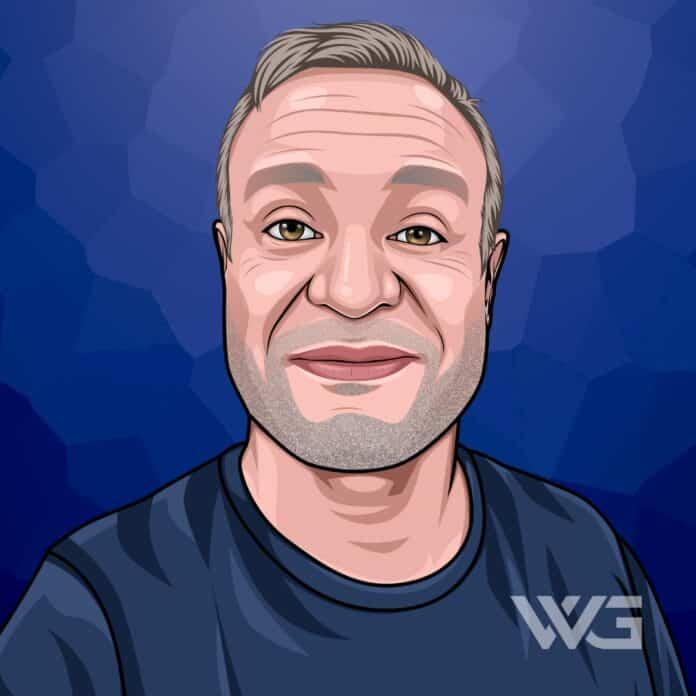 What is Rubens Barrichello’s net worth?

Rubens Barrichello is a Brazilian racing driver who participated in Formula One from 1993 to 2011.

He now races the No. 111 Toyota Corolla E210 for Full Time Sports in the Brazilian Stock Car Pro Series full-time.

Rubens provided commentary during coverage of qualifying and races, giving viewers an inside look at what F1 racing is all about.

As of January 2023, Rubens Barrichello’s net worth is estimated to be $100 Million.

Barrichello got his start in karting when he was quite young. Prior to traveling to Europe in 1990 to compete in the Formula Vauxhall Lotus series, Barrichello won five karting championships in Brazil.

At just 19 years old, he came extremely close to competing in Formula One, the highest level of single-seater racing.

He joined the Jordan Formula One team for the 1993 Formula One season after taking third place in the championship.

At the start of his Formula One career, Barrichello lived in Cambridge, Cambridgeshire, in the United Kingdom.

Barrichello performed well in his first season and, in the extremely wet and blustery conditions, he started the European Grand Prix at 12th place.

By the end of the first lap, he had moved up to fourth, and before running into a fuel pressure problem, he passed both the Williams of Alain Prost and Damon Hill.

In 1993, the Jordan team’s consistency was poor, and Rubens only completed a small number of races although he regularly outpaced his more experienced teammates.

Thierry Boutsen, who was Eddie Jordan’s favorite, and Ivan Capelli were no match for Rubens speed and aggressive driving style, especially when under pressure.

The cigarette company Benson & Hedges increased the Jordan team’s sponsorship and there were high hopes for the 1996 season.

Prior to spinning off in Brazil, in the second race of the season, Barrichello was one of the front-runners and expected to finish well with a podium appearance.

Jordan, though, lost some of its competitiveness as the season went on and Barrichello’s relationship with team owner Eddie Jordan deteriorated throughout 1996.

At the end of the year, he was linked to competitive teams like Benetton, but the seat was later filled by Austrian driver Gerhard Berger.

Barrichello left for the newly founded Stewart Grand Prix team after a poor performance and had only scored 14 points during his final year with Jordan.

While driving for Ferrari as Michael Schumacher’s teammate, Barrichello saw great success, coming in second place in the championship in 2002 and 2004.

Barrichello ranks eleventh in Formula One history in terms of points scored and holds the record for the most races started – at 322.

Since winning the British Formula 3 championship in 1991, Barrichello has not won a championship despite being one of the most experienced Formula 1 drivers.

Following stints with the Jordan and Stewart teams, Barrichello joined Michael Schumacher’s squad at Ferrari from 2000 to 2005.

He finished as the team’s championship runner-up in 2002 and 2004 and third in 2001 while also helping the team win five constructors’ championships.

Barrichello left Ferrari at the conclusion of 2005 to drive for Honda as he was offered a better, more competitive car.

Amongst the iconic drivers in racing history, Rubens stands out as the most seasoned driver ever, in F1.

His distinctive pattern of an orange-red line under the helmet and a blue circle on top with azure and sky-blue cylinders is recognized easily in all his races.

Here’s a breakdown of Rubens Barrichello’s annual net worth:

Rubens just can’t get away from his life as a racing driver as he was asked by Jeremy Clarkson to drive on his show, Top Gear when not racing in F1.

When participating in the Top Gear episode “Star in a Reasonably Priced Car,” Barrichello previously held the record for the fastest time by a Formula One driver around the test circuit.

His lap time of 1:44.3 put him 0.1 seconds in front of the Stig. As a result, Jeremy Clarkson frequently alluded to the Stig growing to hate Barrichello.

When Barrichello was rushed to the hospital in February 2018 due to headaches, it was found that he had a benign tumor, which was eventually removed.

He disclosed that he was divorced in 2019 on the “Beyond The Grid” podcast of Formula 1.

Eduardo Barrichello, Barrichello’s son, is also a racing driver who is currently competing in the Formula Regional European Championship.

Rubens Barrichello is the most experienced driver to have ever competed in Formula One racing.

His record of wins and consistent podium finishes makes him one of the most successful drivers to ever race in the Formula One franchise.

Here are a few of the most significant events in Rubens Barrichello’s career:

After the world-famous Ayrton Senna, Rubens Barrichello is regarded as the second-best race car driver from Brazil.

While competing for the Formula One race car manufacturer Ferrari, he was notorious for his contentious finishes, especially after an incident with Michael Schumacher.

How Does Rubens Barrichello Spend His Money?

The Brazilian driver still owns all of his property in Sao Paulo, Brazil, and has not sold his real estate holdings there.

His home in Sao Paulo, Brazil, is thought to be worth $2 million while his other home cost seventeen million dollars and is located in the Greater South Paulo area.

Apart from that, Barrichello lives a lavish lifestyle and collects extremely expensive watches and vehicles.

Barrichello helped Schumacher and Ferrari win the Drivers’ and Constructors’ Championships in 2003.

He also finished the season in fourth place with 65 points, which included victories at Silverstone and Suzuka.

Here are some of the best highlights of Rubens Barrichello’s career:

Due to the Honda RA107’s poor performance, Barrichello failed to score any points throughout his 2007 campaign.

Barrichello qualified 10th for the opening race of the 2008 season, ahead of Button. Despite placing sixth, he was disqualified for running through a red light at the pit exit.

Rubens has strong opinions about what it takes to be a champion race driver, and he should know as he was one of the fastest around the track.

Here are our favorite quotes from Rubens Barrichello:

Barrichello knows that he cannot race forever, but while he’s still able, he’ll be competing aggressively as only he knows how.

Honesty is important to Rubens as it was the deceitful way that Ferrari stifled his ambition that led to him leaving the team.

He sees no point in winning a championship or a race if you’ve been given an advantage that your teammate doesn’t get to enjoy too.

It is important that one is excited about what life has to offer and that one can go out and enjoy yourself.

If there is no excitement then there is no point in doing what you are doing and should change that.

3. Don’t Worry Too Much About Tomorrow

Rubens does not worry very much about what will happen in the future as he is focused on what is happening today.

He feels that the future will take care of itself, especially if you are happy in what you are doing and keep an open mind.

Rubens Barrichello is extremely talented and during his time in Formula One, was one of the most competitive and experienced drivers on the track.

If he had been able to secure a more competitive car and bigger backers, F1 insiders believe that he would have been unstoppable and a multi-year championship winner.

As of January 2023, Rubens Barrichello’s net worth is estimated to be $100 Million.

What do you think about Rubens Barrichello’s net worth? Leave a comment below.