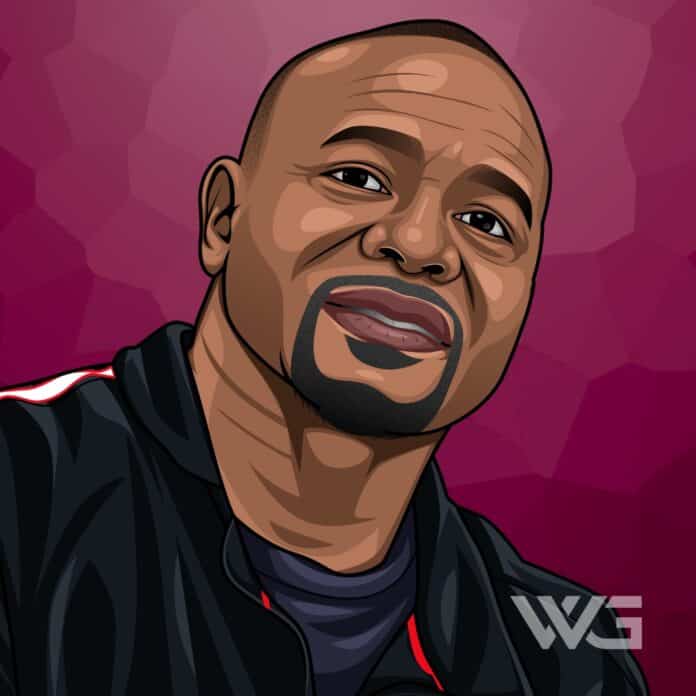 What is Roy Jones Jr.’s net worth?

Roy Jones Jr. is a professional boxer who, apart from holding multiple world championship titles, is also a rapper and actor.

Roy was one of the few fighters to start his career as a light middleweight and then move up the weight divisions to become a heavyweight champion.

He is also known for his incredible performance at the Summer Olympics and was widely considered to be one of the greatest boxers of his generation. His footwork, reflexes, and impressive hand speed are what have made Roy stand out among the rest.

Jones Jr. began boxing at the age of six, under the close watch of his father, Roy Jones Sr., a Vietnam war veteran, and part-time pro boxer.

He came from a family of thirteen and showed tremendous athletic potential as a child. This was due to his mix of raw, physical talent, drive, and the rigorous training regimen his father had established.

He rose through the junior amateur ranks to secure a spot on the United States boxing squad for the Soul Olympic Games in 1988.

After a scandalous defeat in a match against Park Si Hun in South Korea, Roy said he would never fight again.

He returned to his home country and was welcomed with honor medals and praise, which resulted in him changing his mind and deciding to turn professional.

Roy made his debut as a professional boxer in a match against Ricky Randall in 1989 at the Pensacola Civic Centre.

Despite starting his professional career with a string of victories, Jones found himself in a situation where his career was stalled, fighting in county fairgrounds and losing money.

Roy Jr. was being guided by his father’s management, with championship matches promised but declined without his knowledge.

He fired his father as his trainer and manager after his father shot one of Roy’s bull-terriers after it bit a little girl.

Jones then hired a former Olympic trainer, Alton Merkerson, and decided to take care of his managerial duties by himself.

Roy was able to land himself a match against one of the richest boxers in the world, Bernard Hopkins. Even though Roy had a broken hand at the time, he still managed to win his first major title in 1993.

He was able to defend his world title against Eric Lucas in 1996 but lost to Montell Griffin.

Roy arranged a return fight and completely dismantled Montell during the first round of their 12-round fight.

He went on to defeat Reggie Johnson and claimed the WBA, WBC, and IBF light heavyweight championships in 1999.

Roy joins the likes of Evander Holyfield, George Foreman and Deontay Wilder as one of the best heavyweight fighters of his generation.

Unfortunately for Roy, he experienced financial problems which have led him to bankruptcy in the past and have reduced his net worth due to failed business ventures.

Despite his poor financial planning and lack of financial due diligence, Roy was able to recover financially by entering the ring once again.

He also tried his hand at rapping and secured some acting work to supplement his income. On top of that, he continued to train and promote up and coming boxers.

Despite breaking records and reaching a career-high as a heavyweight, Roy decided to return to the light heavyweight arena to fight against Antonio Tarver.

In recent years, Roy has made a comeback with an incredible victory against Prince Bade Ajamu and tied with the ever-awesome, Mike Tyson who was not on his best form.

Here’s a breakdown of Roy Jones Jr.’s annual net worth:

Roy’s father, Roy Jones Sr. lost a fight with one of the richest athletes in the world, Marvin Hagler, on the same night as the Sugar Ray Leonard vs. Vinnie DeBarros fight.

Although Jones Sr. lost by getting knocked out in the third round, he was only paid $1,500, with the lion’s share going to Leonard, who received $50,000.

Roy married his long-time partner Natlyn Jones in 2000 and went on to have three sons together.

Roy is known for being a loving husband and father, with Natlyn and Roy being one of the most celebrated couples out of all the sporting celebrities.

Roy was well prepared for the Olympic games as it was to be one of the crowning achievements of his amateur career.

However, refereeing in South Korea was a spectacular failure and Roy was so angry after the fight that he lost, he vowed never to fight again.

Here are some of the finest moments from Roy Jones Jr’s career:

Roy Jones Jr. had an astonishing amateur career with a record of 121-13 before he decided to move into the professional fight world.

His many hours of training with his father paid dividends as he was as successful in the professional arena as he was on the amateur circuit.

How Does Roy Jones Jr. Spend His Money?

Roy has spent a lot of his money on business ventures, with some of them failing and leading him to bankruptcy.

He currently resides in Florida in a three-bedroom house worth $1 million and also bought a property in Venice Canals worth $2.65 million.

Several of Roy’s properties were put up for auction in 2018 to help him out of his financial difficulties.

Roy loves cars and motorbikes and has an awesome collection of the most expensive cars in the world, including the Mercedes-Benz CLK55 AMG worth $80,000. He also has a mint condition Cadillac Escalade worth over $975,000 and a 2003 Hummer valued at $20,000.

Roy kicked off his professional career with a stunning win over the favorite, Bernard Hopkins.

However, his father was not a great manager and damaged his son’s reputation to the extent that he was fired.

Here are some of the best highlights of Roy Jones Jr.’s career:

Roy’s thought process when he entered the ring was just to put a guy down as quickly and efficiently as possible.

He operated like a technician and learned to break down a fight into distinct pieces, from head to toe, find a weakness and then exploit it.

Roy Jones Jr. knew nothing but boxing from an early age, as his father was determined that he would be a success.

Here are our favorite quotes from Roy Jones Jr.:

Roy was very aware of how dangerous the sport of boxing was and after he fought Tarver he wanted a big payday with Wladimir Klitschko or Tyson or he’d retire.

Now that you know all about Roy Jones Jr.’s net worth, here are some of the best success lessons to learn from Roy Jones Jr.:

Roy found out early on that other people’s opinions do not matter in the greater scheme of things.

He didn’t let what the critics said about him bring him down or stop him from achieving his goals.

2. It’s Not About The Money

Roy feels that it is easy to forget why you got into the ring in the first place, and it’s not always about the money or getting to the top.

Even though he made history, it was never for fame but rather because it was what he knew and loved doing. The money and the fame were just extra, like icing on the cake.

It is easy to get distracted and focus on what comes next before you’ve dealt with the tasks of today.

For peace of mind, rather take it one day at a time and focus on the present and the future will take care of itself.

Roy is known by many nicknames, such as Captain Hook and Superman, representing aspects of his fighting ability.

He left a mark on sports history with his heavyweight title victory and broke a 106-year record.

Roy has left behind a legacy and currently spends his time with his family and coaching the younger generation of boxers.

What do you think about Roy Jones Jr.’s net worth? Leave a comment below.

Ryan Garcia earned a fortune as a lightweight boxer and, with his exotic cars and luxury clothing brand sponsorships, is set to become incredibly wealthy.