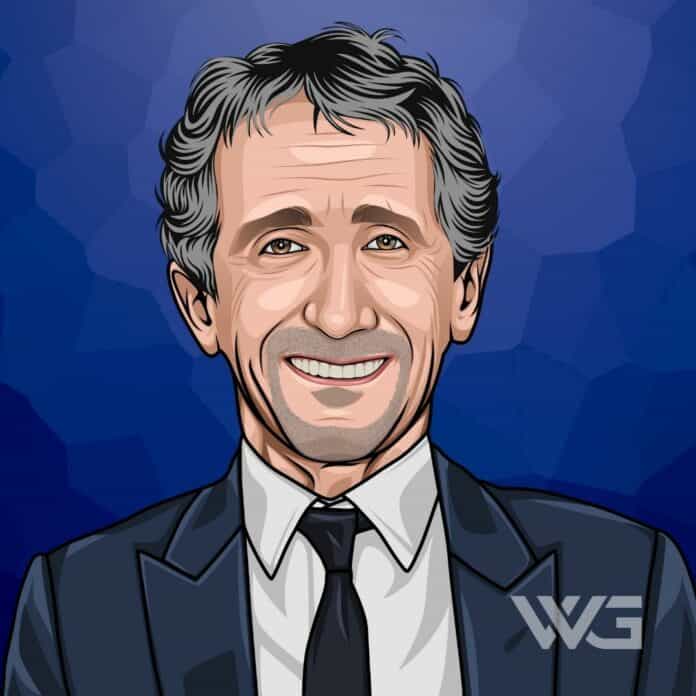 What is Alain Prost’s net worth?

Alain Prost is a French racing driver who has awed the world with his talents on the racetrack. Since finding out that he was a natural driver at the age of 14, he has worked towards being the best driver in the world.

The most famous Formula 1 racing rivalry was between Alain Prost and his Argentinian rival, Ayrton Senna, who was one of the only drivers who could match his speed and agility on the track.

He is a legend on the Formula 1 circuit due to his smooth and relaxed style and ability to read a race perfectly. He has also earned the nickname “The Professor” because of his intelligence when it came to outsmarting the competition.

He was born a very active child and, from a young age, played sports such as football and wrestling.

His father, Andre, worked as a kitchen furnishing manufacturer. His younger brother Daniel died from cancer in 1986 and Alain battled to come to terms with his loss.

With his interest in sports and fitness, Alain’s first choice of career was to become a gym instructor or focus on becoming a professional soccer player.

However, these plans came to an end as soon as he turned 14 and discovered kart racing. In no time at all, he started to win karting championships and became completely obsessed with the sport.

His passion grew so big that he eventually dropped out of school in 1974 and decided to become a professional race driver.

Alain Prost made such a name for himself in karting, that he was made offers by multiple Formula One teams.

He signed with McLaren for the 1980 season, but even though he was highly successful during this period, multiple accidents left him suffering a concussion.

Alain then signed with Renault, winning his first Formula One race and following up with a string of victories.

Despite the wins, Alain’s relationship with Renault’s management team became strained, with the team using him as a scapegoat after they failed to win a championship.

He signed with the British-based McLaren team in 1984 and won 30 races in the next six seasons, becoming the first French Formula One World Champion.

But there was a cloud on the horizon and Aryton Senna and Alain Prost were to contest the most bitter feud in Formula One history.

While Alain had a calm nature, starting slow at the beginning of the race, Aryton put his foot on the gas from the beginning.

Alain signed with Ferrari, winning five races until the car failed to remain competitive, resulting in Alain losing his first race in ten years. He publicly blamed Ferrari for not fulfilling their obligations and they fired him.

After commentating in 1992, he returned to Formula One, signing with Renault and winning several races.

Alain retired after winning the 1993 championships, due in part to the prospect of having his long-time rival, Aryton Senna, become his teammate.

He continued to commentate and later decided to work as an advisor for the McLaren team.

He also bought the Ligier team and renamed it Prost Grand Prix in 1997. The team was highly successful, but because of financial and political issues, they closed down in 2001.

Alain Prost was arguably the greatest driver that Formula One has ever produced.

His skills on the track were legendary, with a unique ability to understand the mechanics of his vehicle that allowed him to tell the crew exactly how to modify the car to make it more competitive.

After years of dominating the sport, his greatest rival put pressure on him to perform even better. This Alain did, making Formula One the most entertaining and exciting motorsport to watch for many years.

With his record of winning so many races, Alain Prost earned an enormous salary with performance bonuses and endorsements bringing him even more money.

He very wisely invested his earnings, creating huge wealth for himself and ensuring that he had enough money to follow his ambitions of owning his very own Formula One team.

Here’s a breakdown of Alain Prost’s annual net worth:

After successfully competing for so many years, Alain continued his involvement with the sport by providing insightful commentary on many races.

He then went further by signing on as a technical advisor and bought his own team to compete with the very best.

Alain married the love of his life, Anne-Marie, in 1955 and went on to have two sons; Sacha Prost and Nicolas Prost. The two had known each since they were children but could not get married as neither had the money to do so.

Anne-Marie was not a racing fan and seldom attended races when Alain was driving. However, the marriage did not last and the couple got a divorce.

After having a relationship with Bernadette Cottin, Alain had a daughter, named Victoria. His children have gone on to have their own children and Alain has three grandsons; Mika, Kimi, and Liam.

The family leads extremely private lives, making sure to keep out of the limelight and away from the press. But, you can get a glimpse into his private life by following his official Instagram account to see what he is getting up to.

Alain has been winning races since he first got involved with karting as a youngster.

Once he established himself in Formula One, he was virtually unbeatable, only losing when his car was no longer competitive.

Here are some of the more memorable moments from Alain Prost’s career:

Alain Prost’s name is synonymous with Formula One and his rivalry with Ayrton Senna will go down in sports history as one of the most entertaining.

The two drivers were both at the top of their game but approached the sport from two opposite positions.

Alain Prost is one of the richest racing drivers in the world and is first amongst the likes of  Michael Schumacher, Lewis Hamilton, Kimi Raikkonen, and Nigel Mansell from Great Britain.

How Does Alain Prost Spend His Money?

Alain has many investments, mainly in the stock market and also has significant property holdings.

It goes without saying that he loves fast cars, spending a huge amount of money on driving some of the most expensive cars in the world and pushing them to the limit.

With a career stretching over more than two decades, Alain Prost embodied everything that one expected of a racing driver.

He had quick reflexes, seemingly steel nerves, and an ability to out-think his opposition with ease.

Here are some of the best highlights of Alain Prost’s career:

After a successful career behind the wheel, Alain swapped it for a microphone so that he could provide fans with a unique view of each race. He then bought his own racing team, Ligier, and competed in Formula One as an owner.

Alain Prost is a thoughtful driver with a deep understanding of what it takes to push a highly-tuned race car to the very limits of adhesion.

But he seldom took chances, preferring to keep cool and collected, waiting for his adversaries to make a mistake on which he could capitalize.

Here are our favorite quotes from Alain Prost:

Prost was the thinking man’s champion who seldom took chances and calculated the odds of making the right move very carefully.

He was emotionally very mature and never allowed what people said to affect his driving.

Now that you know all about Alain Prost’s net worth, here are some of the best success lessons to learn from Alain Prost:

1. Slow And Steady Wins The Race

Even with his bitter rivalry against Aryton Senna, Alain always believed in starting slow and saving his energy until the end of the race.

Sometimes the universe puts roadblocks in your path, but like Alain, it is always better to compromise, as he did not always get the best from his team.

3. Work Hard And Ignore Those Who Doubt You

With success comes jealousy and hate, but Alain found that the best thing to do is to put your head down, work hard and ignore those who doubt you.

Alain Prost is a Formula One legend and will go down in history for his stunning performances and championship wins.

Starting in karting and ending as a Formula One champion, Alain is one of the best examples of a true role model. Except for the unfortunate rivalry between him and Senna, he always addressed every situation with a calm head and clear mind.

He worked hard for his fortune and will continue to live out his dream of racing even if it is from the sidelines. His skill and talent got him to where he is, and he now can enjoy retirement knowing he left a mark on the racing world.

What do you think about Alain Prost’s net worth? Leave a comment below.