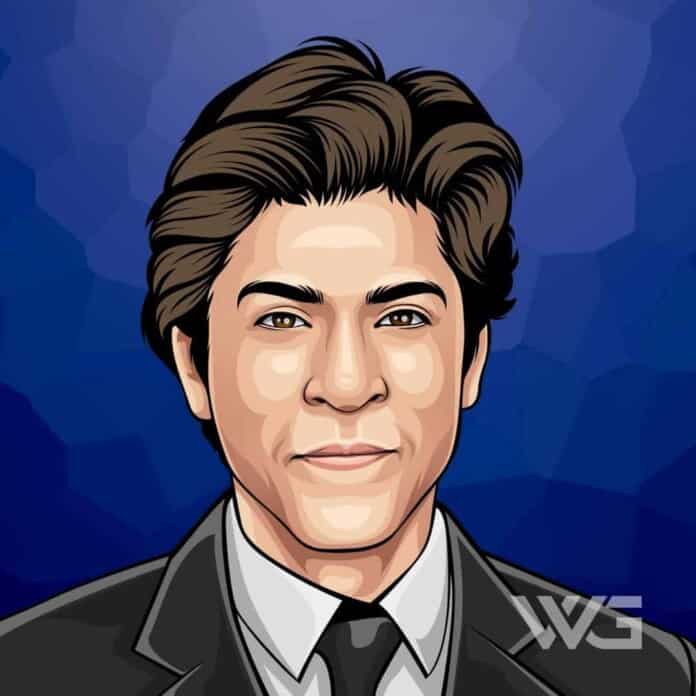 What is Shah Rukh Khan’s net worth?

As of February 2023, Shah Rukh Khan’s net worth is estimated to be roughly $600 Million, making him one of the richest actors in the world.

Khan is considered to be the “King of Bollywood”, and he has appeared in more than 80 Bollywood films, and earned numerous accolades, including 14 Filmfare Awards. Khan has a significant following in Asia and the Indian diaspora worldwide.

Shah Rukh Khan was born in New Delhi on the 2nd of November, 1965, to Meer Taj Mohammed Khan and Lateef Fatima.

He received his education from the ‘St. Columba’s School’, and was an exceptional student. Khan joined the Hansraj College in 1985, where he pursued his graduation with specialization in Economics.

He finished his bachelor’s degree in 1988. After joining the Jamia Millia Islamia University he decided to drop out so that he could pursue his acting career.

Shah Rukh Khan began his acting career in the 1988’s television show ‘Dil Dariya’ which was the directorial venture of Lekh Tandon. A year later another series named ‘Fauji’ was launched which marked his debut in the world of television.

The following year, Khan performed as one of the cast in the film ‘Rab Ne Bana Di Jodi’ which he gained huge attention for. His movie ‘My Name Is Khan’ was released in 2010, and became one of his best movies. The movie went on to shatter box office records overseas.

How does Shah Rukh Khan spend his money?

Shah Rukh Khan is one of the most popular actors in India.

He is also one of the richest actors in the world. His first salary was Rs 50 for his role in a Doordarshan TV series called Fauji.

Since 1988, Shah Rukh has toiled a lot to become the king of the film industry. Shah Rukh Khan has a 55% stake in this IPL franchise through Red Chillies.

With CEO Venky Mysore, KKR wants to achieve the feat of Manchester United. The actor leased this property in 2001 for $1.76 million and pays a negligible rent every year.

Mannat’s property valuation is above $20 million, and recently some years back Khan built a 6 story building for himself which is now attached to the bungalow and is converted into his private working area.

So many malls in the city have ‘KidZania’ but very fewer people know that Khan has a 26% stake in this.

How much King Khan has invested is not revealed. KidZania is an indoor theme park for kids.

Since one can get tired of living in a literal palace at times, he also bought a smaller, though no less upscale, apartment in Central London’s Park Lane.

Rumored to have made the purchase because of his frequent trips to the city, the property is said to have cost him $2.2 million – which isn’t really that big a price to pay when you’re Shah Rukh Khan.

Here are some of the best highlights of Shah Rukh Khan’s career:

“I do have a close circle of friends and I am very fortunate to have them as friends. I feel very close to them I think friends are everything in life after your family. You come across lots of people all the time but you only make very few friends and you have to be true to them otherwise what’s the point in life?” – Shah Rukh Khan

“When I think back on it, of course, I got lucky and got great directors and good breaks but all that was the physical part. But what made me a star was that I could take a chance and not have anything to worry about in terms of losing.” – Shah Rukh Khan

“Yes I have made a lot of money and I have a lot of respect, my films have done well, and I know there are loads of loads of people who look up to me and really love me. I really just thought this is like a strange dream. I have never thought this is a success – I don’t have a standard.” – Shah Rukh Khan

“Laziness isn’t merely a physical phenomenon, about being a couch potato, stuffing your face with fries and watching cricket all day. It’s a mental thing, too, and that’s the part I have never aspired for.” – Shah Rukh Khan

Now that you know all about Shah Rukh Khan’s net worth, and how he achieved success; let’s take a look at some of the lessons we can learn from him:

1. There is only one religion in the world – hard work

We hope and pray for good to happen in our lives. But even the higher power only works for you if you work for yourself. So if you have to believe in something, believe in hard work.

2. It’s okay to be confused

As dawn follows dusk, clarity follows confusion. As Tony Robbins says, the only problem people have is they think they shouldn’t have problems. Problems call us to a higher level.

3. There might come a time when you feel lonely

J.K. Rowling had lost everything at one point in her life. There were days she wouldn’t eat so her daughter could eat. But that dark period made her seek happiness in her creative works. And that culminated into one of the best fiction novels ever written in history.

How much is Shah Rukh Khan worth?

Shah Rukh Khan’s net worth is estimated to be $600 Million.

How old is Shah Rukh Khan?

How tall is Shah Rukh Khan?

Shah Rukh Khan is one of the leading stars of the Indian film industry, and he is considered to be one of the greatest actors in the world. He is often referred to as the romantic icon of Indian cinema, and he has many nicknames such as ‘King Khan’ and ‘King of Bollywood’.

As of February 2023, Shah Rukh Khan’s net worth is approximately $600 Million.

What do you think about Shah Rukh Khan’s net worth? Leave a comment below.