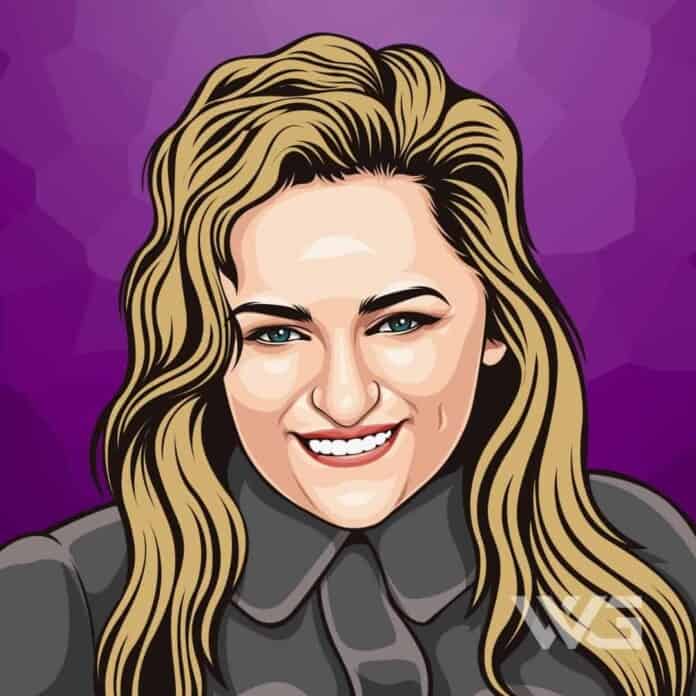 What is Ali Stroker’s net worth?

Ali Stroker is an American actress and singer from New Jersey. She is the first actress who uses a wheelchair for mobility to appear on a Broadway stage and to be nominated for and win a Tony Award.

As of December 2022, Ali Stroker’s net worth is roughly $1 Million.

Ali Stroker was born on the 16th of June, 1987, in Ridgewood, New Jersey. Stroker attended Ridgewood High School, where she was senior class president and starred in school musicals.

At the age of two, Stroker was in a car accident that resulted in a spinal cord injury that left her paralyzed from the chest down. Because she is unable to walk, she uses a wheelchair.

Stroker has had solo performances at the Kennedy Center in Washington, D.C. and New York’s Town Hall in addition to concert performances at Lincoln Center in New York City. She starred in the Paper Mill Playhouse’s production of The 25th Annual Putnam County Spelling Bee.

In 2011 Stroker made an appearance in the short film, ‘I Was a Mermaid and Now I’m a Pop Star’. In 2012 she auditioned for ‘The Glee Project’ and was cast for the 12 episode series. She made it to the final episode and placed second, earning a guest role on Glee, playing Betty Pillsbury, Ms. Pilsbury’s niece, in Season 4, Episode 14 “I Do”.

In 2014 she had a role in the film Cotton alongside Gary Cole. In 2014 and 2015 Stroker had a three-episode role-playing Wendy in the MTV series, ‘Faking It’.

Stroker was cast as Tamara in the ABC show Ten Days in the Valley in 2017.

In 2018 she played Ado Annie in St. Ann’s Warehouse’s critically acclaimed revival of ‘Oklahoma’!. The production transferred to Broadway’s Circle in the Square Theatre in 2019, earning Stroker a Tony Award for Best Featured Actress in a Musical.

Here are some of the best highlights of Ali Stroker’s  career:

A lot of my life, people have focused on what I cannot do. But I have lived my entire life looking at the things I can do.” – Ali Stroker

“This show is changing people’s minds about what someone is capable of doing and I’m obsessed with that.” –Ali Stroker

“I have wanted to be on Glee since the first time I saw that show. If I won The Glee Project it would absolutely change my life because I all of a sudden could be the girl who sang and did shows and I wouldn’t have to be the girl in the wheelchair.” – Ali Stroker

“One of the gifts of being in a wheelchair is that you get to know your physical life very well. I know what it’s like to not be able to move half my body. But the parts that I can move, I use to my advantage—in every part of my life and my work. And I’ve always felt physically able, even though I can’t walk or run.” – Ali Stroker

“In high school, when I performed in a production of West Side Story, I was so afraid. I was ashamed about moving differently. But I don’t feel that way now. I feel excited and ready to celebrate the way that I move. I’ve arrived at a place in my life where I want to be seen.” – Ali Stroker

Now that you know all about Ali Stroker’s net worth, and how she achieved success; let’s take a look at some of the strongest lessons we can learn from her about hard work:

Die trying. It’s in doing our best with what we’ve got and never giving up on our dreams that we find true joy. It’s never too late.

By not giving up, you’ll learn something new and interesting. Maybe even something profound! Life’s a journey, not a destination to be found.

Again, Dare to dream and hold your ground.

How much is Ali Stroker worth?

Ali Stroker’s net worth is estimated to be $1 Million.

How old is Ali Stroker?

How tall is Ali Stroker?

Ali Stroker is the first actress who uses a wheelchair for mobility to appear on a Broadway stage and to be nominated for and win a Tony Award. She won the 2019 Tony Award for Best Featured Actress in a Musical for her performance in Oklahoma!.

As of December 2022, Ali Stroker’s net worth is estimated to be $1 Million.

What do you think about Ali Stroker’s net worth? Leave a comment below.

What is Keke Palmer's net worth? Introduction As of ,...