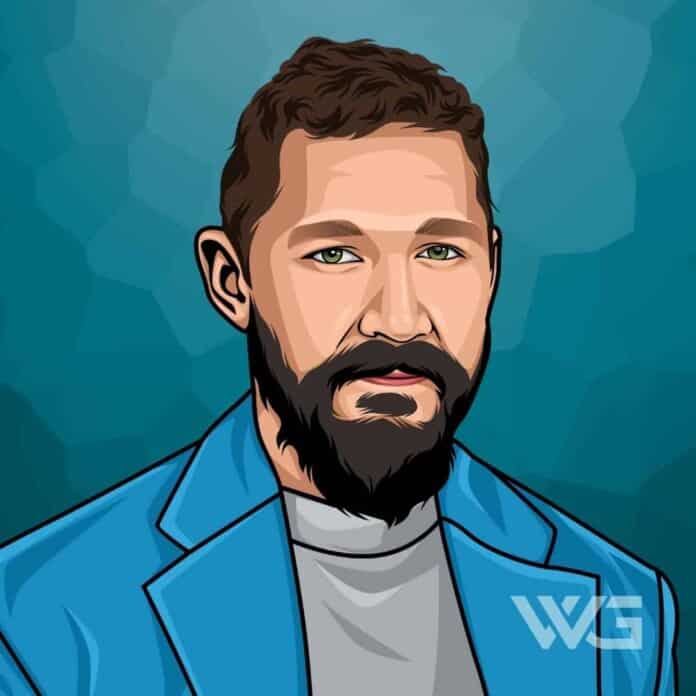 What is Shia LaBeouf”s net worth?

Shia LaBeouf is an American actor, filmmaker, and performance artist who is best known for his role as Louis Stevens in the Disney Channel series ‘Even Stevens’.

LaBeouf received a Young Artist Award nomination for his role. Since then, he has appeared several times on the big screen in movies including ‘Transformers’, ”Fury’, ‘Disturbia’, ‘Honey Boy’ and ‘The Tax Collector’.

As of December 2022, Shia LaBeouf’s net worth is estimated to be $25 Million.

Shia LaBeouf was born on the 11th of June, 1986, in Los Angeles, California. His father is a Vietnam War veteran and his mother is a clothing jewelry designer and a dancer.

LaBeouf had a Bar Mitzvah ceremony and was baptized in the Angelus church. His first name is from Szaja, the Polish version of the Hebrew Yeshayahu, meaning “God is salvation.”

Shia LaBeouf started his acting career in 1998 when he starred in an episode of the series ‘Caroline in the City.’ He was cast in several episodes of series such as ‘Jesse’, ‘Suddenly Susan’, ‘Touched by an Angel’, and ‘The X-Files’ throughout 1999.

His rose to fame came when he starred as Louis Anthony Stevens in ‘Even Stevens’. The role catapulted him to instant stardom.

LaBeouf finished working for the series in 2003.’ Having appeared in 66 episodes, his role in the series was his longest at the time.

The same year, he was also seen in the TV film adaptation of the series ‘Evan Stevens.’ The TV film was titled ‘The Even Stevens Movie.’ In 2005, he was starred alongside Keanu Reeves in the film ‘Constantine’.

Throughout his career, he has starred in movies such as Nymphomaniac’, ‘Fury’, ‘Man Down’, ‘American Honey’, and ‘Borg vs McEnroe’.

Here are the best highlights of Shia LaBeouf’s career:

“The big thing for actors is the level of commitment. So, if you know something’s already happened, there’s not a whole lot of whys and hows that go down. You just innately commit ’cause it happened. It does help with commitment.” – Shia LaBeouf

“I became a Christian man in a very real way. I could have just said the prayers that were on the page, but it was a real thing that really saved me. And you can’t identify unless you’re really going through it. It’s a full-blown exchange of heart, a surrender of control.” – Shia LaBeouf

“I want my audience to know me for my work, not because of who I’m dating or what drugs I’m on or what club I went to.” – Shia LaBeouf

“The problem with college is that there’s a tendency to mistake preparation for productivity. You can prepare all you want, but if you never roll the dice you’ll never be successful.” – Shia LaBeouf

View our larger collection of the best Shia LaBeouf quotes!

Now that you know all about Shia LaBeouf’s net worth, and how he achieved success; let’s take a look at some of the best lessons that we can learn from him:

Talent is a fictitious word that some people have created to label things. Work on your talent.

You can’t buy back your respect or your career. You only get one.

How much is Shia LaBeouf worth?

Shia LaBeouf’s net worth is estimated to be $25 Million.

How old is Shia LaBeouf?

How tall is Shia LaBeouf?

Shia LaBeouf is an incredible actor who the leading role in the popular ‘Transformers’ film series.

He is also known for his directorial skills and he made his debut with a short film named ‘Let’s Love-Hate’. LaBeouf is regarded to be one of the best actors in Hollywood.

As of December 2022, Shia LaBeouf’s net worth is estimated to be roughly $25 Million.

What do you think about Shia LaBeouf’s net worth? Leave a comment below.