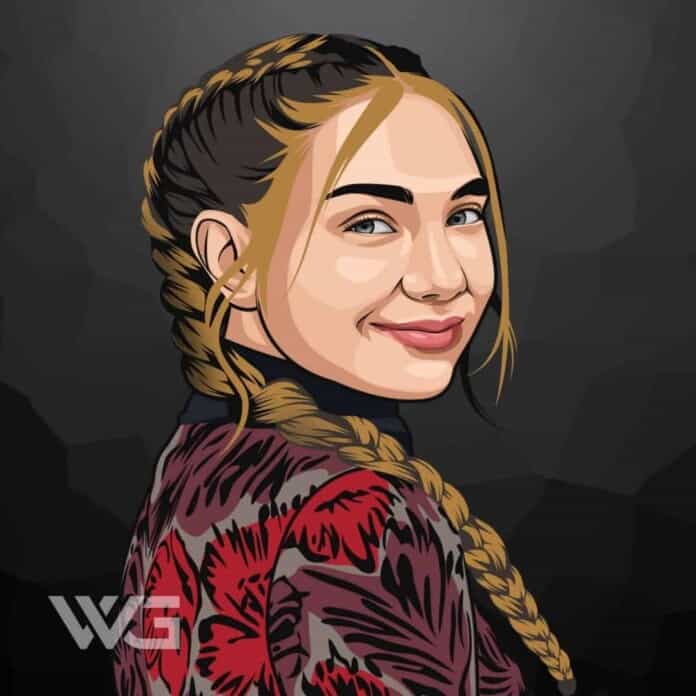 What is Maddie Ziegler’s net worth?

As of February 2023, Maddie Ziegler’s net worth is roughly $5 Million.

Maddie Ziegler is an American dancer, actress, and model from Pennsylvania.

From 2014 to 2017, she gained wider fame for starring in a series of music videos by Sia, including “Chandelier” and “Elastic Heart”, which cumulatively have attracted more than 4 billion views on YouTube.

Madison Nicole Ziegler was born on the 30th of September, 2002, in Pittsburgh, Pennsylvania. Ziegler is the daughter of Melissa Ziegler-Gisoni and Kurt Ziegler, who owned a mortgage company.

In the year 2012, Maddie Ziegler managed to get her first professional acting job when she starred as Young Deb in the episode of a Lifetime series ‘Drop Dead Diva.’

Her performance was widely applauded. After that, she got some guest roles in TV series like ‘HitStreak Summer’, ‘Austin & Ally’, and ‘Pretty Little Liars.’

With continued success as a dancer and actor in both television and movies, she became a youth icon followed by millions of American teenagers.

The fame of Maddie Ziegler shot up even further when she was rated as one of the “30 most influential teens” by the ‘Time’ magazine for two consecutive years, 2015 and 2016.

Here are some of the best highlights of Maddie Zeigler’s career:

“I don’t work with Sia every day; it depends what we do, whether we do performances or music videos, so the schedule is weird, but when we’re off, we always try to see each other in between. We just hang out; we went to brunch one time, but for the most part, I go to her house, and we eat and watch TV.” – Maddie Ziegler

“With ‘Dance Moms’ in L.A., we film on Wednesday, Thursday, Friday, and Saturday. When we film in Pittsburgh, we film the same days, but we still dance in our studio when we’re not filming, so I’m dancing every day except Sunday.” – Maddie Ziegler

“When I came back from filming the ‘Chandelier’ video, everyone was like, ‘So what’d you wear? What did the room look like? How many chandeliers were there?’ And I was like, ‘Well, I wore a blond wig, a nude leotard, the room was dirty, and there was no chandelier.” – Maddie Ziegler

“I’m a beauty guru, I just love all of that stuff. We have a makeup artist for ‘Dance Moms’ that touch us up and stuff, but I love doing my own makeup; sometimes I do my friends, too. My favorite is doing eye shadow and eyeliner.” – Maddie Ziegler

Now that you know all about Maddie Zeigler’s net worth, and how she achieved success; let’s take a look at some of the lessons we can learn from her:

2. Never Ever Give Up

Never give up on what you really want to do.

3. Be Your Own Superstar

Even though it’s great to win a game, it’s even better to be a superstar in life.

How much is Maddie Zeigler worth?

Maddie Zeigler’s net worth is estimated to be $5 Million.

How old is Maddie Zeigler?

How tall is Maddie Zeigler?

Very few people are blessed with multiple talents at a very young age.

Being good at multiple things enables them to achieve stardom at an early age. One such talented personality who became a childhood star is Maddie Ziegler.

What do you think about Maddie Zeigler’s net worth? Leave a comment below.