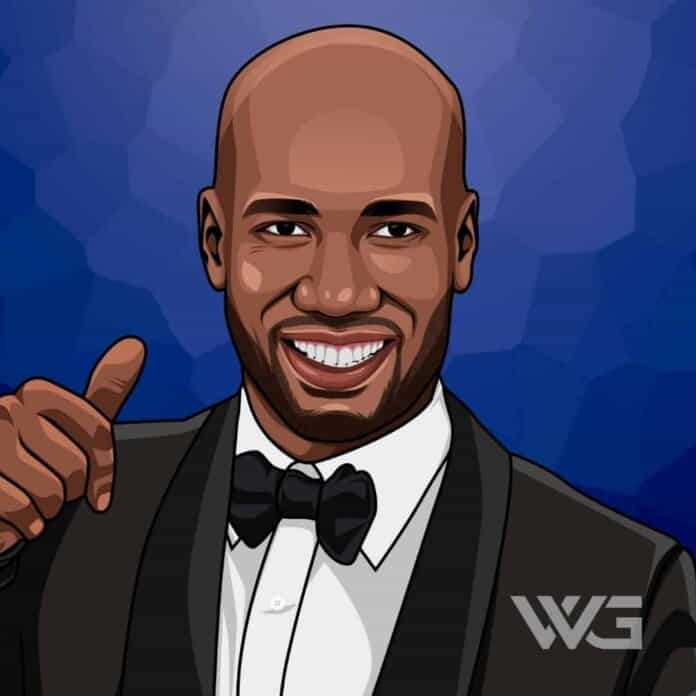 What is Didier Drogba’s net worth?

Didier Drogba is an Ivorian retired professional footballer who played as a striker.

He is best known for his career at Chelsea, for whom he has scored more goals than any other foreign player and is currently the club’s fourth highest goal scorer of all time.

As of February 2023, Didier Drogba’s net worth is approximately‎ $90 Million.

Didier Yves Drogba was born on the 11th of March, 1978, in Abidjan, Côte d’Ivoire. His mother nicknamed him “Tito”, after president Josip Broz Tito of Yugoslavia, whom she admired greatly.

He played football every day in a car park in the city but his return to the Ivory Coast was short-lived. Both of his parents lost their jobs and he again returned to live with his uncle.

When Drogba finished school he moved to the city Le Mans to study accountancy at university and he had to change clubs, becoming an apprentice at Ligue 2 club Le Mans.

Signing for Chelsea in July 2004 for £24 million, Drogba scored in his third game for the club with a header against Crystal Palace. Chelsea won the Premier League, only their second English top-flight championship and their first in 50 years, and the League Cup.

Drogba began the 2009 – 10 season in fine form for Chelsea, netting a penalty during a shoot-out win in the Community Shield over Manchester United.

In 2017, after nearly four months as a free agent and declining a move to Corinthians, Drogba signed for USL side Phoenix Rising FC. He also became an owner of the club, making him the very first player-owner in football history.

Here are some of the best highlights of Didier Drogba’s career:

“Everyone knows Cristiano Ronaldo is better than Messi, not only me but for some, it’s hard to recognize that.” – Didier Drogba

“I have won many trophies in my time, but nothing will ever top helping win the battle for peace in my country.” – Didier Drogba

“When I arrived in France, I cried every day. Not because I was in France – I could have been anywhere – but because I was so far, far away from my parents.” – Didier Drogba

“I’m a very lucky player. In three years my life has changed. I was on the bench in the second division and step by step, year after year, I worked and I know where I want to be and I enjoy my life. I think this is the best year of my life.” – Didier Drogba

Now that you know all about Didier Drogba’s net worth, and how he achieved success; let’s take a look at some of the lessons we can learn from him:

2. Stay Strong, No Matter What

Every defeat, every heartbreak, every loss, contains its own seed, its own lesson on how to improve your performance the next time.

You only struggle because you’re ready to grow but aren’t willing to let go.

How much is Didier Drogba worth?

Didier Drogba’s net worth is estimated to be $90 Million.

How old is Didier Drogba?

How tall is Didier Drogba?

Didier Drogba is one of the most successful footballers to play the game (called soccer in the United States).

After years of playing in various clubs around Africa and Europe, Drogba landed at Chelsea in 2004, where he remains a valuable and famous player to this day.

What do you think about Didier Drogba’s net worth? Leave a comment below.