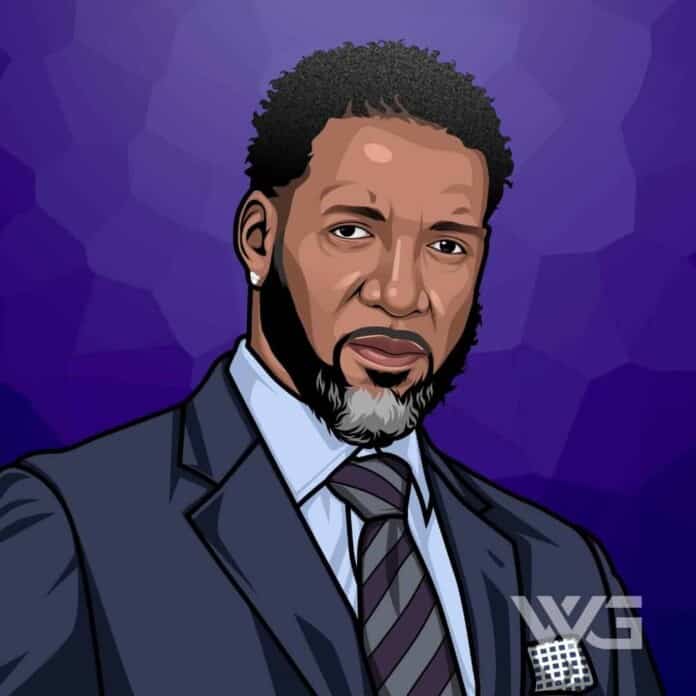 What is Tracy McGrady’s net worth?

McGrady is best known for his career in the NBA. He is a seven-time NBA All-Star, two-time NBA scoring champion, and one-time winner of the NBA Most Improved Player Award. He was inducted into the Naismith Memorial Basketball Hall of Fame as part of the Class of 2017.

McGrady entered the NBA straight out of high school and was selected as the ninth overall pick by the Toronto Raptors in the 1997 NBA draft.

Tracy Lamar McGrady Jr. was born on the 24th of May, 1979, in Bartow, Florida. McGrady was raised by his mother. As a youth, he played high school basketball at Auburndale High School for three years before transferring to Mount Zion Christian Academy in Durham.

During his final year at Auburndale, he posted averages of 23.1 points, 12.2 rebounds, 4 assists, and 4.9 blocks per game. He made a name for himself after a strong performance at the Adidas ABCD Camp.

In 2010, he joined the New York Knicks as part of 3 team trade involving New York, Houston, and the Sacramento Kings. McGrady has 4 children with his wife, CleRenda Harris.

During his high school years, McGrady was named Mr. Basketball USA and was a McDonald’s All-American. He was drafted as ninth overall by the Toronto Raptors in the 1997 NBA Draft.

How Does Tracy McGrady Spend His Money?

Tracy McGrady spends his money on real estate and cars.

McGrady owns a fantastic home in Orlando. It comes with 7 bedrooms, 8.5 bathrooms, an elevator, boat dock, and over 12,000+ square feet.

McGrady loves to drive a fancy car. One of his most notable purchases includes a customized blue Mercedez Benz.

Here are some of the best highlights of Tracy McGrady’s career:

“We felt like before the season started, leaving out all the injuries, we felt like we were going to be a pretty good team. We started out slow due to injuries. It kind of set us back a little bit. But winning that home game (against the Boston Celtics), then going on a six-game road trip, that was either going to make us or break us.” – Tracy McGrady

“We’re definitely getting up with them coming back. The last four games, we’re playing very well. With our best players coming back, it’s only going to help improve our team even more and give us a lot more depth. … We’re back on track, and hopefully, we can stay like that.” – Tracy McGrady

“It’s every player’s personal goal, to make the All-Star team. It’s a personal accomplishment guys want to make to get a chance to participate against the elite players. Every player in this league wants to be there.” – Tracy McGrady

Now that you know all about Tracy McGrady’s net worth and how he achieved success; let’s take a look at some of the lessons we can learn from him:

In order to do great things, you have to take on challenges in your life.

People are so scared to really voice who they are. They want to be politically correct. Just scared to see what other people’s perceptions are.

Great execution. That’s what you have to do when you’re playing great teams.

How much is Tracy McGrady worth?

Tracy McGrady’s net worth is estimated to be $70 Million.

How old is Tracy McGrady?

How tall is Tracy McGrady?

His annual salary during the final years of his career was $23 million. McGrady was born in Bartow, Florida. He was an NBA All-Star 7 times. During the 2003-2004 season, he led the league in scoring.

What do you think about Tracy McGrady’s net worth? Leave a comment below.