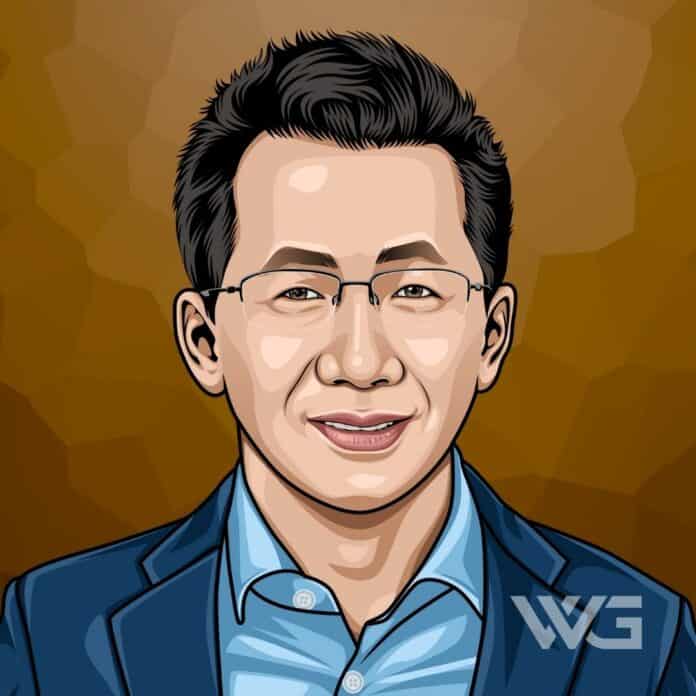 What is Zhang Yiming’s net worth?

Zhang Yiming is famous for his multi-billion-dollar internet corporation, ByteDance, which owns TikTok. Starting from virtually nothing and growing it to be where it is today, shows Zhang’s pure talent for entrepreneurship.

The world is amazed at how successful TikTok has become, due mostly to Zhang’s impressive coding and computer skills.

His hard work and dedication have paid off, as he is currently one of the richest men in China.

As of November 2022, Zhang Yiming’s net worth is estimated to be $44 Billion.

Zhang Yiming was born April 1, 1983, in Fujian, China and received his name from a Chinese proverb that means “Surprising everyone with a first attempt”.

He was born into a middle-class family; it is said that his father was either a librarian or a government worker who worked in an electronic processing plant while his mother was a nurse.

On graduating from high school and enrolling at Nankai University, Zhang discovered his love for electronics. He decided to major in the study of microelectronics until he changed his major to software engineering.

He graduated from university with a degree at the age of 22, in 2005. He quickly secured his first job at the Kuxun travel website. The company was small but Zhang was able to move up fast and soon became a technical director. He quit in 2008 to follow his dream of working at Microsoft.

Unfortunately, Zhang found that the Microsoft company was not for him as he felt his creativity seeping away the longer he worked there. As soon as he left the company, Zhang used all the knowledge he had gained to create TikTok and expand his own company.

Zhang immediately went to work for his new company after leaving Microsoft. He was able to establish himself as an entrepreneur once he released Fanfou, but unfortunately, the business failed and he was back at step one.

Despite the failure of Fanfou, Zhang pushed through and after finding out about Expedia buying Kuxun, Zhang made his move. He decided to take over the real estate division and created his first success, called 99fang.com.

Unfortunately, his time with the company came to an end 2 years later and Zhang had to get creative once again.

In 2012, he founded the ByteDance company and developed Toutiao. Toutiao is a news aggregator that was a huge success. Zhang then made one of the best decisions of his career and decided to purchase Musical.ly and transform it into TikTok.

Both Tik Tok and Toutiao have gone on to be incredibly successful for ByteDance. After only seven years, the company had over one billion paying users. At first, investors were turning him down, but the company had enough users daily to create a healthy profit.

After proving ByteDance’s worth, Sequoia Capital changed their minds and made a $100 million investment in 2014.

Yiming was CEO for over seven years and served as the chairman of the Beijing ByteDance company board of directors.

Zhang decided to step down from the company due to a lack of social skills needed and handed over his leadership to a former college roommate, Liang Rubo, in 2021.

His company’s success has catapulted him onto the list of the richest people in the world in the world, a group that includes Elon Musk, Jeff Bezos, and Warren Buffet, the investor extraordinaire.

Zhang spent a considerable amount of time honing his skills and learning from the best at Microsoft.

When the chance appeared, he took it, creating one of the most successful internet sensations of the last 5 years.

With his massive success, Zhang has been the target of allegations that he has stolen technology that belongs to western companies.

While the allegations are unproven, Chinese companies have a bad reputation for intellectual property theft, which leaves the question open-ended for now.

Zhang took advantage of the early phases of the internet in China. In the early 2000s, the internet was not as sophisticated with fewer competing companies.

He took the opportunity to establish a customer base of over 100 million users, which is the basis for his massive wealth.

Here’s a breakdown of Zhang Yiming’s annual net worth:

Although Zhang is fantastically wealthy, the pandemic and lockdowns have not been kind to his company.

The price of his stock tumbled in the wave of selling that took place in 2020 and 2021.

There is very little known about Zhang’s personal life as he chooses to keep it private. This is understandable, as he is amongst the most wealthy people in the world.

What we do know is that he married his childhood sweetheart, but her name is not known.

He can buy whatever he wants and owns a fleet of the most expensive cars in the world, including a Rolls Royce and Ferraris.

Zhang does not seek out publicity and tries to keep out of the media spotlight as much as possible.

However, due to his phenomenal success, reports are quick to reference him in lists of the wealthiest people in the world and keep track of how much he is worth.

Here are some of the more memorable moments from Zhang Yiming’s career:

Zhang is quite young to be on a list of the richest people in the world, but his technical skills and ability to spot an opportunity are legendary.

He finds himself in a difficult position though, as the Chinese Communist Party does not always look kindly on ostentatious wealth, as the owner of Alibaba, Jack Ma, found out.

How Does Zhang Yiming Spend His Money?

Zhang currently resides in Shanghai, China in a mansion worth over $10 million. He has also invested in a property in Hong Kong that is estimated to be worth $30 million.

Zhang also founded the Fangmei Foundation, which is a charity that has as its main goal the task of strengthening the education infrastructure.

Zhang has been achieving impressive advances in technology since he first started in business.

Now that he has his own company, he can unleash his entrepreneurial skills to take advantage of the market.

Here are some of the best highlights of Zhang Yiming’s career:

As the founder and chief executive of Beijing ByteDance Technology Co., Zhang stands out as one of China’s leading internet moguls, having created one of the world’s largest internet technology conglomerates.

His genius is found in his ability to create a content platform that attracts the younger social media crowd who consume enormous amounts of content each year.

Zhang does not speak much to the media and his interviews are brief. However, he is a deep thinker who considers his words carefully before answering or explaining a point.

Here are our favorite quotes from Zhang Yiming:

Zhang followed a few rules that helped him build his massive empire.

He is also aware that there is a certain amount of luck involved in his success, so he doesn’t appear to take himself too seriously.

Now that you know all about Zhang Yiming’s net worth, here are some of the best success lessons to learn from Zhang Yiming:

1. Stay Within Your Passion

Sometimes it’s best to get out of your comfort zone, but there are times when you need to step back to preserve your happiness. Zhang was able to create a multi-billion company, but when he knew that his skills were not the right match, he stepped down to help the company.

2. Set Expectations But Don’t Be Hard On Yourself

It is all very well setting expectations for yourself, as it can drive you to be where you want to be one day. But if those expectations are set too high, it will confine you and even blunt your creativity in many ways.

3. Your Health Is Everything

Founding a billion-dollar business can be stressful, but if you listen to what your body needs, you can then always be the best you can be.

Being one of the youngest tech billionaires in the world can be stressful, but Zhang has powered through and proven that he can handle it.

He took an already successful app and made it a raging success through clever marketing. His great mind and marketing skills have placed him at the top of the success ladder and we’re sure his wealth will continue to grow in the years to come.

Zhang may have stepped down as CEO for now, but his internationally successful company is in good hands while he develops the necessary skills to make it even more profitable.

As of November 2022, Zhang Yiming’s net worth is estimated to be $44 Billion.

What do you think about Zhang Yiming’s net worth? Leave a comment below.