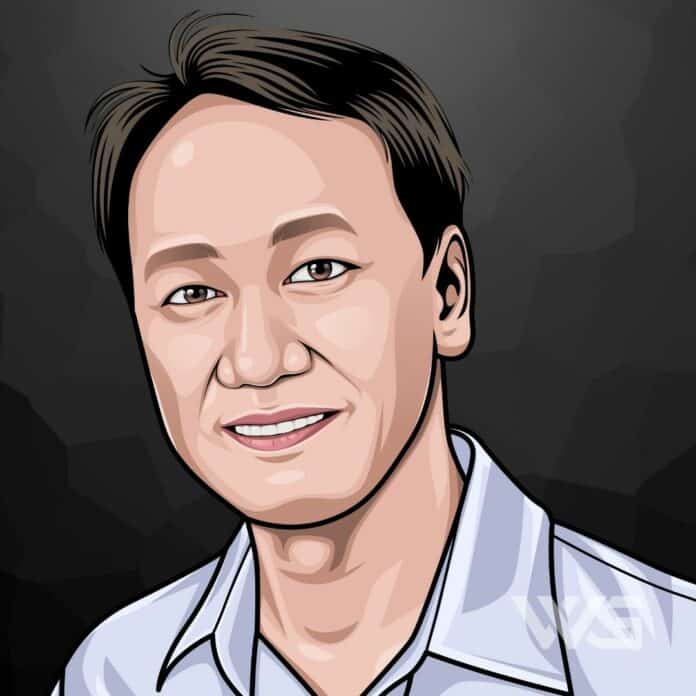 What is Michael Chang’s net worth?

Although he retired in 2003, he continues to be active in tennis, coaching Kei Nishikori since 2014.

As of January 2023, Michael Chang’s net worth is estimated to be $30 Million.

Michael T-pein Chang was born February 22, 1972, in Hoboken, New Jersey, to Betty and Joe Chang, though he would spend most of his childhood in St. Paul, Minnesota.

While living in St. Paul, Michael learned how to play tennis before the Changs moved to Placentia, California, and later Encinitas, California, so that he could have more opportunities in the sport.

Growing up, Michael’s mother quit her job as a chemist to travel with him on tour, and after becoming #163 in the world at the age of 15, Michael dropped out of San Dieguito High School to pursue a career as a professional.

During his amateur career, Chang won many titles, even becoming the youngest player to win a draw match at the US Open.

However, he won his first top-level singles title in 1998 in San Franciso at the age of 16, which truly kicked off his professional career.

While he had drawn a lot of attention with his previous wins, in 1989, he won the French Open at the age of 17, becoming the youngest male player to ever win a Grand Slam title.

By 1992, Chang had reached three more Grand Slam finals, winning the French Open once more in 1995.

Chang also became a key player on the US team during the Davis Cup in 1990, where he helped them take first place.

He would also play on the US team that won the World Cup in 1993, after having represented the US during the 1992 Summer Olympics in Barcelona.

His final top-level title was earned in 2000 in Los Angeles, after which he retired from the court in 2003, later joining Jim Courier’s senior tour in 2006.

While he may not be earning titles for himself, since 2014, he has served as the coach for Japanese player Kei Nishikori.

Michael Chang excelled in singles matches, and that is where he earned the majority of his money.

Although he is no longer one of the richest tennis players in the world, Chang earned a significant amount during his career, and we have information about his most important gains.

In addition to his career earnings, Chang has also earned millions from endorsements with Reebok, Nissin Foods, Panasonic, Cathay Pacific Airlines, Discover Card, and many more.

As a devout Christian, Chang has attended the Master’s ministry program at Biola University in California, where he also serves on the Board of Directors.

Chang has also been a huge advocate for tennis, which helped introduce a new generation of players to the game, including Jim Courier, Andre Agassi, and Pete Sampras.

He also advocates for grassroots tennis development in Asia through his Stars of the Future program in Hong Kong.

On social media, Chang can be found on his official Instagram account, where he often posts about tennis and the causes he supports.

Michael Chang earned many awards and titles during his professional career, all of which have helped distinguish him.

While all of his victories and accolades have been important, some stand out more than others.

Here are some of Michael Chang’s most significant career awards and titles:

Although he may not have earned as many accolades as Venus Williams, Michael Chang’s professional tennis career still stands out as one of the most noteworthy in the industry.

How Does Michael Chang Spend His Money?

Fans got a taste of Michael Chang’s lavish lifestyle when he put his California mansion up for sale in 2019 with an asking price of $8 million.

The Mediterranean-style home, which boasts two tennis courts, a pool, and three putting greens, is situated in the gated community of Coto de Caza in Orange County.

Chang and his family originally built the home in 1990 and have lived there until finally putting it on the market.

Located just outside one of the most expensive cities in the U.S., this home is located in an extremely wealthy area and provides both security and privacy.

With 7,665 sqft in the main house, there are seven bedrooms and five full bathrooms, along with a 2,621 sqft guest house that features two beds and two baths.

Although we don’t know where Chang has moved to since selling this impressive mansion, we can assume it is just as lavish and impressive.

There have been many memorable moments throughout Michael Chang’s career that have helped make him one of the most successful players on the court.

However, some of these milestones were more formative than others and impacted his fame and fortune more than others.

Here are some of the best highlights of Michael Chang’s career:

Michael Chang has enjoyed a lot of success on the court, but these are the most significant highlights of his career.

Michael Chang was not only an incredible tennis player, but he was also one of the hardest-working and most determined.

No matter what came his way, win or lose, Chang stayed positive and kept forging ahead, something he always made evident in his interviews.

Here are our favorite quotes from Michael Chang:

There is a lot that we can learn from Michael Chang and his long career in professional tennis.

Now that you know all about Michael Chang’s net worth, we can take a look at what he can teach us about reaching our own success.

Here are some of the best success lessons to learn from Michael Chang:

1. Every Day Is A New Opportunity

One amazing thing that we can learn from Chang is his way of seeing each new day as a new opportunity.

Just because today didn’t go the way you wanted doesn’t mean that tomorrow will be the same, so take each day as it comes and treat it as a new beginning and not a continuation.

Even if you’re not a professional sports player, you can still benefit from being competitive, especially if you want to stand out from your peers.

This doesn’t mean competition should go to your head, but rather that you should keep working hard to distinguish yourself from others in your field.

3. Keep Trying When you Don’t Succeed

You can’t give up when you don’t immediately succeed, and it is important to try, try, and try again, no matter how many times you fall short.

Don’t think of failures as a setback but rather as lessons that will help you develop your true potential.

Michael Chang is a highly accomplished former tennis player who has earned a solid fortune as one of the best on the court.

While he has been retired since 2003, he continues to maintain a presence in professional tennis as the official coach of Kei Nishikori.

Be sure to check back often as Michael Chang’s wealth continues to increase steadily!

As of January 2023, Michael Chang’s net worth is estimated to be $30 Million.

What do you think about Michael Chang’s net worth? Leave a comment below.