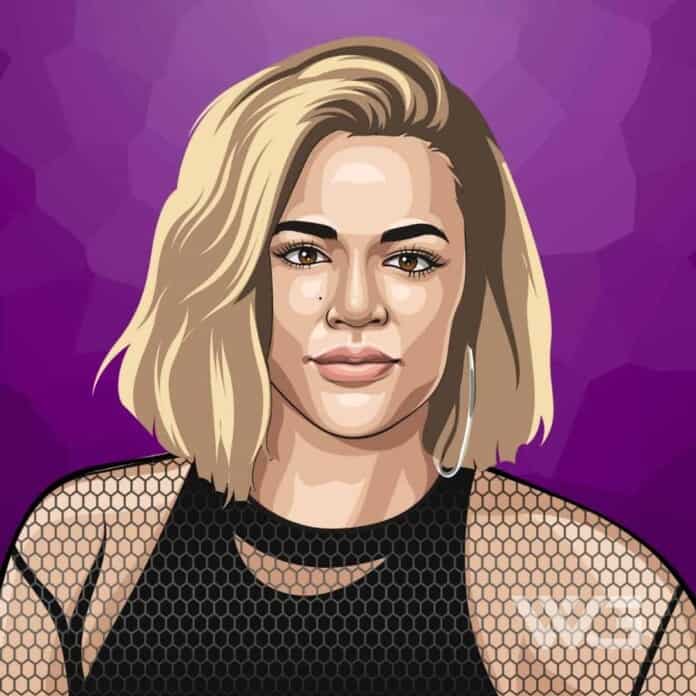 What is Khloe Kardashian’s net worth?

As of February 2023, Khloe Kardashian’s net worth is roughly $60 Million.

Khloe Alexandra Kardashian is an American reality television star, model, socialite, entrepreneur, and businesswoman. We mostly know Khloe from the reality show ‘Keeping Up With The Kardashians’ and ‘Kourtney and Khloe Take Miami’.

In 2016 she hosted her own talk show ‘Kocktails with Khloe’ and fitness reality show ‘Revenge Body with Khloe Kardashian’.

Khloe Alexandra Kardashian was born in Los Angeles, California on the 27th of June, 1984. She has two older sisters Kim and Kourtney, and a younger brother Rob. Khloe is the daughter of Kris and Robert Kardashian.

Kardashian attended Marymount High School when she was a teenager and later dropped out and enrolled in a home-based school. When she turned 17 years old she earned a GED one year in advance of what should have been her regular graduation date.

Khloe Kardashian started her early career when the reality show ‘Keeping Up With The Kardashian’ was launched in 2007.

The show featured Khloe and her family and was a grand success and lead to the subsequent spin-offs ‘Kourtney and Khloe Take Miami’ and Khloe & Lamar’ that were a huge hit.

Kardashian and her sister have launched the D-A-S-H store chain in Miami and they also released the jewelry and clothesline called ‘Babe’ and later released another clothing line.

She joined Miami’s Top 40 Mainstream radio station for a weekly talk in 2009. Kardashian also made a cameo appearance with her sister Kourtney Kardashian. In 2011 she was seen in another cameo appearance in ‘Kourtney and Kim Take New York’.

Khloe and her siblings made their first mark with the release of their autobiography ‘Kardashian Konfidential’ in 2010 which was all about the family affairs of the Kardashians and tips for leading a meaningful life. She also marketed two unisex called ‘Unbreakable’ and ‘Unbreakable Joy’.

In 2012, Kardashian launched a commercial-free talk show called ‘The Mix Up with Khloe Kardashian Odom’. Khloe’s success on the show confirmed her as a co-host with Mario Lopez for the second season of the American version of the X-Factor.

Today, she is an established reality star with a massive following on social media and Khloe Kardashian’s net worth is estimated to be over $60 Million.

Here are some of the best highlights of Khloe Kardashian’s career:

“I bought Justin Bieber’s house… He had, like, this nook under the stairs which I didn’t need, so I covered it up. When I ran into him, he was like ‘What did you do with the nook? I used to go in there and play video games.’ When I told him it was gone, he was so upset. I didn’t think this 20-year-old boy would even care!” – Khloe Kardashian

“The Armenian Genocide is such a controversial and very sensitive issue because the Turkish and Armenian people disagree about the facts of what actually happened. I know how strongly Armenians feel about the Genocide, and how it’s never been recognized. At the same time, I do not hold today’s generation of people accountable.” – Khloe Kardashian

“I just think that knowing about your body at any age, whether it’s educating yourself on fertility, getting mammograms, going through puberty – whatever it may be, is really important. I just really encourage women empowerment and being comfortable talking about these issues.” – Khloe Kardashian

“When I started working out, it wasn’t about weight loss; I was going through a really hard time and needed an emotional release. Once you start getting in the tabloids claiming you have fake body parts, then it’s like, ‘Okay, I made it. Now I’m really working out.” – Khloe Kardashian

How much is Khloe Kardashian worth?

Khloe Kardashian’s net worth is estimated to be $60 Million.

How old is Khloe Kardashian?

How tall is Khloe Kardashian?

Khloe Kardashian has mostly earned her net worth through her work from the series she starred in and also from her work as an executive producer and cast member as well as her own spin-offs.

As of February 2023, Khloe Kardashian’s net worth is estimated to be roughly $60 Million.

What do you think about Khloe Kardashian’s net worth? Leave a comment below.