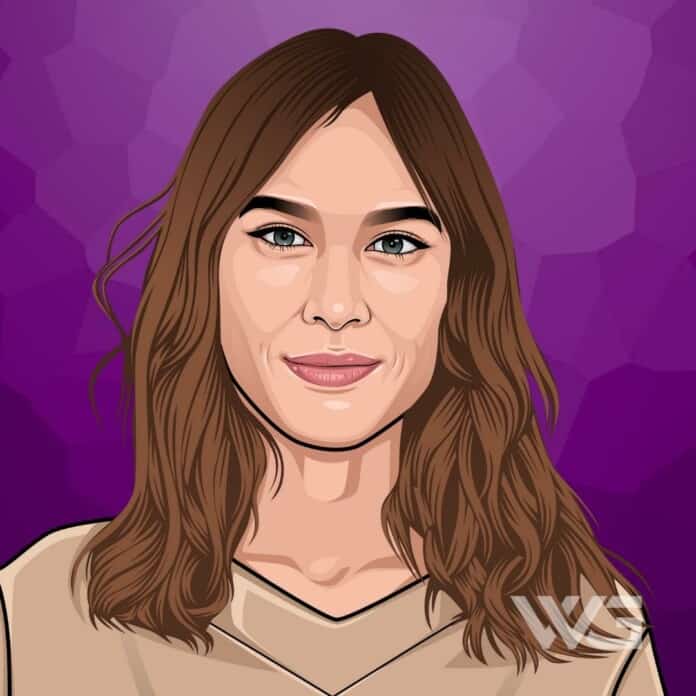 What is Alexa Chung’s net worth?

Alexa Chung is a British writer and model.

She is also a well-known television presenter and fashion designer. She is probably best known for working with British Vogue. Chung is the writer behind the book ‘It,’ which was released in 2013. She has first noticed by modeling scouts when she was 16 years old.

Alexa Chung was born on the 5th of November, 1983, in Privett, Hampshire, England.

Chung is the daughter of Gillian and Phillip Chung. Her father is mostly of Chinese descent while her mother is of English descent.

She grows up taking dance classes. She attended secondary state school at the Perins School and at Peter Symonds College in Winchester. Chung was accepted at King’s College in London later on to study English. At the age of 16, she was scouted by a modeling agency.

Chung was scouted after she was seen at a tent at the Reading Festival when she was 16 years old. She then modeled for magazines such as Elle Girl and CosmoGirl. She worked for companies such as Fanta, Sony Ericsson, Sunsilk, Urban Outfitters, and Tampax.

Chung then appeared in music videos for artists such as The Streets, Westlife, Delta Goodrem, Reuben, and Holly Valance. After a few years, she stopped her modeling career and started to focus more on her fashion journalism career.

After she became a TV personality she returned to the modeling world. In 2008, she was the face of Antipodium’s SS 2008 collection. The same year, she walked the catwalk as a part of the Vivienne Westwood Red Label Spring/Summer 2009 show in London.

Chung worked with Tommy Hilfiger as a guest editor in 2014. She was the face of Longchamp in 2013, and by 2015, she had appeared in her fourth campaign for the fashion brand.

Here are some of the best highlights of Alexa Chung’s career:

“Boys say they don’t mind how you get your hair done. But then they leave you for someone with really great standard girl hair, and the next thing you know. You’re alone with a masculine crop crying into your granola.” – Alexa Chung

“Hair is so linked to how we feel and everyone goes for something radical after a break-up, but my advice if you’ve suffered heartbreak or you have broken up with someone is not to touch your hair. It’s the first thing women do, but you’re not in a fit state to make long-term decisions. You’ll have to spend four years growing it out.” – Alexa Chung

“I just think that whole culture of hatred, and also feeling like it’s your right to judge people when you don’t know them, is really f***ed up. So I’m pleased I experienced that side of it, so I can learn to be a better person on the other side of it.” – Alexa Chung

“I think it’s about time people stopped judging women on their appearance and more on their intellect. Like you can appreciate my style without having to appreciate my weight. It’s not actually mutually exclusive. I just get frustrated because just because I exist in this shape doesn’t mean that I’m like advocating it.” – Alexa Chung

“The problem with heartbreak is that nobody can help you when you’re heartbroken. Nobody and nothing. Not the films you watch alone desperately searching for a character who feels the way you do, not the glasses or bottles of whisky you keep by your bed and certainly not Instagram.” – Alexa Chung

Now that you know all about Alexa Chung’s net worth and how she achieved success; let’s take a look at some of the best lessons we can learn from her:

Stick to the classics, and you can’t ever go wrong. Chung sees old ladies on the street who have fabulous style and realize it’s because they are probably wearing really classic items that they’ve had for years and years.

Not everything happens for a reason. Sometimes life just sucks.

3. Things Doesn’t Have To Be Perfect

Everything doesn’t have to be perfect. You can learn as you go.

How much is Alexa Chung worth?

Alexa Chung’s net worth is estimated to be $12 Million.

How old is Alexa Chung?

How tall is Alexa Chung?

Alexa Chung is a television presenter and model. She is best known for being an editor at British Vogue.

Chung has earned her net worth through her career as a host of ‘Gonzo with Alexa Chung’ and as a contributing editor of British Vogue. Chung is a perfect example among models that beauty and brains can go together. She first posed for magazines CosmoGirl and Elle Girl.

What do you think about Alexa Chung’s net worth? Leave a comment below.

Ryan Garcia earned a fortune as a lightweight boxer and, with his exotic cars and luxury clothing brand sponsorships, is set to become incredibly wealthy.