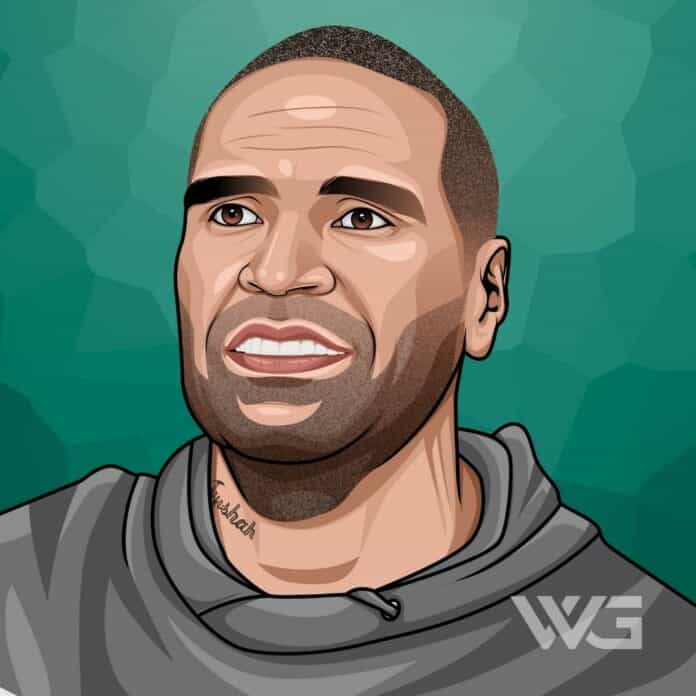 What is Anthony Mundine’s net worth?

Anthony Mundine is a former rugby league player and former super-middleweight title holder from 2003 to 2008.

He also held the IBO middleweight title from 2009 to 2010. His feud against Danny Green and Daniel Geale is the stuff of legends.

Mundine is the 18th richest boxer in the world with most of his wealth coming from boxing and his rugby career.

As of January 2023, Anthony Mundine’s net worth is estimated to be $30 Million.

Anthony’s father, Tony, is a former professional fighter, and his mother, Lyn Mundine, was a stay-at-home mom.

His parents decided to separate in 1984, but despite that, Anthony still saw his father as “the head of the family”.

During his high school years, Anthony played in rugby league for Hurtsville United. He was part of the team that secured the University Shield in both 1993 and 1994.

Unfortunately, he does not have fond memories of his time at school and prefers not to talk about it to this day. Even though he does not talk about his own experiences, he has a lot to say about how we should improve our education systems.

Anthony attended Cleveland Street High school as well as Canterbury Boys High school. He played for the Australian Schoolboys team in 1993 before signing with the Sr. George Dragons at the age of eighteen.

He started his junior years playing for the under-19s Junior Kangaroos in 1994. Unfortunately, in 1996, Anthony lost a grand final and was a part of the racial vilification that followed.

Anthony was verbally abused by Barry Ward, which resulted in Barry being fined for his racial slurs.

He played for several more years and even participated in the New South Wales rugby league.

After several successful years, Anthony started to receive fewer offers to play and decided to take his skills elsewhere.

With his father being a former fighter, Anthony had some basic boxing knowledge and thoroughly enjoyed the sport. So, it was no surprise when he decided to begin a new career as a professional boxer.

His career in boxing took off overnight when, in 2003, he became the WBA Super Middleweight Champion.

During his time in the ring, his fights with Danny Green became some of the most watched events in Australian boxing history.

While he was still boxing professionally, Anthony ventured into business with a stake in a café called Boxa Bar.

He then extended that to a sporting brand called Boxa, which offered boxing gloves and helmets.

Unfortunately, his café venture went up in flames after the Boxa Bar in Hurstville was fire-bombed in the early of the morning.

In 2021, Anthony announced his retirement from boxing during a conference in Sydney.

Mundine joins Daniel Jacobs, Saul ‘Canelo’ Alvarez, and Fernando Vargas as one of the wealthiest boxers from the middleweight division.

Anthony is ranked as one of the richest boxers in the world after he earned an impressive income by winning the World Super Middleweight Championship belt.

After he retired from the ring, he used the money he had made as an athlete to open a café and a successful sporting goods brand.

Anthony was once the highest-paid player in the Australian National Rugby League and his income from boxing took a massive upturn when he became world champion.

After starting his sports goods brand, Mundine’s earnings jumped yet again as he managed to create a successful business on the back of his sporting fame.

Despite his troubles over the years, Anthony has not had too much trouble generating an enormous income.

He has managed to amass his fortune from one of the largest player contracts in rugby league and his earnings from his time as a world boxing champion ensured that he never had to work again if he didn’t want to.

Here’s a breakdown of Anthony Mundine’s annual net worth:

Anthony makes no bones about the fact that he considers himself Australia’s best athlete.

While his brash manner and assertive style may not go down too well with some of the fans, there’s little doubt that this talented boxer has done extremely well for himself.

Anthony has not shared much about his personal life, but what we do know is that his partner’s name is Danielle.

The couple has five children together and lives in their eight-bedroom house in Sydney. He spends most of his time traveling between his martial arts gym and sporting goods businesses.

Margarito recently added a lucrative endorsement deal in the health and wellness industry with the IsoWhey wellness company to his portfolio.

Anthony believes in giving back and was acknowledged for his work by receiving the “Momentum Most Inspiring Man of the Year 2020” award for empowering communities and workplaces.

Mundine is a devoted Muslim and focuses a lot of his efforts within his community, especially on the marginalized members of society.

Tony Mundine’s family comes from the Bundjalung people of New South Wales and as far as his athletic abilities are concerned, he considers himself a freak.

He is understandably proud of his world title achievements in two totally different sports.

Here are some of the more memorable moments from Anthony Mundine’s career:

Anthony Mundine has had to fight for everything he’s achieved in his life. Growing up, the opportunities open to him were limited, and he had to fight racial inequality and prejudice every step of the way.

How Does Anthony Mundine Spend His Money?

From early on, Anthony knew that he needed to invest his earnings to ensure that his future would be secure.

To this end, he has an extensive real estate portfolio, with one of his biggest investments being an eight-bedroom property he purchased that is worth $2.16 million.

In the mid-2000, Anthony moved into the hospitality industry, opening a café bar and then adding a lucrative deal in the wellness sector to his interests. He now has a very impressive partnership with IsoWhey.

With his background in boxing, it was natural for him to look for products that he could sell that fitted in with his image. Boxing gloves and helmets were the first things he created for his brand, followed by clothing and a martial arts gym.

He certainly likes speed and has been seen in some of the most expensive cars in the world, driving a BMW and other top-end luxury sedans, not to mention the GM H1 Hummer.

Mundine’s career in two sports is nothing short of spectacular and he has earned the well-deserved title of being Australia’s greatest athlete.

Not only did he win titles during his rugby league days, but he went on to become world champion in the super heavyweight division as well.

Here are some of the best highlights of Anthony Mundine’s career:

After moving from rugby to boxing, Anthony was able to put in the time required to rise to the top of the boxing rankings very quickly.

He secured fights against much more experienced fighters very early on and challenged for the world title after only 10 professional fights.

Anthony grew up in a rough neighborhood, which meant that he often had to fight either physically or verbally.

This made him a challenging opponent both on the playing field and in the ring, as he just didn’t know how to back down.

Here are our favorite quotes from Anthony Mundine:

Anthony has mellowed over the years, he’s not as hot-headed as he once was and is more inclined to carefully choose his words.

1. No Matter Your Background, With Hard Work You Can Achieve Your Dreams

Anthony is an example of what hard work and dedication can achieve if you have a firm goal in mind.

With his move into professional rugby at only 18 years old, Anthony realized a childhood dream to play against the best in the sport. It didn’t matter where he came from, all that mattered was that he was ready to take on the challenge and put in the hard work required.

Many controversies arose from comments that Anthony made during his early years.

After he retired, he realized his mistakes and was able to conclude that his previous comments were immature and not who he was and is now.

3. It Is Okay To Change Your Life And Career Goals

At first, Anthony wanted to focus on his rugby career only. But after facing racial abuse and realizing it wasn’t for him, he decided to change course and try and achieve another dream by becoming a pro boxer.

He quickly made a name for himself and was able to achieve his ambition of winning a world title.

Before leaving boxing, he realized that he needed additional challenges and a way to earn a living once he left boxing. This prompted him to invest in a variety of businesses, reinventing himself yet again.

Anthony has shown what hard work can get you and even though he was constantly reminded of his controversial comments earlier in his career, he still pushed through.

After leaving rugby, his boxing career took flight and he successfully defended his titles, ending his career with 44 wins, 26 of them being knockouts.

He has fought over 49 bouts since the beginning of his professional boxing career and his athletic prowess has made him one of the most famous Australian sportsmen ever.

As of January 2023, Anthony Mundine’s net worth is estimated to be $30 Million.

What do you think about Anthony Mundine’s net worth? Leave a comment below.