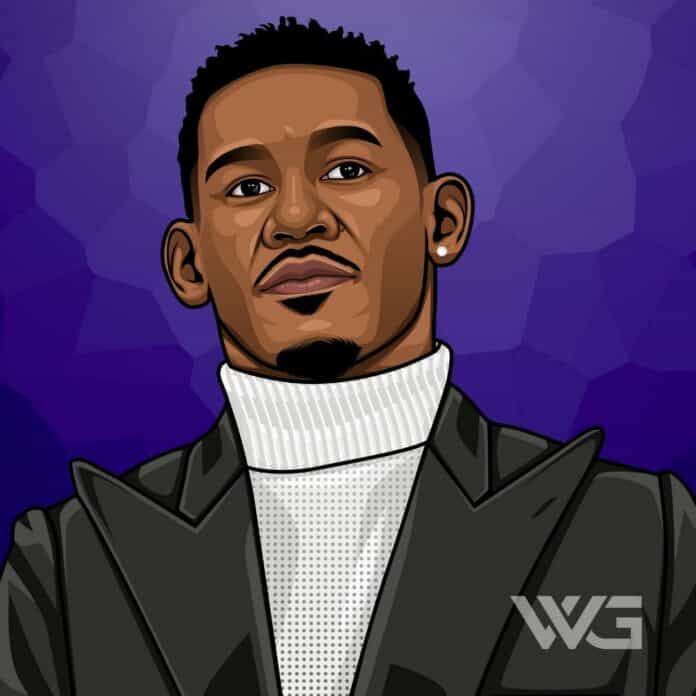 What is Daniel Jacobs’ net worth?

Daniel Jacobs is an American professional boxer who has made a name for himself by winning the world heavyweight championship twice.

Despite his career almost being cut short by cancer, Jacobs has come back to the ring swinging, and he isn’t showing any signs of backing down anytime soon.

As of February 2023, Daniel Jacobs’ net worth is estimated to be $10 Million.

Jacobs graduated from Erasmus High School and entered the ring as an amateur boxer, recording 137 wins to 7 losses.

Daniel Jacobs made his professional boxing debut in 2007 as an undercard in a match between Floyd Mayweather Jr. and Ricky Hatton.

During his first fight, Jacobs defeated Jose Jesus Hurtado in round one with a technical knockout and would continue to be undefeated for 20 more matches.

In 2010, Jacobs experienced his first professional loss against Dmitry Pirog in a match for the vacant WBO middleweight title.

However, Jacobs returned and won another 12 matches, including the WBA middleweight title in 2014, before losing it in 2017 to Gennady Golovkin.

Jacobs would win another three matches, including the vacant IBF middleweight title in 2018.

Unfortunately, Jacobs lost his title in his next match in 2019 to Canelo Alvarez after a brutal 12-round match.

From 2019 to 2020, Jacobs won two more consecutive matches before losing to John Ryder in his most recent match in 2022.

Far from being worth as much as Floyd Mayweather, Daniel Jacobs isn’t the wealthiest boxer in the industry, but he is gradually climbing that ladder.

While we don’t know much about how much he has gained from his fights, we do have information about what he’s earned from some of his biggest matches.

While he may never earn as much to qualify as one of the highest-paid athletes in the world, from just these few matches, it’s obvious that Jacobs is doing very well for himself.

Daniel Jacobs was previously in a relationship with Natalie Stevens, and together they have a son, Nathaniel “Nate” Jacobs, who was born in 2008.

Some drama arose for Jacobs in 2020 when he posted a photo of himself and his new girlfriend, Angela Simmons, on Instagram, which prompted backlash from Stevens.

However, Angela and Daniel are reportedly broken up, and nothing appears to have come from the Insta-drama.

Daniel Jacobs has defeated many opponents during his professional boxing career and won some impressive titles.

However, some of his achievements in the ring have stood out in their significance more than others.

Here are some of Daniel Jacobs’ best career victories:

While he hasn’t reached the level of renown that Mike Tyson has, seeing as the pair are tied in terms of net worth value, we expect it’s only a matter of time if Jacobs keeps performing as he has.

How Does Daniel Jacobs Spend His Money?

Fans got a taste of Daniel Jacobs’ expensive tastes when he placed his mansion up for sale in 2021.

Situated right next to a Jack Nicklaus golf course, the home has a hot tub, pool, wine cellar, cigar room, and private gazebo.

With seven bedrooms and five full baths, Jacobs originally bought the home in 2017 for $1.5 million, and we’re eager to see what his next home will look like.

Daniel Jacobs has enjoyed a lot of success throughout his career and won 37 out of his 41 total matches.

While all of his achievements are significant on their own, some points in his career have impacted his fame and net worth the most.

Here are some of the best highlights of Daniel Jacobs’s career:

He may not have earned as much money as fellow boxer Anthony Joshua, but Daniel Jacobs is well on his way if he continues to hit such impressive milestones.

Despite being best known for his fighting skills, Daniel Jacobs isn’t all about throwing punches.

In fact, Jacobs is remarkably well-spoken, as can be seen in many of his interviews where he talks about his career.

Here are our favorite quotes from Daniel Jacobs:

There is a lot we can learn from Daniel Jacobs about finding success.

Now that you know all about Daniel Jacobs’ net worth, let’s look at what he can teach us about reaching our own goals.

Here are some of the best success lessons to learn from Daniel Jacobs:

1. Take Control Of Your Fear

If you start from the bottom, looking ahead to the future can be scary, but it is ultimately important if you want to make a plan to achieve your goals.

While fear of the unknown is natural, overcoming it is what will ultimately lead you to success.

2. Don’t Put Others Above Yourself

Some people have a habit of putting others before themselves, and while this can be admirable in some circumstances, it can also lead to a person neglecting themselves if taken to the extreme.

Although it is nice to care for others, be sure to take care of yourself first and foremost, so you can continue chasing your own dreams.

Inspiration can come from almost everywhere if you’re able to employ a bit of creative thinking.

Get in the habit of looking for inspiration all day, every day, and you’ll be surprised by how much you can set yourself apart from everyone else.

Daniel Jacobs is a two-time middleweight champion who has beaten both cancer and some truly skilled opponents in the ring.

Make sure to check back often to stay up to date on any changes affecting Daniel Jacobs’ career and net worth.

As of February 2023, Daniel Jacobs’ net worth is estimated to be $10 Million.

What do you think about Daniel Jacobs’ net worth? Leave a comment below.