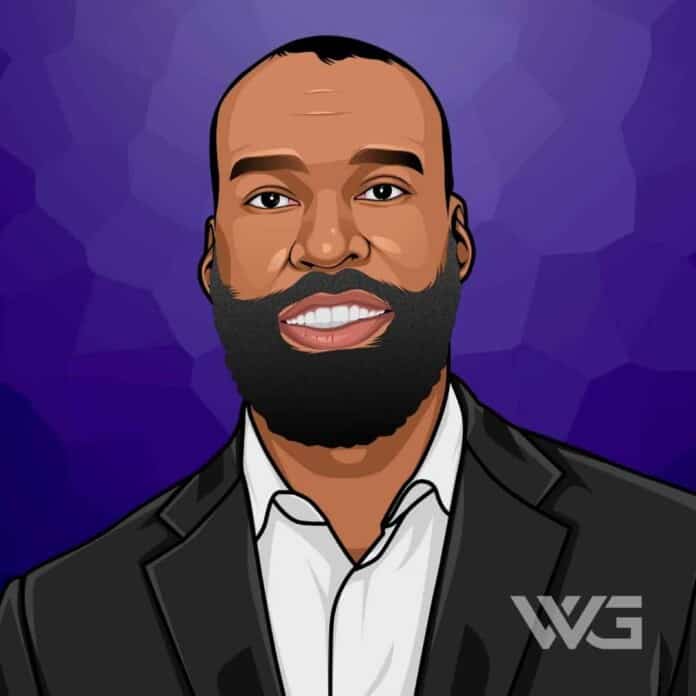 What is Baron Davis’ net worth?

Davis is a 2-time NBA All-Star, made the All-NBA Third Team in 2004, and led the NBA in steals twice.

In 1999, he was drafted with the third overall pick in the NBA draft by the Charlotte Hornets.

He was a star high school player while at Crossroads School.

Baron Walter Louis Davis was born on the 13th of April, 1979, in Los Angeles.

His grandmother and guardian were instrumental in pushing him to play basketball. With her encouragement, he enrolled at Crossroads School in Santa Monica.

As a senior at Crossroads, Davis led his team to the championship of The Beach Ball Classic tournament in Myrtle Beach.

While he earned MVP honors and a spot on the All-Tournament team along with future St. John’s standout Erick Barkley at that prestigious event.

The same year, Davis was also named Gatorade National Player of the Year and a Parade All-American.

Davis played for the New Orleans Hornets, Golden State Warriors, Los Angeles Clippers, and the Cleveland Cavaliers before signing as a free agent in 2011 with the New York Clippers.

He played college basketball at UCLA, where he was an All-American honoree before turning professional in his junior year.

In addition to his NBA career, he also became increasingly interested in the film industry.

Davis is a member of the Screen Actors Guild.

He earned the status by appearing in films such as ‘The Cookout’ and guest-starring on the television shows ‘Lincoln Heights’ and ‘The Forgotten.’

Davis also appeared on the television show Hot in Cleveland during Season 3.

He expanded his film resume by producing several films, including The Pool Boys and Crips and Bloods: Made in America.

In April 2014, the couple announced they were expecting a baby.

How Does Baron Davis Spend His Money?

Here are some of the best highlights of Baron Davis’ career:

“For me this was never a money issue, it was about being rich in your heart. To come home, and to be in the place where your dream first started, 15 minutes away from where my grandfather built my first basketball court, is a dream come true.” – Baron Davis

“I just stopped liking basketball. And then you dribbling down the court and having the owner like cuss at you and call you an idiot. I didn’t even look forward to coming to the games, and if the owner [Donald Sterling] came to the game, I definitely was not gonna have a good game.” – Baron Davis

“I played with Mike Dunleavy Jr., and we got a great relationship on the Warriors. Knowing him and now knowing his dad, all I know is he’s a man of his word. Anything that he’s ever said to me has been honest and I respect that.” – Baron Davis

Now that you know all about Baron Davis’ net worth and how he achieved success; let’s take a look at some of the lessons we can learn from him:

Take your time to really learn and study the fundamentals of your pursuit so that one day, your fully developed skill set will allow you to grow into a leader.

If you want to make a statement, wear purple.

Fight and dream, that’s the key to success.

How much is Baron Davis worth?

Baron Davis’ net worth is estimated to be $60 Million.

How old is Baron Davis?

How tall is Baron Davis?

Baron Davis is an American professional basketball player who was born in Santa Monica.

Davis last played for the New York Knicks. He was drafted as the third pick in the 1999 NBA Draft by the Charlotte Hornets.

What do you think about Baron Davis’ net worth? Leave a comment below.