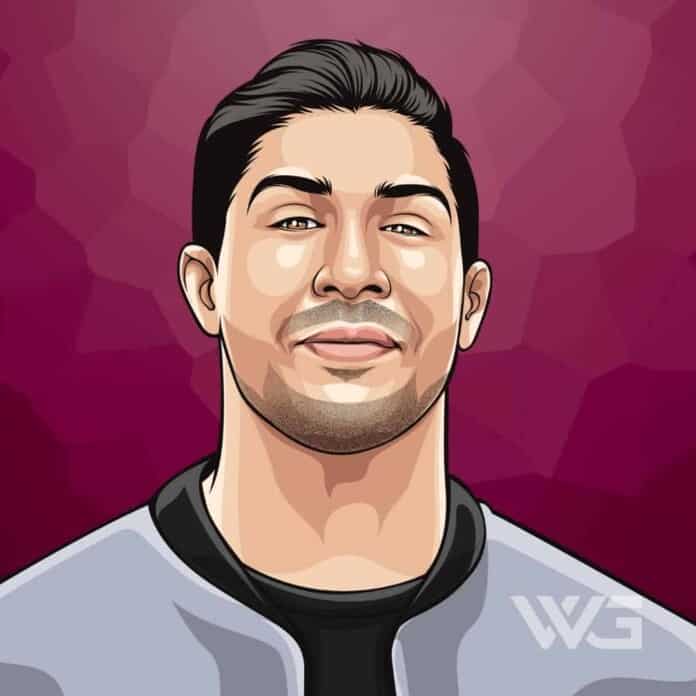 What is Brendan Schaub’s net worth?

As of November 2022, Brendan Schaub’s net worth is estimated to be $2 Million.

Since 2014, Schaub has co-hosted The Fighter and the Kid podcast alongside Bryan Callen and also currently has a solo podcast titled Below the Belt with Brendan Schaub.

Brendan Peter Schaub was born on the 18th of March, 1983, in Aurora, Colorado. Schaub is the son to Debra and Peter Schaub. He is of German, Italian, and English descent.

He received no college athletic scholarship offers but he tried out for both the football team and lacrosse team at Whittier College and was accepted to both.

Schaub went undrafted in the 2006 NFL Draft but would later be signed by the Buffalo Bills to their practice squad.

Schaub’s professional career began in 2009. He signed with UFC to compete on the tenth season of The Ultimate Fighter.  In his first fight on the show, he faced Demico Rogers, defeating him via first-round submission with an anaconda choke to move onto the quarter-finals.

Schaub won his fight by KO (punch) in the second round against Jon Madsen.

Schaub would then face Gabriel Gonzaga at UFC 121. Schaub won via unanimous decision. He and Frank Mir were tentatively booked for a contest at UFC 128 in 2011.

In 2015, Schaub was a guest on The Joe Rogan Experience podcast and announced his retirement from MMA.

Here are some of the best highlights of Brendan Schaub’s career:

“In comedy, when you bomb, especially at The Comedy Store in front of a sold-out house? I think it would have been way worse if I bombed there than losing a UFC fight.”– Brendan Schaub

“I guess I am not supportive of certain issues that link up with UFC. So, you won’t see ‘Big Brown’ on ‘UFC Now’ anymore.” – Brendan Schaub

“Just pushing myself for more rounds at a higher pace in training. Your focus should be grounded in what you do, and that’s fighting. I’m getting my cardio that way.” – Brendan Schaub

“Whether it’s sparring five rounds or rolling and doing drills, I do most of my cardio at practice. As far as running outside or riding a bike? That’s not fighting, so I only do things that are going to help me in the Octagon.” – Brendan Schaub

“I always wondered, like, you know how you go to the family barbecue, and your uncle is that funny guy that you laugh at because he’s family? That’s how I felt with ‘Fighter and the Kid.’ People would laugh at my stuff, but it was always tough for me to tell. I just needed to see if there was something going on.” – Brendan Schaub

Now that you know all about Brendan Schaub’s net worth, and how he achieved success; let’s take a look at some of the lessons we can learn from him:

1. You Are the Only Person Who Can Bring Yourself Happiness

No one else can do it for you: no boyfriend or girlfriend, no amount of money, no material things, no job. Happiness is the house you build within yourself.

2. Pain is Inevitable in Life

Sometimes I wonder if it is a prerequisite of living… that we each must suffer some sort of pain. Ask for help when you need it because others are more understanding than you may expect.

And when someone comes to you because of their pain, listen to them and lend them a hand if you can. Overcoming your pain only makes you stronger and wiser, and looking back, you will be grateful for what you have learned coming out of it.

3. Anything Can Be Accomplished These Days

So don’t be afraid to chase your dream. It is possible to… more possible than you could ever imagine. It all depends on yourself and how much you want it.

How much is Brendan Schaub worth?

Brendan Schaub’s net worth is estimated to be $2 Million.

How old is Brendan Schaub?

How tall is Brendan Schaub?

Brendan Schaub is an American mixed martial artist and former professional football player who retired from MMA in 2015 but has still had success in pursuits following retirement.

As of November 2022, Brendan Schaub’s net worth is estimated to be $2 Million.

What do you think about Brendan Schaub’s net worth? Leave a comment below.