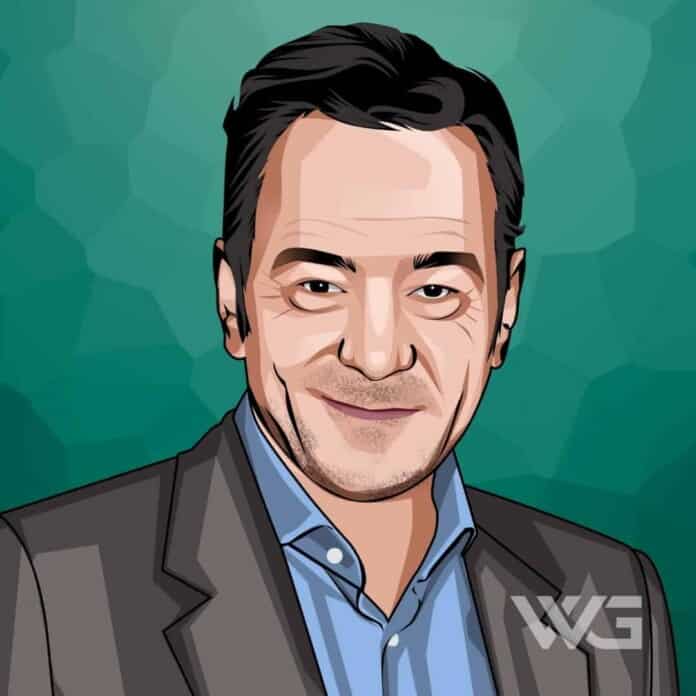 What is Bryan Cranston’s net worth?

Bryan Lee Cranston is an American director, producer, screenwriter, and actor from Hollywood, who is best known for his roles as Walter White in Breaking Bad and as Dr. Tim on the NBC sitcom Seinfeld.

This article talks a little about his life, career, and how he managed to make all the money throughout his career.

Bryan Cranston was born in Hollywood California on the 7th of March, 1956. He is the second of three children born to Annalisa and Joseph Louis Cranston.

Cranston’s father worked as an actor. When Cranston was 12 years old he encountered a young Charles Manson while riding horses with his cousin in Spahn Ranch.

Cranston attended Canoga Park High School where he graduated with a degree in police science. He was also a member of the school’s chemistry group. Cranston began his acting career after he graduated from college.

Bryan Cranston started his career with Granada Theater in the San Fernando Valley. He took up odd jobs, working as a waiter, and a security guard. In the 1980’s he started getting small roles in films. From 1983 to 1985 he was in the ABC TV series “Loving”.

At the beginning of the 1990s, he played characters that let him showcase his acting career. He starred in several films and tV-shows including “Seinfeld”, “From the Earth to the Moon” and “Saving Private Ryan”.

In 2002 Cranston was selected for a leading role in “Malcolm in the Middle”. He was a part of the cast until the series went off in 2006. His role gave him three Emmy Award nominations for Outstanding Supporting Actor in a Comedy Series.

From 2008-2013 he played the starring role of Walter White in the AMC crime drama “Breaking Bad”, alongside Aaron Paul, which was a major milestone of his career.

His performance won him the Primetime Emmy Award for Outstanding Lead Actor in a Drama Series. Cranston achieved five Golden Globe nominations and one win for the same role.

In 2014 he played in the Broadway play “All The Way” which earned him the “Tony Award for Best Actor in a Play. Since then he has appeared in several films and TV-shows and films.

Here are some of the best highlights of Bryan Cranston’s career:

“In order to be an actor you really have to be one of those types of people who are risk-takers and have what is considered an actor’s arrogance, which is not to say an arrogance in your personal life. But you have to be the type of person who wants the ball with seconds left in the game.” – Bryan Cranston

“Something’s happened in our society which I don’t think is beneficial, and that’s what you see the public being fed box-office news. Newscasts now, every local station – I’ve been traveling around the country a lot, and you see the local news, and they give box-office reports.” – Bryan Cranston

“Right now, what I need, is for you to climb down out of my ass. Can you do that? Will you do that for me, honey? I’d appreciate it. I really would.” – Bryan Cranston

“Because we had known the good times, I think my brother and I felt the loss more acutely. My father’s waning presence, his chronic absence, his disappearance. Now he was just a memory.” – Bryan Cranston

“Here’s what I think: You ID them, and then together, you and I put a bag over their heads, we tie ’em up, drag them way out into the desert, strip ’em naked, bury them way up into their necks in a huge mound of fire ants. Saw it in an old Western.” – Bryan Cranston

“I have spent my whole life scared, frightened of things that could happen, might happen, might not happen, fifty years I spent like that. Finding myself awake at three in the morning. But you know what? Ever since my diagnosis, I sleep just fine. What I came to realize is that fear, that’s the worst of it. That’s the real enemy. So, get up, get out in the real world and you kick that bastard as hard you can right in the teeth.” – Bryan Cranston

How much is Bryan Cranston worth?

Bryan Cranston’s net worth is estimated to be $40 Million.

How old is Bryan Cranston?

How tall is Bryan Cranston?

Bryan Cranston is mostly known for his roles in Seinfeld and in his successful role as Walter White in Breaking Bad. Cranston is one of the most popular actors in Hollywood right now.

As of December 2022, Bryan Cranston’s net worth is estimated to be $40 Million.

He earned his net worth from his many performances in voice acting, television, and film. Cranston is today also known for his writing and directing of TV sitcoms and films.

What do you think about Bryan Cranston’s net worth? Leave a comment below.

What is Heidi Klum's net worth? Introduction  As of ,...