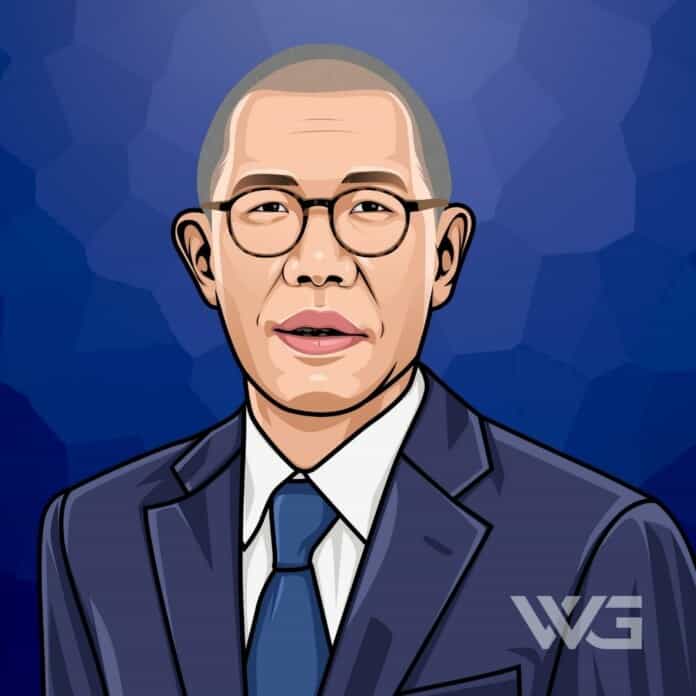 What is Zhong Shanshan’s net worth?

Zhong Shanshan is a Chinese businessman and entrepreneur.

Shanshan founded bottled water Nongfu Spring in 1996. Today, the company is the largest packaged water manufacturer in China. It also makes tea and other beverages.

Shanshan also owns and serves as the chairman of the company Wantai. In addition to making hepatitis E testa kits, Wantai developed a nasal spray COVID-19 vaccine in 2020.

Zhong Shanshan was born in 1954 in Hangzhou. He dropped out of elementary school and found work in construction. In 1977, he enrolled at the Zhejiang Radio & TV University, studying Chinese. He was a journalist at the Zhejiang Daily.

In 1988, he moved to Hainan, an island of southern China. He began selling mushrooms, prawns, and turtles during his time there. He then went on to work at the Wahaha beverage company as a sales agent.

In 1996, Shanshan founded a bottled water company in Hangzhou, which became Nongfu Spring. A few years later, Nongfu Spring stopped removing natural minerals from its water. It was popular in China, where distilled water was the norm at the time.

Under Shanshan’s leadership, the company grew to be the largest bottled water maker in China. It’s also one of the largest beverage companies in the world. The company has beat out Coca-Cola, Watsons, and Pepsi. He took advantage of the new technologies such as cloud computing and big data in order to gain a key advantage in understanding Nongfu Spring’s customer base.

Nongfu Springs natural became the most popular bottled water in the country in 2012. At the beginning of 2012, Nongfu Spring was the number one seller of packed beverages in China. It maintained the dominance for 8 years.

The company’s initial public offering in 2020 massively increased Zong’s wealth. It expanded his fortune from 18.9 billion dollars to over 50 billion dollars. This made Shanshan China’s wealthiest or second-wealthiest person, according to Bloomberg and Forbes, respectively.

His rise came alongside a wave of wealth in China. By September 2020, he owned a 75% stake in Beijing Wantai Biological Pharmacy. Wantai went public in 2020. As of January the following year, he owned 84.4% of Nongfu Spring and was its chairperson.

How Does Zhong Shanshan Spend His Money?

Shanshan maintains a low public profile and has been called a “lone wolf” by Chinese media.

Here are some of the best highlights of Shong Shanshan’s career:

Now that you know all about Zhong Shanshan’s net worth and how he achieved success; let’s take a look at some of the lessons we can learn from him:

Mistakes are a part of being human. Appreciate your mistakes for what they are: precious life lessons that can only be learned the hard way.

Fear is not a good teacher. The lessons of fear are quickly forgotten. Do the thing you fear to do and keep on doing it… that is the quickest and surest way ever yet discovered to conquer fear.

A hungry stomach, an empty wallet, and a broken heart teach you the most valuable lessons in life.

How much is Zhong Shanshan worth?

Zhong Shanshan’s net worth is estimated to be $68 Billion.

How old is Zhong Shanshan?

How tall is Zhong Shanshan?

Zhong Shanshan is a Chinese businessman and entrepreneur.

Shanshan has earned his fortune thanks to the Chinese bottled water company Nongfu Spring and the Beijing Wantai Biological Pharmacy. He owns 85% of Nongfu and 75% of Wantai.

Shanshan was born in Hangzhou, China. He dropped out of school at 12 years old before earning his fortune working as a construction worker, news reporter, and mushroom farmer.

What do you think about Zhong Shanshan’s net worth? Leave a comment below.