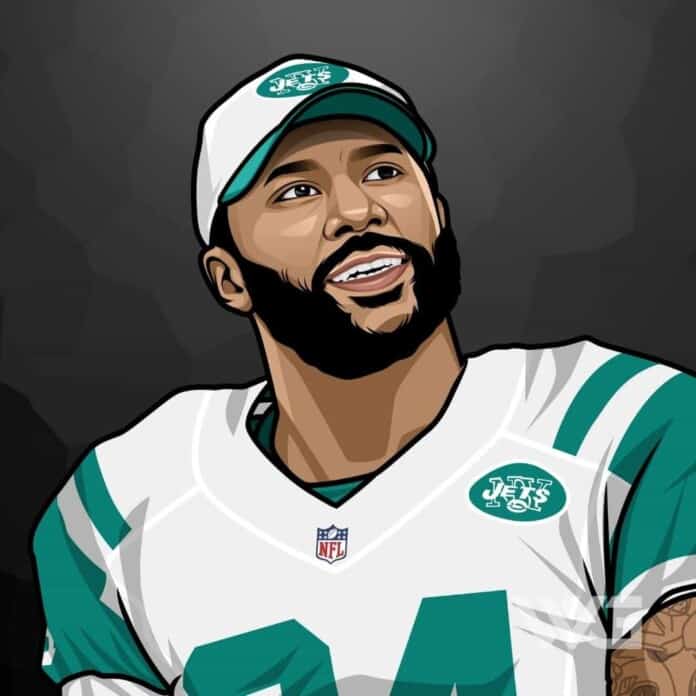 What is Darelle Revis’ net worth?

He is considered to be one of the greatest cornerbacks of all time. He has been named to seven Pro Bowls and was a four-time All-Pro during his career.

Darelle Revis was born on the 14th of July, 1985, in Pennsylvania. During his school years, he became the Player of the Year in 2003. He led Aliquippa to a win over Northern Lehigh by scoring five touchdowns.

In his junior and senior years, Revis led Aliquippa to Western Pennsylvania Interscholastic Athletic League. He also had the most interceptions out of any other cornerback in high school.

Revis was considered to be one of the top three cornerbacks available for the 2007 NFL Draft. He was picked by the New York Jets and was left with a 47-page, five-year contract.

He made his professional debut and performed well. His first game of the regular season came against New England Patriots. He continued to show significant improvement before he finished the years with 97 tackles, one sack ad three interceptions.

In 2008, Revis continued to perform well, and by the end of the season, the Jets was ranked 29th overall in terms of pass defense. After signing a new contract, he suffered an injury. The injury would continue to trouble him throughout the rest of the season.

Revis was thinking about leaving the Jets in 2012, and he suffered a mild concussion and a knee injury that put him out for the rest of the season again.

The following year, he was traded to the Tampa Bay Buccaneers. He didn’t really fit in with his new team and was then released to sign with the Patriots. He would spend another season with the Patriots before he signed with the Jets once again in 2015.

How Does Darelle Revis Spend His Money?

Darelle Revis owns a massive home in Florida that comes with many lavish amenities. He also has a love for lavish cars.

Revis’ owns an incredible home in Plantation, Florida.  He purchased the home for $875,000, and it comes with four bedrooms and five bathrooms. The home was built in 2006, and it comes with a three-car garage and a swimming pool.

Revis’ has an impressive collection of cars. One of his most notable cars is a red Range Rover.

Here are some of the best highlights of Darelle Revis’ career:

“You gotta know who you are, I think, as a person, I’m a laidback guy. I’m very simple. It’s simplicity with me. Everything else, having the 10 cars or the 20 cars is ludicrous.” – Darrelle Revis

“You just never know with contract situations and the whole business side of it. I’m here now and I’m happy to be here now. The future will take care of itself.” – Darrelle Revis

“My work ethic, my study habits I feel propelled me to strive to be one of the greatest and it took a lot of work, week in and week out, to prepare and play at the highest level, cover some of the toughest receivers in the world.” – Darrelle Revis

“I accomplished a lot in my career and the assignments that I had to face during my career, it takes a lot of toll on the body, week in and week out. Every day my purpose is notust be the best at my position, but be the best player on the f, which was my motivation. I came out in practice, I tried to set a tone.” – Darrelle Revis

“Yeah, I would’ve loved to play my whole career here and wear the green and white until I actually retired. Things happen. Things happen, there’s team acquisitions coming in, a different direction a team may want to go. It happens, it really does. That’s how I can kind of sum that up – it happens.” – Darrelle Revis

Now that you know all about Darelle Revis’ net worth and how he achieved success; let’s take a look at some of the lessons we can learn from him:

The only way to handle pressure is to apply it.

You never know about contract situations and the whole business side of it. Be here now and be happy to be here now. The future will take care of itself.

You gotta know who you are. Revis means he is a laidback guy. He’s very simple.

How much is Darrelle Revis worth?

Darrelle Revis’ net worth is estimated to be $70 Million.

How old is Darrelle Revis?

How tall is Darrelle Revis?

Darelle Revis is a former American professional football player who is considered one of the best cornerbacks of all time. Revis played college football at the University of Pittsburgh.

Revis made a name for himself with the New York Jets, and he earned the nickname “Revis Island” due to his imposing presence on the field. He retired from the NFL in 2020 after finishing his career with the Kansas City Cheifs.

What do you think about Darelle Revis net worth? Leave a comment below.