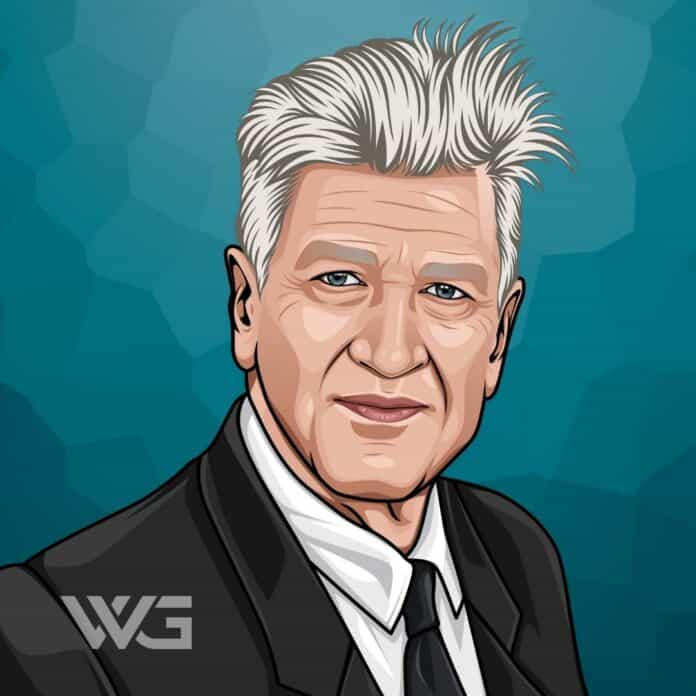 What is David Lynch’s net worth?

David Lynch is a visionary director who has received numerous awards for his work over the course of his decades-long career.

While he is well into his 70s, Lynch continues directing, acting, and entertaining fans with no signs of stopping anytime soon.

Because his father worked as a research scientist for the U.S. Department, David moved often as a child, living in Spokane, Washington, Durham, North Carolina, Boise, Idaho, and Alexandria, Virginia.

Outside of school, David was in the Boy Scouts and was with other scouts outside of the White House when John F. Kennedy was inaugurated as president.

When he was young, Lynch was interested in drawing and painting, and after graduating from Francis C. Hammond High School, he enrolled at the Corcoran School of Arts and Design in Washington, D.C., where he began his studies.

In 1964, Lynch transferred to the School of the Museum of Fine Arts, Boston, though he left after a year, stating that it wasn’t inspiring.

After traveling Europe for two weeks, he returned to Virginia before enrolling at the Pennsylvania Academy of Fine Arts.

After meeting and having a child with fellow student Peggy Reavey, Lynch bought a cheap 12-room home in a high-crime area where he would eventually film his first short film, Six Men Get Sick, in 1967.

Following the surprise success of his first short film, Lynch started working on filmmaking in earnest, and by 1972 he had started filming Eraserhead, a surrealist horror that was released in 1976 and became a popular midnight movie in the underground scene.

Lynch’s next big success came with The Elephant Man in 1980, which starred John Hurt and Anthony Hopkins, and earned him eight Academy Award nominations.

In 1986, his next big hit was Blue Velvet, a noir mystery thriller based on a script Lynch had worked on for years.

This film earned him his second Academy Award nomination for Best Director, and director Woody Allen even said it was his favorite film of the year.

Entering the 1990s, Lynch found success once again with Twin Peaks, a show which got two seasons, though Lynch was unhappy with the direction the studio and writers were taking it.

While the studio opted to cancel it after season two, Lynch directed the final episode to leave the story on a cliffhanger because he didn’t want the story to end in a way he wasn’t satisfied with.

Lynch would get the chance to bring Twin Peaks back in 2015 after seeing multiple successes from movies, including Mulholland Drive.

This time around, Lynch and producer Mark Frost were able to write all of the episodes themselves, and while speculation of a future season hasn’t been ruled out, there has been no confirmation either.

In 2020, Lynch sold facemasks with his art on them and re-released his 2002 film Rabbits on YouTube.

A year later, it was announced that he would direct two new works for Netflix, though the names of the series or movies haven’t been released.

David Lynch has never released his career earnings officially, so all we know for sure is his accumulative net worth.

That said, we do know a bit about how he’s earned his fortune.

He may not be one of the richest directors in the world, but as he continues working, he may very well break that threshold before long.

David Lynch has had several long-term relationships, first with Peggy Reavey, with whom he had one child, Jennifer, in 1968.

Mary and David later divorced in 1987, and he developed a relationship with Mary Sweeney, with whom he had one son, Riley, in 1992.

Sweeney and Lynch eventually married in May 2006 but filed for divorce a month later in June.

In 2009, Lynch married Emily Stofle, and together they have one child, Lula Boginia, who was born in 2012.

Outside of filmmaking, Lynch openly advocates for Transcendental Meditation and was initiated into the practice in 1973.

On his official Twitter account, he promotes his films and events he appears at, while on his official YouTube channel, he uploads his Weather Report series and short films.

As an esteemed director, David Lynch has won numerous awards throughout his career.

While he has earned more accolades and nominations than we can name, some have been more prestigious than others.

Here are some of David Lynch’s most esteemed awards and nominations:

While he may not have won as many awards as Quentin Tarantino overall, David Lynch has earned a total of 25 awards and 47 nominations throughout his career.

How Does David Lynch Spend His Money?

Although there isn’t a lot of information around about how David Lynch spends his money, particularly on houses or cars, we do know about one particular extravagant purchase.

In 2002, Lynch spent $1 million to study Transcendental Meditation for a month in the Netherlands with the movement’s founder, Maharishi Mahesh Yogi.

We know that Lynch takes Transcendentalism very seriously, even having his own official foundation website dedicated to it.

Lynch states that he started transcendental meditation in 1973 and has continued to meditate twice every day ever since.

Aside from this purchase, we know he owns numerous homes in Los Angeles, one of which is reportedly worth $4 million.

David Lynch has reached a remarkable number of milestones during his career in the entertainment industry, but some have been more impactful than others.

Without these points in his career, Lynch may never have reached the level of success that he enjoys today.

Here are some of the best highlights of David Lynch’s career:

Lynch has done a lot during his career, but these five highlights are the ones that secured his success as a film director.

David Lynch likes to think of things in an abstract way, which has allowed him to succeed so well in the world of cinema and art.

However, along with giving him a unique artistic vision, his way of thinking has also helped make him quite profound.

Here are our favorite quotes from David Lynch:

There are many great lessons we can learn from David Lynch and his career as a filmmaker.

Now that you know all about David Lynch’s net worth, we can take a closer look at what he can teach us about reaching our own goals.

Here are some of the best success lessons to learn from David Lynch:

When most people make a mistake, instead of trying to use it, they become frustrated and upset.

However, when you approach mistakes like happy accidents that can be turned into something positive, you’ll be much less likely to become discouraged.

Everything has a silver lining if you’re able to look at things with a positive attitude.

Some people have great ideas but never share them for fear of being rejected or even made fun of.

However, if you don’t share your ideas, you’ll never be able to stand out or make a name for yourself.

Everyone has their own intuition and learning to use and trust it is something that every successful person needs to do.

While you shouldn’t base all of your decisions on it, your intuition can be yet another great tool in your arsenal when it comes to reaching your goals.

David Lynch has left a lasting legacy in cinema, and he’s earned a fortune while doing it.

As he continues creating into the future, we expect to see his net worth reach new heights, especially since he has shown no signs of retiring any time soon.

Make sure to check back regularly so that you don’t miss any updates pertaining to David Lynch’s wealth.

What do you think about David Lynch’s net worth? Leave a comment below.