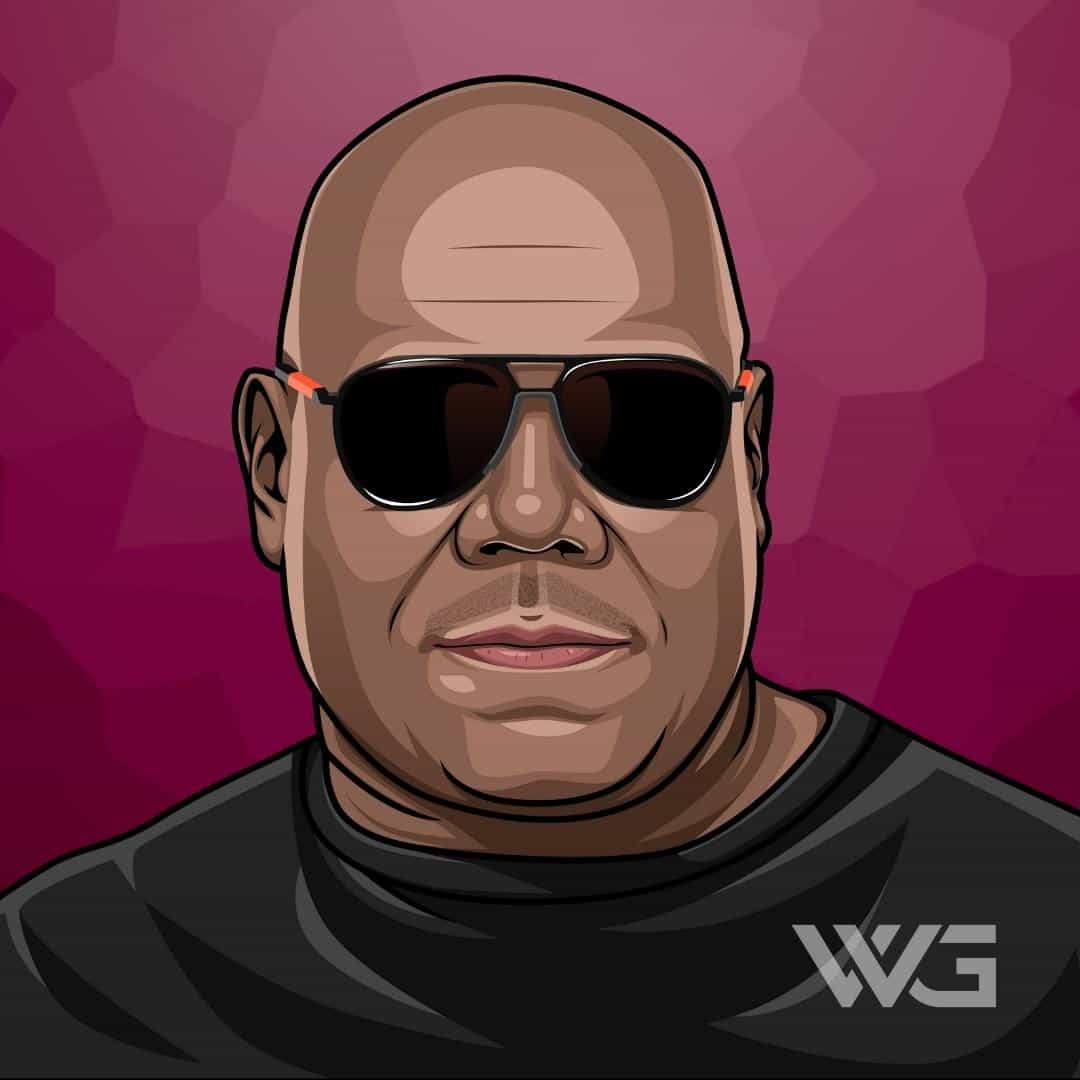 What is Carl Cox’s net worth?

Carl Cox is a British dj and music producer who began DJing as a teenager, becoming one of the most celebrated performers working in the house and techno genres.

An icon of the early rave scene, his career includes residencies at some of the biggest venues in the world, and hugely popular radio shows, including BBC Radio One’s Essential Mix.

Carl Cox was born on 29th July 1962, in Oldham, and spent most of his early life in the south London district of Carshalton.

In his late teens, Cox moved to Brighton, finding work as a mobile DJ and finding a passion for disco music, which led to his discovery of Chicago house music.

By the 1980s, Carl Cox was enjoying success as a main stage DJ in the British rave scene, performing at some of the most iconic events of the era such as the Shoom night set up by Danny Rampling.

By the early 1990s, he was releasing music through the Perfecto label set up by Paul Oakenfold, embracing techno and other harder genres ideally suited to nightclubs.

Residencies at Space in Ibiza, Spain, and appearances at some of the biggest festivals in the world, including Creamfields and Ultra Music Festival saw Cox catapulted into the mainstream.

Over the course of his career, Carl Cox has played alongside some of the richest DJs in the world, as well as headlining at major nightclubs and music festivals.

Hacienda, the Eclipse, Heaven, and Fantazia are just some of the legendary venues where Cox has performed to huge crowds of fans.

He appeared alongside Martin Garrix in the documentary, What We Started, and also had a minor role in Human Traffic, the 1999 movie exploring the dance music subculture in the UK.

Carl Cox has earned a consistently high salary, with revenue from multiple sources over the course of his career.

Sales from his singles and numerous compilation albums and mixes, combined with his salary for nightclub residencies, ensure a regular income.

His estimated annual salary of between $643,000 and $2 million will include earnings from his radio shows and other business ventures, for instance, his record label, Intec Records.

With a consistent career in the music industry that includes regular gigs with various nightclubs and a steady stream of new releases through his label, Carl Cox’s net worth has continued to grow.

In addition to revenue generated through his official Carl Cox website, in 2021, it was revealed that Cox had signed to BMG Records, further enhancing his income and overall net worth.

Cox has performed regular concerts, with double-digit appearances in several recent years, meaning his net worth growth is unlikely to slow down any time soon.

Little is known about Carl Cox’s personal life, with the professional DJ and music producer preferring to keep a low profile.

Cox has been residing in Hove, a seaside resort located in the southeast of England.

This puts Cox in the vicinity of several famous English music stars, notably Fatboy Slim, with whom he has collaborated on music in the past.

With his career beginning in the 1980s and continuing to this day, Carl Cox has been widely recognized by the dance music industry as one of the hottest talents around.

Here are some highlights from Carl Cox’s career:

How Does Carl Cox Spend His Money?

As an internationally renowned DJ with several decades of experience in the music industry, Carl Cox is in a unique position to lead a lavish lifestyle.

He’s passionate about cars and has a broad selection of classic vehicles in his collection, including a Ford Mustang, Range Rover, and a sporty McLaren 675 LT.

He’s also a keen motorbike collector and owns some of the best-naked motorcycles in the world, as well as a Moto GP-spec Ducati Desmosedici and an MV Agusta F4 Claudio.

Carl Cox has performed at every top-of-the-line nightclub in the world, and his music is widely regarded as among the very best house and techno ever released.

Here are some of the best highlights of Carl Cox’s career:

While Carl Cox might be reluctant to speak openly about his personal life, when it comes to waxing lyrical about the music he’s offered plenty of wise words on the subject.

Here are our favorite quotes from Carl Cox:

Now that you know all about Carl Cox’s net worth, let’s see what we can learn from his experiences in the music industry and commitment to breaking down boundaries.

Here are some of the best success lessons to learn from Carl Cox:

1. If You Want Full Control Of Your Music Set Up Your Own Label

Carl Cox has been able to enjoy complete creative control over his music through working with the best labels around.

Setting up his own labels, however, has opened up more creative opportunities for the DJ to try out new things.

2. Don’t Become Pigeonholed In One Genre Of Music

Aspiring DJs can often find themselves trapped in a particular style and playing to the same audience.

The best DJs avoid this by switching up the genres they play and taking a more eclectic approach to their sets.

3. You Don’t Have To Share Everything With The Public

If you’re lucky enough to become as rich and famous as Carl Cox, chances are you’ll get plenty of media attention.

While some stars enjoy the limelight, Cox has shown that it’s okay to keep to yourself and live a quieter life.

That wraps up this overview of Carl Cox’s net worth, from his origins as a mobile DJ to his international jet-setting lifestyle as one of the world’s hottest DJs.

As well as mastering DJing, Cox has proven himself to be a fantastic music producer, with a discography full of dancefloor classics.

With his career showing no signs of slowing down, his net worth is expected to grow, so check back on this article at a later date for our updates.

What do you think about Carl Cox’s net worth? Leave a comment below.