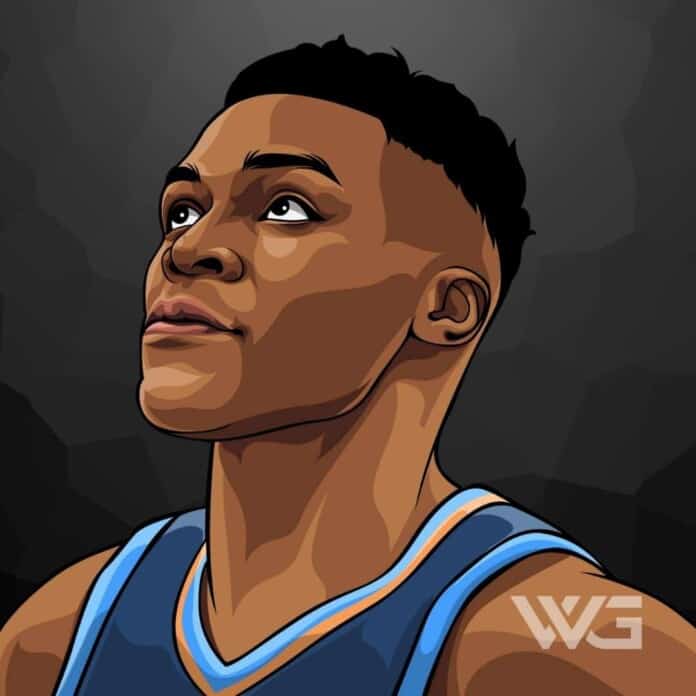 What is Russell Westbrook’s net worth?

As of November 2022, Russell Westbrook’s net worth is estimated to be $200 Million.

Russell Westbrook is an American professional basketball player for the Oklahoma City Thunder of the NBA.

Growing up in Hawthorne, Westbrook and his best friend, Khelcey Barrs III, had hopes of going to UCLA and playing together. However, in May 2004, Barrs died from an enlarged heart during a pickup game.

Drafted by Oklahoma, Russell Westbrook showed the first glimpse of his talent in 2009, when he scored his very first triple-double and eventually ended up in that season’s NBA All-Rookie First Team, and was placed at number four in the line-up.

In Oklahoma’s second season, his team got eliminated in the first round itself by Los Angeles Lakers, but Russell concreted his place in the team with a final personal score average of 16.1 points.

In 2011 Western Conference Tournament, he played a big role in helping his team reach the finals. The same year, the coaches included him in the team for 2012 NBA All-Star Game, and owing to his exuberant performance, his team reached the finals for the first time since the franchise was reintroduced.

Due to a knee injury, he missed the first two games of the 2013-14 season and in his comeback match against New York Knicks, he led his team to an explosive win, where he scored 14 points.

In a match against New Orleans Pelicans in 2015, Westbrook broke his previous career-high record of 45 points and scored 48 points and in the same year, he returned to All-Star Tournament 2015 after a long hiatus due to surgeries.

Here are some of the best highlights of Russell Westbrook’s career:

“Messy stuff irritates me. I don’t like messiness. If you leave something around my house, I’ll tell you to move it back, clean it up, throw it in the trash – don’t matter, just get rid of it. I need stuff neat, organized. And once I start cleaning stuff, I don’t stop until it’s done. Otherwise, I’m irritated all day.” – Russell Westbrook

“If I get to know somebody, I’ll open up, but other than that I like to sit back and observe things.” – Russell Westbrook

“Because [Russel Westbrook] is so rare and impacts the game in so many different ways, you see the usage and the amount of time he’s playing and say, ‘is this sustainable?’ I look at it the other way. Are we playing the right way, are we playing together as a team, and what are his minutes like? This is not a guy that’s playing 42 minutes a night. When he goes out there he’s going to play to who he is, and I think he also understands that in order for our team to be the best we can be he’s got to incorporate and help everybody grow as players.” – Russell Westbrook

Now that you know all about Russell Westbrook net worth, and how he achieved success; let’s take a look at some of the best lessons we can learn from him:

1. Stress is Part of the Game

So you have to learn to use it to your advantage. It has to become a weapon. Use stress as the motivator. Use stress as adrenaline. If you let it suffocate you, it will defeat you.

Because this is the best self you can be.

How much is Russell Westbrook worth?

Russell Westbrook’s net worth is estimated to be $200 Million.

How old is Russell Westbrook?

How tall is Russell Westbrook?

Russell Westbrook is one of the most looked up to NBA stars of present times, Russell has come a very long way. He began his NBA career in 2008 when he was drafted by ‘Seattle SuperSonics’, which was later renamed to ‘Oklahoma City Thunder’ a few days later, and the extremely successful association continues to this day.

What do you think about Russell Westbrook’s net worth? Leave a comment below.