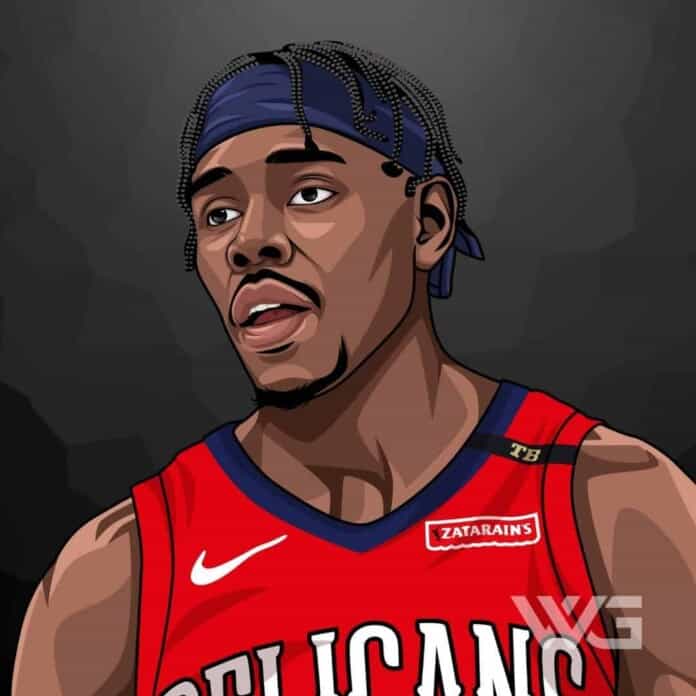 What is Jrue Holiday’s net worth?

Jrue Holiday is an American professional basketball player for the New Orleans Pelicans of the NBA.

Holiday played college basketball for one season with the UCLA Bruins before being selected by the Philadelphia 76ers in the first round of the 2009 NBA draft with the 17th overall pick.

Holiday attended Campbell Hall School in the Los Angeles district of Studio City and was ranked as one of the best college recruits in the nation in the class of 2008.

He played on the varsity basketball team all four years of high school. As a senior, he was named the 2008 Gatorade Player of the Year.

Holiday was drafted 17th overall by the Philadelphia 76ers in the 2009 NBA draft. He became the team’s starting point guard in March of the 2009–10 season.

In 2010, Holiday beat his career-high, scoring 29 points against the Cleveland Cavaliers. On February 2, 2011, Holiday recorded his first career triple-double, with an 11-point, 10 rebounds, 11 assist win over the New Jersey Nets.

On July 12, 2013, Holiday was traded to the New Orleans Pelicans for Nerlens Noel and the Pelicans’ 2014 first-round draft pick. His season ended prematurely in 2013–14 after season-ending surgery in February 2014 for a stress fracture in his right tibia.

Here are some of the best highlights of Jrue Holiday’s career:

“I think I lead by example. I don’t talk much. Talk when it’s needed, but I go out there and play hard every day and do it the right way.” – Jrue Holiday

“That’s where faith comes in. I’ve struggled more with being away from her. She keeps me strong. Being away from her means I have to stay in the Word and to stay strong throughout the season.” – Jrue Holiday

“I try to take it and leave it in God’s hands. I try to do what he wants me to do, come out here and perform the best I can for my teammates. That’s my responsibility. This is a tough league. Outside of basketball, the lifestyle is tough – the travel. Honestly, I think that responsibility is pretty tough, but I don’t believe that God gives us anything we can’t handle.” – Jrue Holiday

“My wife has helped me with a lot of things. She’s also got me to like a lot of different things like sushi. I would never have tried that if it weren’t for her. I also went to Hillsong (Church) in New York for the first time with her. It’s fun to experience new things with the person you love.” – Jrue Holiday

Now that you know all about Jrue Holiday’s net worth and how he achieved success; let’s take a look at some of the lessons we can learn from him:

2. Make The Best Of The Situation

How much is Jrue Holiday worth?

Jrue Holiday’s net worth is estimated to be $30 Million.

How old is Jrue Holiday?

How tall is Jrue Holiday?

Jrue Holiday is an American professional basketball player who played at Campbell Hall High School, where he was named California Mr. Basketball and the Gatorade National Player of the Year.

As of December 2022, Jrue Holiday’s net worth is approximately $30 Million.

What do you think about Jrue Holiday’s net worth? Leave a comment below.